Jeepers Creepers: Reborn is a horror film directed by Timo Vuorensola, which is his Hollywood debut. The film was written by Sean Michael Argo. This is the fourth film and reboot in the ‘Jeepers Creepers’ franchise which is considered the first in a trilogy planned separately from Victor Salva’s original trilogy.

Timo Vuorensola, who worked on the sci-fi ‘Iron Sky’, reboots the Legendary Series that follows Laine as she travels with her boyfriend Chase to the Hound Horror Festival in Louisiana. The film is scheduled to open in September 2022 in theaters worldwide.

The film opens as the Horror Hound festival holds its first event in Louisiana, where it attracts hundreds of horror enthusiasts, freaks, and avid horror fans from far and wide. Among them are fanboy Chase (Imran Adams) and his girlfriend Laine (Sydney Craven), who are forced to travel.

But as events approach, Laine begins to experience inexplicable premonitions and disturbing visions concerning the city’s past, and in particular, the local lore/urban legend of The Creeper. When the carnival arrives and the supposedly hectic entertainment turns into a blood party for Chase and Laine.

Laine had a bad premonition from the start, the incident when Creeper appeared in a crowd of horror fans. The creepers began to kill each prey indiscriminately and without bias. Will Chase and Laine get out of Louisiana safely? 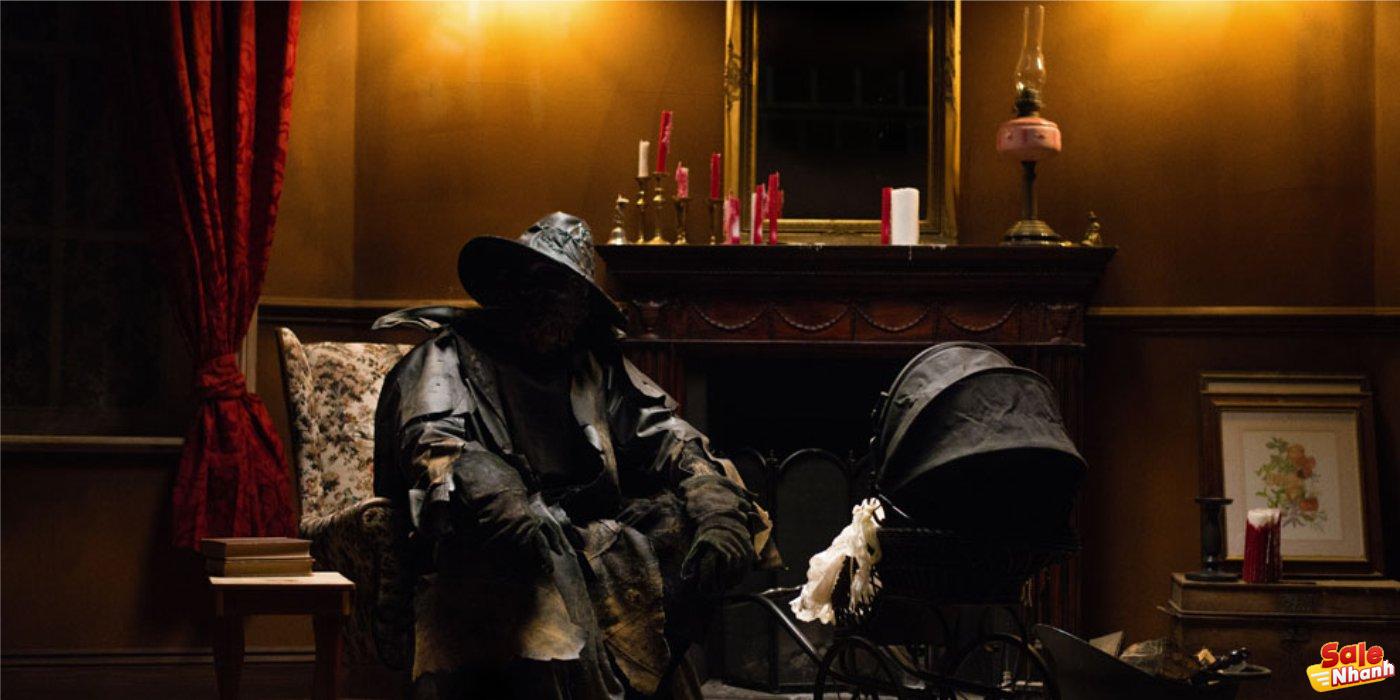 It seems that horror movies with the main villain being monsters are no longer the promotion of horror enthusiasts. Without a clear background, the rise of the Creeper, snooping on victims randomly becomes a very boring storyline.

From start to finish, we don’t see what exactly Creeper’s goal is. We’re just guessing Creeper’s resurrection because of a newborn that Laine is carrying. A sacrifice that became our only prediction didn’t happen until the end of the match.

Creeper just got up, and immediately found his prey out of nowhere, Chase’s friend Sam (Gabriel Freilich) and Laine, the stranger into the woods. A lot of silly things shouldn’t happen, so Creepers easily hunt.

The character this time supported by his old car can’t give us goosebumps either. Some victims also seem to be forgiven, such as indiscriminately disobeying some of their actions.

Laine is trying to manage everything

Like the other main characters, the character Laine from Sydney Craven is mesmerizing. From the very beginning, he was foretold by a bit of an image of the sacrifice of the baby he was carrying, until he had to fight an unstoppable Creeper.

The character has been kidnapped by the Creeper, seemingly contorted that the Creeper can also be defeated. This makes the Creeper monster character look weaker with just a cheap strategy, which can also confuse you as to why the Creeper is so easily destroyed by the heroic actions of Laine and his friends. he.

Helped by her boyfriend Chase, whose emotions run wild without direction, Laine’s character stands still in the midst of confusion as to what really happened. Not only Laine, we as viewers will also be confused about Creeper’s real motives when kidnapping Laine with the help of 3 mysterious characters who locked them in the old house.

Poor vision is harmful to the eyes

Despite the improvement from the Victor Salva trilogy, for a movie in 2022, things look very cheap. The Green Screen seems rough from the start, giving this movie a low rating. One thing to commend is the iconic Creeper costume.

The scene of the old house became very cliché, many strange horrors were created only around the old house. Creeper’s help is not maxed out. While from the beginning of the war, the crow became a terror that made many people quite scared and surprised.

The murders are very monotonous. Creeper eats his prey after being stabbed and some stunts are censored. Not too brutal for the size of a monster that only grows once every 23 years.

In the whole story, a franchise movie ending is key. The movie, which is planned as a three part, wraps up ‘Jeepers Creepers: Reborn’. The character Laine, who could have been the main character in this trilogy, is still alive, and Creeper is dead, although the undead creature manages to return.

A monster story no longer terrifies horror lovers. The horror from the Creeper in the movie Reborn felt less. A monster that was easily defeated by a pregnant woman Laine along with her small swarm. The old house setting no longer supports the monotonous horror of the Creeper murders.

Although it has improved in terms of CGI, the image of a 2022 movie is still weird, looking too cheesy. Many greescreen effects look very sloppy in some scenes. This time the Creeper skin is the only one that can be liked.