Won Mi Ho is in conflict with his aunt over a power struggle in the family-owned company. He was said to have a short temper and was later sent away to Jeju Island.

When he got there, mysteriously, he was always chased by terrible monsters. Mi Ho almost died many times, but a mysterious man always comes to her aid. A man named Van turns out to be a half-loving half-human who has lived since ancient times. He and Mi Ho seem to have had a relationship in the past.

Which relationship prevails between the two? Why does Van always save Mi Ho? Drama Island (2022), starring Kim Nam Gil, Lee Da Hee, Cha Eun Wo and Sung Joon, is ready to entertain you with the plot.

The couple who were taking pictures suddenly turned into terrible monsters. A mysterious man kills one of them, while the others chase Won Mi Ho.

Mi Ho has just arrived in Jeju but has been confronted with terrifying and life-threatening oddities. Fortunately, Van was immediately there to help. Why is the monster chasing him?

On Jeju Island there is a place called Tamra, which was once inhabited by creatures living in harmony. However, a war between the gods and other beings broke the harmony. To suppress it, the gods sealed the blood of 46 divine children into a stone called Dol Hareubang.

Many years have passed, one can still find Dol Hareubang in Tamra. Two of them were found by a couple taking pictures.

Suddenly, the two Dol Hareubang released evil energy that entered the couple’s body. As a result, the two instantly turned into monsters. 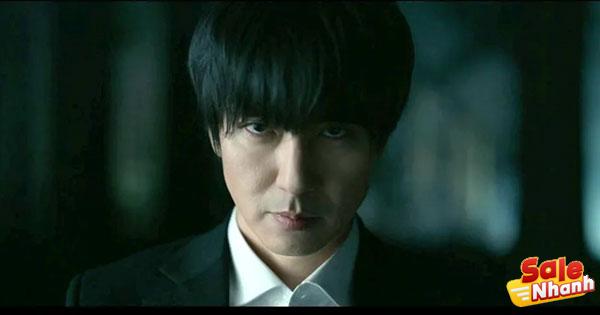 The groom dies at the hands of a mysterious man named Van, while the bride escapes and captures another prey, a woman named Won Mi Ho. She is the daughter of the family that owns the Daehan Group, who was moved to Jeju because her aunt set her up for power.

Van is a humanoid half demon who has lived since ancient times. From an early age, he and another man, Goong Tan, were inhumanly created to be monster hunters or lustful demons.

Seeing the suffering Van and Goong Tan had to go through in the process, a little girl named Won Jeong really wanted to help. He promised that when he grew up he would come back to rescue Van.

Unfortunately, Van, who had become a half-monster, killed him instead. Won Jeong, who is predicted to be the savior and balancer, seems to be reincarnated as the character Won Mi Ho.

It turns out that Won Mi Ho’s arrival in Tamra was predicted by a diocese in Italy that used to deal with evil spirits. They then send a young priest named Yohan to help, protect and raise a savior for Mi Ho who has now returned to Jeju.

Yohan is currently at Mi Ho’s house and is ready to be introduced as the grandson of one of Mi Ho’s confidants named Jang. Mr. Jang clearly knew that Mi Ho was destined to become a savior, but he was pessimistic that Yohan could awaken his abilities.

Mi Ho himself continues to be chased by monsters aiming to kill him. He must run away from his treacherous secretary, who is possessed by a demon.

As Mi Ho prepares to return to Seoul, he is pursued again by a demon possessing the body of a security guard. Fortunately, at times like that, Van always came to save him.

Van then explains that Mi Ho’s destiny is to die at the hands of the demons of lust. Even if he goes back to Seoul or to any other place, the demons will turn into humans to harm him.

Mi Ho has no choice but to hide. Mi Ho feels her life is painful, but she also doesn’t want to die in pain. Mi Ho then thought of hiring Van as her personal bodyguard. Before accepting, Mi Ho fell asleep.

While Mi Ho was sleeping, Van saw a mark on a part of Mi Ho’s body. He remembered what Geum Baek Ju had said that if Mi Ho was really Won Jeong, there must be marks on his body. Van looks confused and sad because he killed Won Jeong in the past.

On the first day of teaching at Tamra School, Mi Ho had to face the students’ attitude that made her uncomfortable. One of them is the grandson of Geum Baek Ju’s grandmother named Yeum Ji. 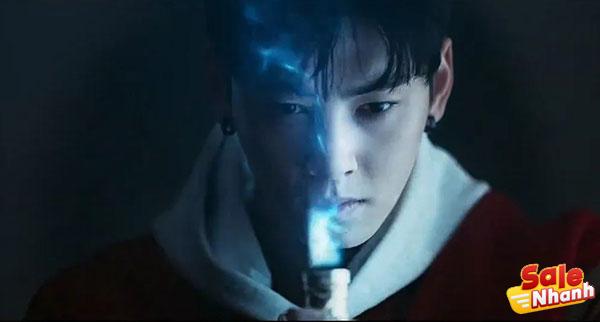 She calmly walked out of the class even though class had just started. Yeum Ji seems to have gone to the house of Lee Su Ryeon, one of his friends who hasn’t been to school for several days.

Yeum Ji worries about Su Ryeon’s dire condition as he has undergone torture and persecution from his lover, Yoon Gyeong Jun. He then advises Su Ryeon to ask the satyr named Benjulle for help.

By asking him, Benjulle would punish the one who made someone’s life miserable. Su Ryeon, who was desperate for her suffering, immediately went into the forest and made a wish. Surprisingly, from then on, the girl’s body seemed to be possessed by a demon.

Yeum Ji is worried about her friend’s condition and asks Mi Ho for help. Along with Yohan, Mi Ho visits Su Ryeon’s house and discovers that the girl has lost control.

Mysteriously, Mi Ho, Yohan and Su Ryeon were in the forest. Su Ryeon is even in the clutches of the big and scary Benjulle.

Yohan tried to fight back, but he struggled. Van came after as well as before Benjulle. Van is able to defeat Benjulle after using the monster/demon energy in his body.

Neither Su Ryeon, Mi Ho nor Yohan survived in the end. While Su Ryeon is being treated at the hospital, Mi Ho discovers that Benjulle has actually been possessed by a demon of lust that has targeted her in the first place. Feeling guilty for Su Ryeon’s safety, Mi Ho tries to trap Gyeong Jun with the law.

Unfortunately, Gyeong Jun’s parental influence is quite strong in Tamra, making it difficult for Mi Ho. The young man didn’t even show any remorse.

Van’s figure still intrigues Yohan because although Van is predicted to kill Mi Ho, he has a feeling that the mysterious man won’t hurt the woman.

Yohan then seemed to want to prove his hunch by starting to find a way to “have problems” with Van. The battle between two people with supernatural powers took place fiercely.

Yohan looked as strong as Van, but the demonic power in the man’s body suddenly awakened. Previously, Geum Baek Ju worried that if Van continued to use demonic energy in his body, he might become infected with demonic energy.

Baek Ju’s worries appear to be correct because Van, who is possessed by demonic energy, exhibits uncontrollable power. He used one hand to strangle Yohan, making it difficult for the young priest to breathe. Mi Ho, who catches them fighting, becomes Van’s next target. 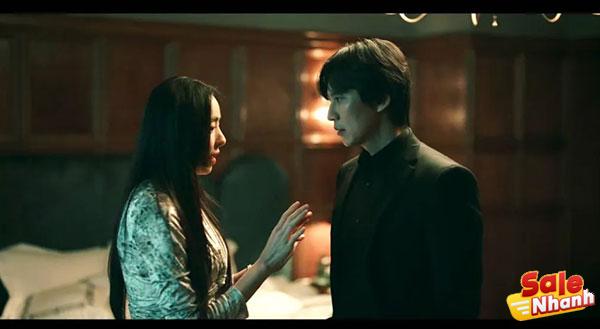 You will see Kim Nam Gil, who plays Van, defeat the monsters that attack a woman named Won Mi Ho, played by Lee Da Hee. The fantasy element is so strong that it is shown when Van fights monsters with his strength.

Kim Nam Gil’s actions as Van when fighting monsters are even more impressive with the help of neat special effects. Armed with a magical dagger, he always appears whenever Mi Ho is in a state of threat. The use of CGI on the monster Van is facing looks scary as well as a rather interesting attraction.

The story of an immortal and a savior

Drama Island (2022) revolves around the life of a man who is immortal because of his half-monster body, and a woman who is destined to become the savior. In the first two episodes, their backgrounds are more or less told.

Van, played by Kim Nam Gil, was conceived as a monster exterminator from an early age. He is powerful, but can also be dangerous. There is a flashback that shows her as the character who killed Won Jeong, the woman who is seen as a savior as well as a balancer.

This incident seems to be the potential conflict between Van and Won Mi Ho in the following episodes. Until episode 2, Van was still acting as his protector and Mi Ho still hadn’t shown his strength.

The presence of the character Yohan – an eccentric, handsome and talented young priest played by Cha Eun Woo is also ready to add more dynamism to the story.

If you like thrilling sci-fi movies in which the characters have to deal with ugly monsters, Island (2022) can keep you entertained. Moreover, the appearance of Kim Nam Gil, Lee Da Hee, and Cha Eun Woo in the first two episodes also convinced and intrigued me.

In the past two episodes, Van has always been present as the savior of Mi Ho who is threatened by the presence of the demon of lust. While defeating them, Van doesn’t seem to use any other dangerous energy.

Now! Continuing the story in episode three and episode four, you will see Van begin to use demonic energy in her body. 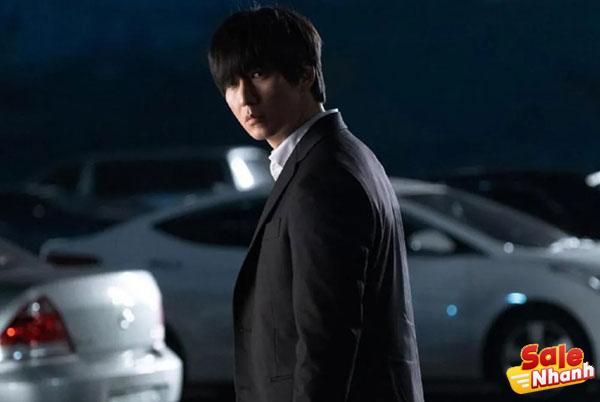 Twice he used evil energy. First, when defeating Benjulle and second, when fighting Yohan. The changes in expression, Van’s eyes become more sinister with the power of losing control is the most interesting attraction in these two episodes.

In addition, another interesting point from episodes 3 and 4 of the TV series Island (2022) is the fight between Van and Yohan.

With the help of special effects, Kim Nam Gil and Cha Eun Woo defeated each other with each other’s strengths. However, after the intense duel between two people with supernatural powers, the ending of episode 4 made me worried and curious.

The reason was, Van attacked Mi Ho like in his previous life. There was also blood on Mi Ho’s face, looking very surprised.

So, will Mi Ho die at Van’s hands like Won Jeong? We still have to wait until next week for the answer.