There are quite a few movies that take the story of a bank robbery with the premise that criminals brutally kill hostages and take all the money in the bank. But in the movie Inside Man, we will witness an unusual robbery.

In the movie Inside Man, a robbery committed by a group of real criminals opens a dark secret in the bank. What’s the next story? You can read the review and summary below!

The film Inside Man tells the story of a man named Dalton Russell who tells about the robbery he did. Dalton carried out a robbery at the Manhattan Trust Bank with three of his friends with a very mature plan. They disguised as painters broke into the bank and took everyone there hostage.

Sergeant Collins on patrol discovered this incident and reported it to police headquarters. Police immediately arrived to secure the scene. The operation was led by John Darius. In addition, two detectives are assigned as negotiators, namely Keith Frazier and his partner, Mitchell.

Inside the bank, the robbers took all of the hostages’ cell phones and asked them to change into their own clothes. The hostages are kept in a number of different rooms. Meanwhile, police are continuing to investigate the motive of the robbery. 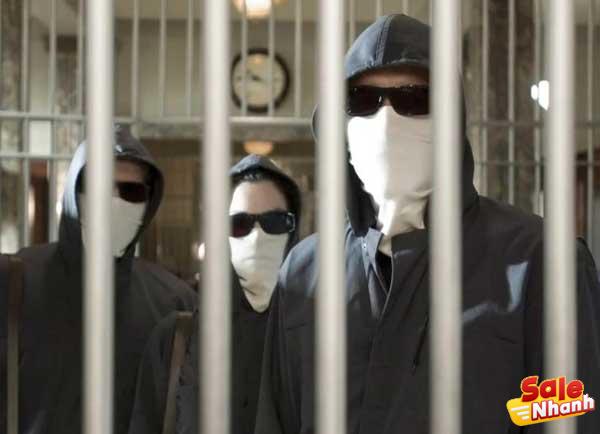 Elsewhere, the bank’s owner, Arthur Case, appeared to be alarmed by the robbery as he kept a folder of documents and secret items in one of the bank’s deposit boxes. Case then contacted Madeleine White, a power broker, who often negotiated and resolved such matters.

White arrives at the crime scene and meets Detective Frazier, but he doesn’t want to reveal Case’s true intentions. White only asked to negotiate with the bandits and the robbers agreed. They discussed for a few minutes, then White came out of the bank. Meanwhile, the robbers are now asking the police to prepare a helicopter for them.

The police superiors thought that Frazier failed and eventually handed over the task to Darius. Darius then ordered his members to attack the bandits. But it seems their conversation has been intercepted and the robbers already know all the plans of the police. When they attacked, the robbers rushed out with the hostages.

Even the police can’t tell the difference between a hostage and an undercover robber because their outfits are identical. Everyone is eventually captured and interrogated by Frazier. But they could not find the robbers who also disguised themselves as hostages. The case was subsequently ordered closed.

Not long after, Frazier returned to Arthur Case and Madelaine White and asked about this. Apparently, Arthur Case kept records regarding his participation in the Nazi war as well as an expensive diamond ring belonging to a Jew.

Frazier then returns to the Manhattan Trust, and at the entrance he collides with Dalton Russell, a robber disguised as a bank customer.

Apparently, all this time, Dalton has been hiding in the bank by building a room design similar to a storage room. Dalton returned to his party and brought the spoils with him. But he also left his diamond ring with Frazier when they collided, something Frazier didn’t realize. 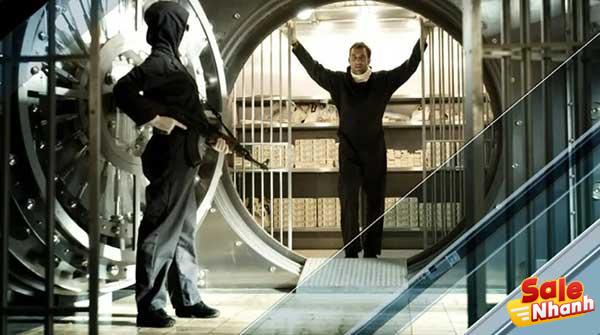 At first listen, you may think that Inside Man is a movie with a common robbery theme like many other movies with the same theme. Indeed, there have been plenty of movies that take the theme of a bank robbery and just tell the level of tension that ensues during the action.

However, Inside Man not only delivers tense action scenes when the robbers carry out their acts, but the police attempt to rescue the hostages. What’s more, this movie has a clever plot and is different from the usual heist movies. As mentioned at the beginning of the movie, the robber has prepared his plan very carefully.

Throughout the length of this 129-minute film, you will see many surprises coming from the storyline. In a way, the surprise didn’t end until the final scene of this movie when Frazier found a ring in his shirt pocket without realizing it.

The film Inside Man also introduces famous stars as a lineup of players. Let’s call it Denzel Washington, Jodie Foster, Clive Owen, etc. There is no doubt about the quality and overall performance of these actors and actresses. They can bring out a character that has its own characteristics.

For example, Clive Owen, who plays Dalton Russell, the leader of the bandit. At the beginning of the film, through cinematographic techniques with minimal shooting and lighting techniques, Dalton immediately spoke straight into the camera and stated his plan.

His lines, his body gestures, even his facial expressions show that he took everything into account. The same goes for the rather unconventional Madelaine White character played by Jodie Foster.

Until the end of the film, it is still not explained exactly what Madelaine White’s profession is. But he is described as having the power to lobby anyone and even enter the mayor’s office without an appointment. This character is played quite well by Jodie Foster.

Details of each story need attention

As discussed in the previous section, the movie Inside Man has a plot full of surprises and can be quite complicated for you to follow. Therefore, you have to really pay attention to every scene in this movie and don’t miss any given detail.

With a rather complicated plot, you may be confused by the puzzles given in this movie because the plot is quite rounded. But for sure, enjoy it! At the end of the movie, you will also put all the pieces together and assemble them into a complete story.

That’s the review and synopsis of Inside Man, a movie about a bank robbery that reveals a big secret from the bank. Have you seen this movie yet? What part surprised you the most about Inside Man? Let us know in the comments column provided, OK!