In the Tall Grass Movie Review

In the Tall Grass is a horror film based on the novel of the same name by Stephen King and Joe Hill. The film premiered at Fantastic Fest on September 20, 2019, and in the same year, Netflix released it globally through their streaming platform.

The actor who played Ed Warren in The Conjuring series, Patrick Wilson, starred in the film as Ross Humboldt. Here, he plays an abusive father, and also becomes a mysterious character because there is a supernatural power that controls him to do evil and cruel things.

Then can this movie give the same horror impression as in other King adaptations? To find out, check out the full review below.

In the Tall Grass movie synopsis

Becky DeMuth is 6 months pregnant and she is going to San Diego with her brother, Cal Demuth. On the way, they stopped at a church for a while because Becky was feeling sick.

As they prepared to continue their journey, the two of them heard the voice of a young boy calling for help from the tall, dense grasslands.

The two of them went in, but suddenly Becky and Cal separated after crossing the path in the meadow. They try to find a way out together, but have difficulty because the grassland conditions are very high.

To find a way out, Becky then meets Ross Humboldt, the father of Tobin, a boy who is crying for help. Ross then invites him to go find Cal while looking for Tobin, and go home. After going through a long journey until evening, Becky lost track of Ross.

Meanwhile, Cal catches Tobin holding a dead crow. Tobin then talks about a mysterious stone that “lives” in this meadow with Cal.

He also tells him that Becky will die soon. Then Tobin took Cal to the rock, and told him to touch it. 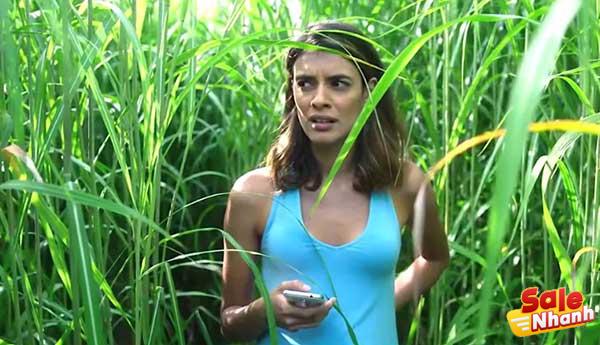 However, Cal didn’t keep it after he heard Becky scream. But unfortunately, a mysterious creature attacks Cal and causes him to lose consciousness. On the other hand, Travis, the father of baby Becky, tries to find her, as does Cal, who is declared missing.

Next, Travis found Cal’s car parked at the church. Then he found traces of two people who had gone into the tall grasslands.

Travis goes in there, and then meets Tobin, who mysteriously says he knows him. Tobin then took him to see Becky’s body lying on the ground.

In another timeline, Tobin is at church with his father, Ross, as well as his mother, Natalie. Then he heard Travis’s voice calling his name in the tall grass.

Tobin’s dog, Freddy, ran into it, and he and his parents chased him into the meadow.

There, Ross accidentally touches a mysterious rock, and makes it appear to be possessed by a grassland inhabitant. Ross then behaves strangely, thus acting rude and suspicious towards his family.

At that moment, Becky and Cal returned to the pasture. The two of them meet Tobin, who is sad because his dog died.

Travis then finds Becky, Cal, and Tobin as well. He immediately told Becky that they had been missing for two months.

The four then try to find a way out together. The image of the prairie dwellers began to haunt Becky, and she turned out to be after the child she was carrying.

Ross then manages to find Tobin along with them. He then takes them to a mysterious stone to heal Becky.

However, Natalie arrives and tells Travis and the others that Ross has been possessed, and has ill intentions towards them. They then realize that they have been trapped in a time loop that threatens everyone’s lives.

In the Tall Grass movie review

Not at all scary 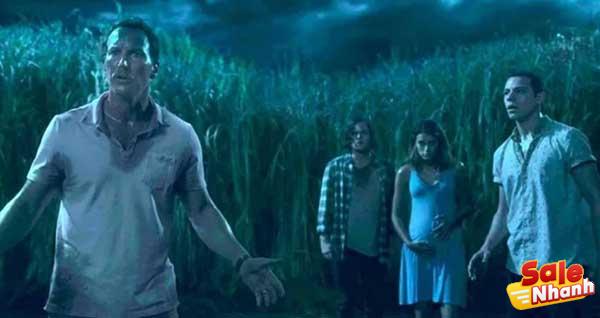 At 90 minutes, In the Tall Grass runs thin, quite contained through a rather creepy horror story. All the horror atmosphere, mysterious magic to the feeling of fear and suspense coming from the horror world of Stephen King can still be felt in this movie.

During that time, the plot is as dark as it gets, and has the potential to deliver pleasant surprises like a horror movie. In some scenes, this film also shows quite violent images such as crushed heads, rotting corpses, gore and some horrifying stabbing scenes.

Even so, In the Tall Grass isn’t really a horror movie that’s completely brutal, brutal, and not entirely scary, either. All aspects of the horror from beginning to end are presented with light parts, and not too challenging.

Some moments can surprise and frighten us, but other moments feel less dangerous.

In addition, the supernatural figure of the steppe inhabitants is shown mysteriously, and also fragile. His most sinister appearance occurred in the final act, and all the horrors were finally revealed in that moment.

After that, the large lawn became a place with “life”, making the horror atmosphere even more convincing.

In this movie, grasslands look like graveyards to humans, especially to pregnant women. The grassland is also described as an endless labyrinth, in the middle there is a large mysterious rock, below is a place to store hundreds of children’s corpses that look very terrible.

The image is beautiful but the characters are not convincing 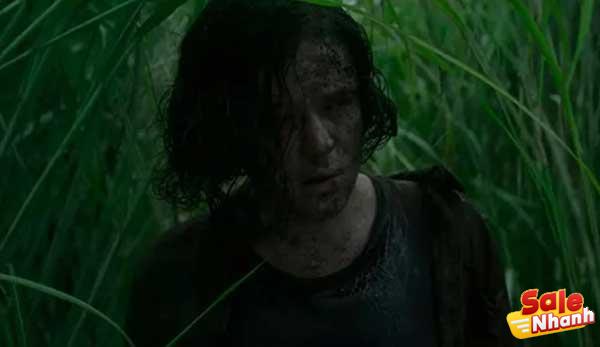 Director Vincenzo Natali and cinematographer Craig Wrobleski, give this film a dramatic feel. Throughout the film, In the Tall Grass has a pretty perfect image.

Vast verdant and beautiful grasslands can be turned into a place rife with threats, as well as awe.

A little bit of cinematography can make a less-horror viewing atmosphere tense and dramatic. In this film, the cinematic visuals must be admittedly impressive and manage to provide a very sublime charm.

In addition to the sprawling green grasslands, the scenery of the sky also looked very beautiful, and was brilliantly blue. However, behind that beauty, in the vast grasslands, there is a deadly horror.

On the player side, Patrick Wilson as Ross Humboldt becomes the main highlight throughout the storyline. He did a good job as a dark, evil character, and managed to “haunt” other characters. Here, his performance as a ruthless man possessed by mystical powers looks quite convincing.

But sadly the other characters did not do well, most notably Becky DeMuth (Laysla De Oliveira) and Cal DeMuth (Avery Whitted). The duo’s duet as a pair of brothers feels bland and forgettable.

After that, the appearance of the character of Travis McKean (Harrison Gilbertson) is not special enough to make him a savior for them.

With a short duration and a solid plot, there isn’t much that can be brought to this movie. True to the original, In the Tall Grass brings an interesting horror story idea, and quite creepy.

However, the horror atmosphere given is unlikely to completely scare the audience.

Many of Stephen King’s works have been adapted into films and even television series. Some of them achieved success and became one of the most iconic horror films such as The Shining (1980).

So far, In the Tall Grass itself isn’t the worst of all the King adaptations. For all its limitations, this movie is still a lot of fun to enjoy.

Overall, don’t hesitate to watch this movie because the storyline can still bring a sense of excitement, and the feeling of horror is not superfluous. For fans of Stephen King’s horror novels, In the Tall Grass is a must-see. Like watching!