Great White is a survival-themed film released in 2021 not long ago under the direction of Martin Wilson, the script was written by Michael Boughen. This 91-minute film is one of thousands of shark movies that have hit the cinematic scene years ago.

The film tells the story of 5 people who get stuck on an inflatable boat after the seaplane they were traveling on failed to fly. Little did they know, the waters where their boat entered the great white shark’s habitat were ready to hunt them even when they were not directly in the water. Let’s follow the story!

Kaz Fellows (Katrina Bowden) and Charlie Brody (Aaron Jakubenko) are a couple who run their own seaplane travel business. Their long-standing business has managed to support them, but they have to work harder to get passengers.

Once upon a time, a rich couple named Joji Minase (Tim Kano) and Michelle (Kimie Tsukakushi) came. The two of them wanted to charter their seaplane to a place called Hell’s Reef, where Michele’s father’s ashes would be buried. Kaz and Charlie also catered for their requests.

As preparations begin, Charlie is assisted by his best friend Benny (Te Kohe Tuhaka), also a chef. After they had enough, the five of them finally flew towards Hell’s Reef. It didn’t take long for the seaplane to arrive and immediately land on the beach. The passengers got off the bus and started walking around the area.

Suddenly Michelle screamed, she saw a dead body floating on the beach. From the visible wounds, Kaz and Charlie are sure that the body was killed by a shark attack. When trying to contact the coast guard, they found the man’s cell phone. On screen, he is seen with his girlfriend, who is on a cruise ship.

Charlie and Benny then took the initiative to find a mate for the dead man. They hope the man’s lover is safe or afloat on their yacht. This clearly violated the agreement, and Joni was angry that this was not part of the plan. But Joji lost his voice and eventually flew back and searched for the ship. 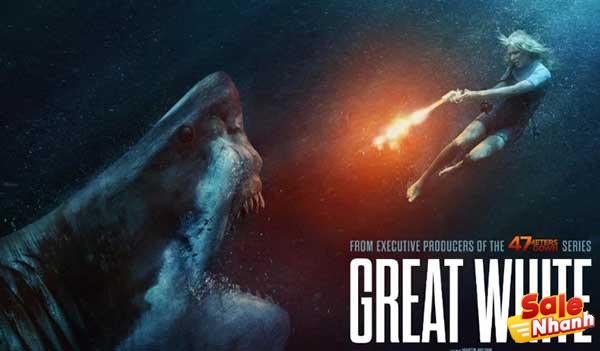 They eventually found the yacht they were looking for, but it capsized. Still trying to find survivors, Benny descends and enters the capsized ship and discovers that the dead man’s lover is also dead with her body intact. Benny immediately stepped out.

As it was about to return to the plane, a large shark lunged forward and attacked the seaplane, tearing the plane’s buoy and causing the plane to sink. Before they were all submerged in water, the five passengers immediately boarded the lifeboat that Charlie had released earlier.

The rubber boat began to drift. Charlie eventually managed to navigate using the existing compass and paddle. When it was Michelle and Joji’s turn to row, Michelle accidentally let go of the paddle, causing it to fall into the sea and drift off the boat.

In addition to the incident of losing the oars, Benny also quarreled with Joji, who claimed that the chef had feelings for his wife, Michelle. A fight occurs, Joji pushes Benny into the sea. When Benny tried to swim back to the boat, the great white attacked and killed Benny. Not only that, the shark also attacked the boat.

It causes people to fall into the water. Everyone tries to swim but bad luck, now it’s Joji’s turn to be killed by a shark attack just as he is about to return to the boat. Michelle is sad. In the end, the remaining survivors, namely Kaz, Charlie and Michelle try to row the boat with only one oar.

Not long after rowing, the shark returned to attack. But Charlie realizes that the shark about to attack them is different from the one that attacked them in the first place. Turns out there are two sharks and that complicates matters. Luckily they survived. The next day, Michelle saw a beach. 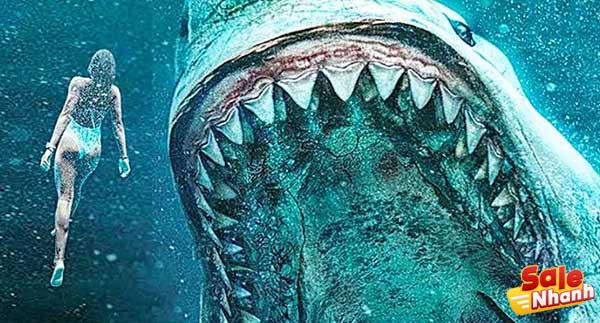 Based on the beach, Kaz, Charlie and Michelle quickly row the now deflated boat. They have to keep moving knowing that the boat they are on will sink and the two sharks waiting for them will soon crush them all.

Worried about losing quickly to the shark, Charlie and Kaz try to distract the shark while Michelle is told to swim quickly to shore. Sharks start attacking Charlie and Kaz. Kaz, who is pregnant with Charlie’s child, tries her best to save herself and the baby.

Lightning-fast, Kaz was finally able to counterattack the shark with the flame he was holding, while Charlie managed to stab the eye and wound the head of the other shark to death. Now that there’s only one shark left, using the time when the sharks are leaving them, Charlie and Kaz climb to the top of an old shipwreck.

Charlie and Kaz survive, they hug. When he was about to set up another fire to finish off the remaining sharks, Charlie failed and instead, Charlie slipped into the sea and was immediately rushed to death by a shark. . Kaz went crazy when he witnessed his girlfriend being eaten alive by a shark.

Kaz eventually approached Michelle but the shark managed to make the two women fall back into the sea. Enraged, Kaz mustered up the courage to distract the shark again while Michelle continued to swim ashore. Kaz returned to the sunken ship and hid there.

But the great white was very clever and found Kaz overwhelmed because his legs were entangled. When she nearly drowned, Michelle returned to the ship and helped the poor woman. Feeling unsatisfied, Kaz finally tried to kill the shark again and eventually succeeded. After dissecting the shark, Michelle and Kaz finally reached the beach and were safe.

Good impression from the start 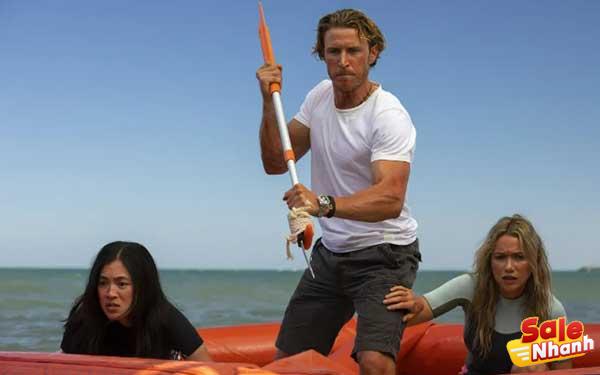 This movie has a super good start and looks promising, when a couple are happily swimming when they suddenly see a shark approaching and attacking them. When the man died first, the woman tried to get up but instead hit the sail and fell back into the sea and died.

Like a short but good opening story; Recall the feeling of horror, fear and agitation to avoid the shark appearing at the same time. But once you get to the heart of the movie, it feels like it’s falling apart. All expectations are made to fade slowly, starting from the normal character, and the shark attack, okaaay…? 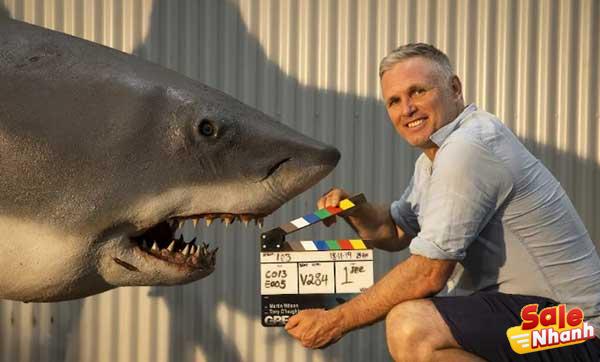 This script by Michael Boughen has no horror at all. Even when the sharks attack, everything is fine. I don’t know if it’s because of bad filming, but it’s clear that the script where the shark started to make people panic unreasonably, the audience couldn’t help but panic.

Unlike other shark movies like Jaws (1975), Deep Blue Sea (1999) or The Shallows (2016), successful films make us unable to leave our seats because they are so engaging and tense. So for those of you who have seen the movie, do you feel the same way? Write in the comments column yes!

The appearance of great white sharks will certainly always be an obsession for moviegoers because it is clear and certain that marine animals are very dangerous, especially when they are hungry. But instead of making the shark scary for the audience, this movie presents a standard, less intimidating shark.

If movies with the same premise show sharks attacking and tearing their bodies apart until the water turns red, this Great White movie doesn’t do it perfectly; all that’s left is the water turning red and the cries for help. It’s done . Too bad.

The film grossed less than a million dollars, $635,000 to be exact, only receiving a score of 2.3/5 from Bacaterus, even Cath Clarke from The Guardian said that this film can make audiences bite their nails because So boring. . Well, how are you?