At the end of November, Disney will return with a new animated film called “Encanto” inspired by Colombian culture. Like most Disney films, Encanto presents a fantasy story filled with moral messages, to the point of bringing the audience to tears. Let’s take a quick look at some information about the movie Encanto !

The Madrigal family lived in the most revered family in Encanto, a region shaped by the magic of the candle. Every member of the Madrigal family has supernatural abilities related to magic, such as Luisa possessing superhuman strength, Aunt Pepa possessing the ability to control the weather Isabela with great beauty and planting magic flower, cousin Dolores has extraordinary hearing; and another cousin, Camilo can change her shape. Finally, Antonio, the youngest member of the family, has just had the magic to talk to animals.

Her grandmother Abuela Alma always reminds each member of the family that the magic they have must be useful to others, so they always try to help the community with their magical abilities. However, out of all the members of the family, only Mirabel is non-magical. She went through the usual initiation ceremony and discovered that she had no special magical aptitude. Mirabel’s lack of magic had disappointed Mrs. Abuela, and in a perfect family constantly tied to magical traditions, not possessing any magic was a real pain. really great hope. It can even be a threat to the future of all people later on. 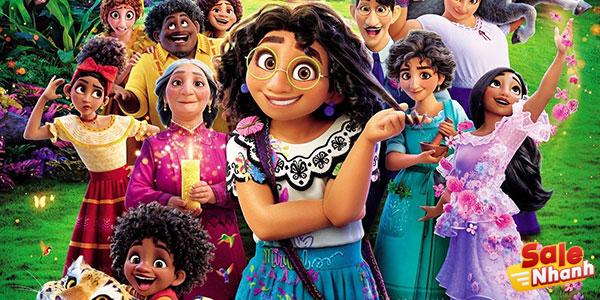 For the Madrigals, magic was not only a useful ability but a source of growth and prosperity and it was magic that kept them alive for so long. Furthermore, they are constantly reminded that the village built around their magical casita also relies on their strength.

When Mirabel sensed that the casita was falling apart, she feared the worst was about to happen, she told her grandmother and family members, but no one believed her. While learning about Bruno, whose uncle had left the house because he had magic that could see the future, Mirabel found a piece of glass that seemed to indicate that he was the cause of the damage. for the magic house at the present time. In fact, the magic of every member of the Madrigal family is lost because of the broken glass and since then, all of them run into trouble.

So what will happen to Mirabel, her family and the magical house? Please experience this movie theater to get yourself the most accurate answer.

The film conveys the unique culture of the Colombian people

Encanto is said to be the first Disney film to introduce the entire Colombian culture, from traditions, dance, music to costumes. Interestingly, directors Byuron Howard and Jared Bush teamed up with actor and composer Lin-Manuel Miranda to create eight Colombian songs in this film. 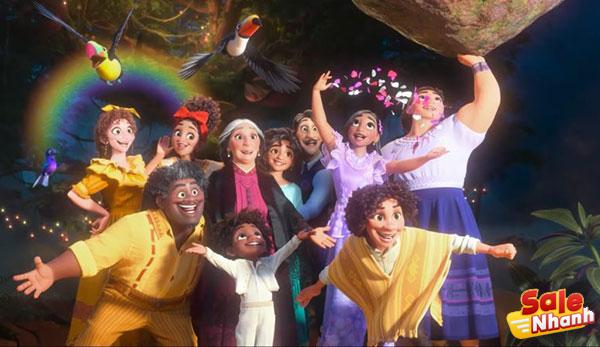 Encanto is also presented with colorful images that are a hallmark of Colombian society. For example, in residents’ homes that are painted in color, down to the characters’ clothes are filled with color with lace accents and floral designs, and filled with knitted motifs with images of flowers. . As a spectator, of course I really like the whole picture of Encanto.

The typical Latin music is vibrant and subconsciously wants to make the audience move. I myself even searched for songs on music platforms after hearing them. At first I thought Encanto had a rather ordinary and monotonous plot about the life of a magical family, but as the film progressed, it became more and more interesting with a more complex and engaging plot.

Encanto delivers a moral message about the importance of family that is incredibly touching and heartwarming after watching. In fact, I involuntarily shed tears when watching the ending of the film and salesnhanh realized that this is a very suitable movie for you to watch with family members.