After appearing in the movie Broker (2022) a little while ago and receiving a lot of praise and echoes from the film, Song Kang-ho is ready to return in his latest film, Emergency Declaration. This Korean film has practically completed production in 2021 and even has a screen time at the Cannes Film Festival 2021. However, this film only had a wide release in theaters in August/ 2022.

The movie Emergency Declaration tells the story of a commercial plane carrying passengers from Korea to Hawaii, USA. However, when boarding the plane, it is discovered that on the plane there is a terrorist who has spread a deadly virus. As a result, one by one everyone on the plane began to get sick, making the situation urgent.

The film, written and directed by Han Jae Rim, revolves around a plane departing from Incheon Airport (Korea) to Honolulu (Hawaii, USA). Police Chief In Ho (Song Kang Ho) receives a call that a man has carried out a terrorist plot in the plane. During his investigation, he discovered that the suspect was on plane KI501 when he was flying with his wife. The suspect was also on the plane. Jae Hyuk (Lee Byung Hun), a retired pilot after an incident that made him worry about planes and planes, decides to go to Hawaii to ensure the health of his children.

Terrorist flight attendant Ryu Jin Seok (Im Si Wan) begins to transmit the deadly virus through the air. The passengers contracted an illness that could cause fever, rash and hemorrhage, which could lead to death. Chaos and panic quickly took over not only the inside of the plane but also the ground. Pilot Hyun Soo (Kim Nam Gil) is in need of an emergency landing. Minister of Transport Sook Hee (Jeon Do Yeon) is the head of an anti-terrorism task force and works with the Blue House to find antibodies against the virus.

Matching the theme of terrorism from the air The film depicts how people behave in dire situations. The plot unfolds in a linear timeline. The film is divided into separate storylines that take place in the chaos of the plane caused by a mysterious virus, and the authorities are looking for ways to retrieve the plane and avoid disaster from afar. The mood of the drama is at its most tense in the first few minutes, when Jin Seok talks curtly to the staff at the airport check-in desk and In-ho discovers that someone has died in the reporting area. .

Faced with many challenges, the characters do not have many options. Everyone cooperates to stop and stop the perpetrator, but there are people who need people with symptoms of the virus in the common area to be isolated. At the same time, police chief In Ho arrives at the airport after discovering the killer’s location. Ministers Sook Hee and In Ho faced many challenges in ensuring the safety of the flights, including the inability of Jin Seok’s company to cooperate with the police because there was no evidence that could expose the perpetrators. player.

Human kindness and sacrifice shine in situations where “thousands of pounds hang hairs”. Pilot Hyun Soo fights the old conflict and works with his former pilot Jae Hyuk to help save the lives of the passengers. On a grassroots level, In Ho is willing to use himself as a test subject to test for antiviral antibodies. From the air, the retired pilot conquers the horrors of flying to ensure the safety of his passengers. He is prepared to respond to anyone who is discriminating against his daughter. One pilot was dying, but he had put all his energy into the situation. Try to get through the air. A female minister will not abandon innocent victims in the midst of life and death. Family members of the crew and passengers are eagerly awaiting the time when they will return…

The talented cast is the highlight. Artist Song Kang Ho plays an outspoken policeman who is dedicated to his job, but on the other hand is married to his wife. Lee Byung Hun plays the role of a good pilot who is easy to face incidents, strong to judge but gentle when it comes to parenting. In his return to the screen, Im Si Wan transformed into a handsome male image and played the villain for the first time in his professional acting. In addition to the famous names in the actor field, the actor proves that the actor is not “inferior”, on the contrary, he also makes a breakthrough in the role of a character with mental problems.

The scene in the movie is reminiscent of Covid-19. One particularly heartwarming scene is the one where everyone on the plane wants to give up their lives, not wanting to touch it to avoid getting sick and infecting those on the ground.

In addition to the content that captivates viewers’ minds with the investment capital of up to 26 billion won, the film also impresses with the invested angle and the shaking scenes when the plane crash happens. The context part has a lot of investment when using the real-life fuselage.

Prior to its release, the film was screened at the 2021 Cannes Film Festival in the Non-Competition category. It was greeted with a round of applause for almost 10 minutes. The film was not loved by international critics due to the traditional, lengthy, unsurprising presentation of the script. RollingStone lists the Emergency Declaration as a “Snake on a Plane (2006) movie but with Covid details”.

Review of the movie “Emergency Declaration”

The script doesn’t have too many surprises

The film’s name comes from a unique incident on an airplane. If the pilot announces “emergency landing” or “emergency landing”, it means that the flight is in danger and the level of risk is extremely high. Usually, they will try to land immediately instead of diverting until they can get there safely.

Based on this idea, director and screenwriter Jae Rim Han wrote an action movie set in the sky.

The story behind the film is not new and is a flashback to several Hollywood projects. For example, United 93 (2006) was inspired by the 9/11 terrorist attacks and Sully (2006) is the story of a pilot of the same name who tries to make an emergency landing to protect 155 tourists from death. In fact, the number of films with similar themes is so numerous that they form the “Air Disaster” sub-branch.

The best way to tell the story is also easy because it follows the normal linear sequence. In the opening scenes, the film takes viewers to Incheon International Airport where passengers can check-in for flight KI501.

The director took about 30 minutes to present the main character as well as build the script. What follows is evident in the film’s trailer. Terror begins and passengers panic, government intervenes to correct the situation. 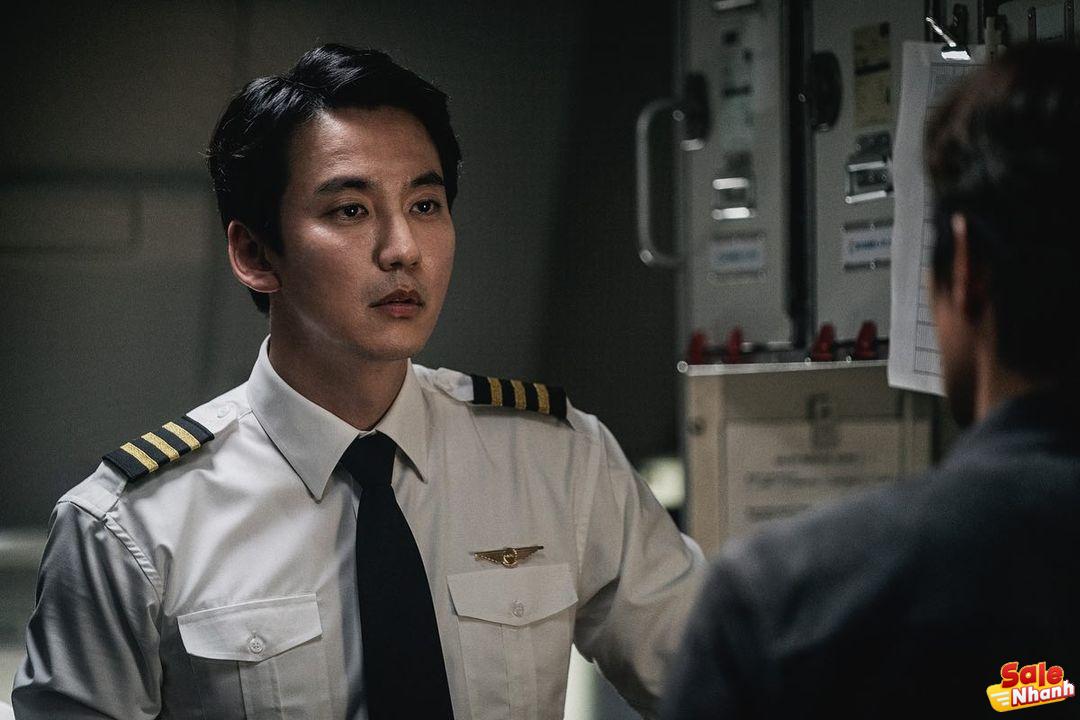 Before the horrific incident happened, the victim had only one choice: live or die. This means that the film does not offer any element of surprise. Although it belongs to the sensational genre, there are not any surprises that make viewers feel heartbroken or confused.

The majority of the scenes focus on portraying the human mind in the face of problems. All emotions, including anxiety, fear, joy, anger… can be depicted on the screen. Sometimes, the film diverges into a Korean Melodrama, with many sad scenes, bringing tears to the viewers.

The only thing that director Jae is Jae is the method of terror. The perpetrator tries to spread the virus to the passengers on the plane, causing the infected person to develop an itchy rash resembling eczema, and subsequently, death depending on the individual.

However, this element is not well developed and is merely a means to put people in danger.

Korea is not a strange country with disaster movies. They created one of the monsters in the movie, The Han River Monster In The Host (2006), created a tsunami simulation with Tidal Wave (2009), and caused a volcano to explode in Ashfall (2019). . In addition to thematic themes, the three films have something in common: they are all extremely popular and feature in the top 30 highest-grossing Korean films ever.

The producers of kimchi are extremely successful because they can always evolve, and at the same time draw people to the theater to see how people deal with death. Even predicted the likelihood of a pandemic comparable to Covid-19 a few years ago, in Flu (2013).

Jae Rim Han is also a seasoned director. Started making films in 2003 He also achieved a milestone in his work when he created The Face Reader (2013), one of the most watched works in Korea at the time of its release. .

After a 5-year hiatus after The King (2017), director Jae once again disappointed when retelling the old story but also showed a lack of energy in directing the film.

Before its release, many sources compared Emergency Declaration with the “air version” of Train To Busan – a Korean blockbuster with a zombie theme that topped the 2016 box office. The film follows the same formula. If you collect the stars there is a huge budget of about 26 billion won (nearly 19.2 million USD).

However, the end result is different. The film has a slow pace, instead of racing, creating a feeling of exhaustion instead of tension, the ending is a bit tense instead of suppressing emotions.

When telling the story, the director frequently switches between two different locations. Planes are a disaster and everyone is thrust into a life or death scenario. On the ground, minister Sook Hee (Jeon Do Yeon) must find a way to avoid disaster from afar. However, a police officer In Ho (Song Kang Ho) also feels stuck when the officer can’t do anything while his wife is trapped in the air.

Because it is an international flight, what happens to passengers of KI501 depends on the fate of passengers from other countries. This is why the director combines political aspects to create drama and create tension between people and between two countries.

The need for character creation and story creation, and lengthening (141 minutes). Instead of being well organized, the film feels as if it were a TV show, especially at the end.

Each has a story to share. Everyone is a victim that must be recognized. 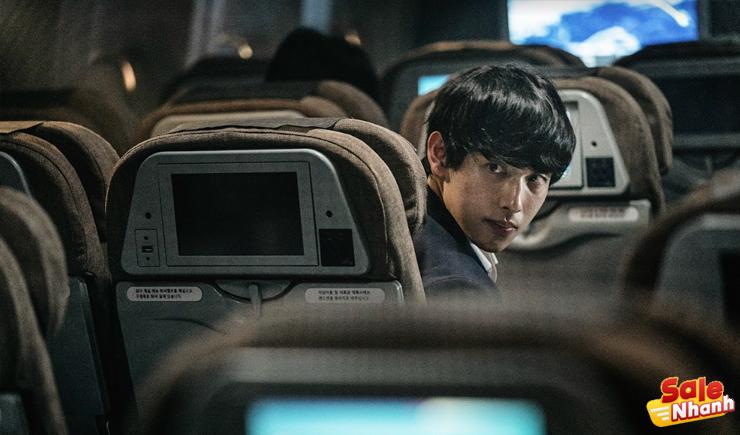 The ranks of the movie “Emergency Declaration” are full of Korea’s top male stars with unquestionable acting quality. Starting from Song Kang-ho, Lee Byung-hun, Jeon Do-yeon Kim Nam-gil, to Im Si-wan. In fact, the supporting characters and supporting roles in the drama also feature actors that you often see in dramas, such as Seol In-ah.

However, according to Review Salenhanh, the people most successful in attracting attention are Song Kang-ho and Im Si-wan. Since appearing in Parasite (2019), Song Kang-ho has always tried to attract attention through his acting. This time, Kang-ho plays a policeman who is willing to do anything to save his wife, a passenger on a terrorist plane.

Meanwhile, Im Si-wan plays Jin-seok, the mastermind behind spreading the virus on the plane. Throughout the movie, you will most likely feel resentful and annoyed with Im Si-wan’s character. Jin-seok’s appearance is quite reminiscent of the character Im Si-wan played in the Korean drama Strangers from Hell.

Though it stammers in its storytelling, the Emergency Declaration still becomes an entertaining and emotionally played spectacle. If interested, you can watch this movie on some Indonesian cinema chains starting from August 16, 2022.

So, what is your response to the movie review Emergency Declaration? Share your opinion and follow Salenhanh for more movie reviews, OK!