Dragon Age is a media franchise focused on a series of fantasy role-playing video games created and developed by BioWare. Thanks to the success of the ‘Dragon Age: Inquisition’ series with sales reaching 3.2 million copies, EA Games, the ‘Dragon Age’ company decided to embark on the development of the latest sequel to be adapted from the world. of ‘Dragon Age’.

The six-episode Dragon Age: Absolution series will be set in Tevinter, a fictional empire in the Dragon Age games and feature new characters inspired by Dragon Age Lore, Elf race, Mage, Knight, Qunari , Red Templar, Demon and many other races.

Dragon Age: Absolution follows a group of thieves who travel to the magically-dominated nation of Tevinter to steal a dangerous artifact called the Circulum Infinitus. Goblin slayer Miriam (Kimberly Brooks) is tasked with because Hira (Sumalee Montano), a witch working for the Inquisition, is a member of a disbanded heroic organization. Miriam is a slave who ran away from Tevinter and doesn’t want to return, but Hira tells her that after this mission, they will live together in peace. 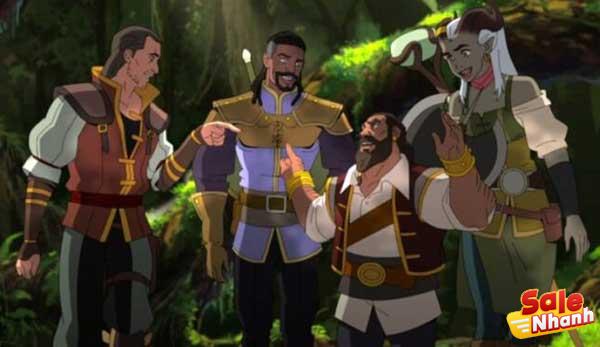 The plots of the series are quite close to real life, especially regarding the popular hierarchy in their society. The character Miriam herself gives a poignant picture to this case, as a fairy, her childhood was filled with harrowing experiences related to her and her race’s enslavement. Bearing the same burden of his past, though now a mercenary, he returns to the land that spawned terror at the urging of his beloved Hira. 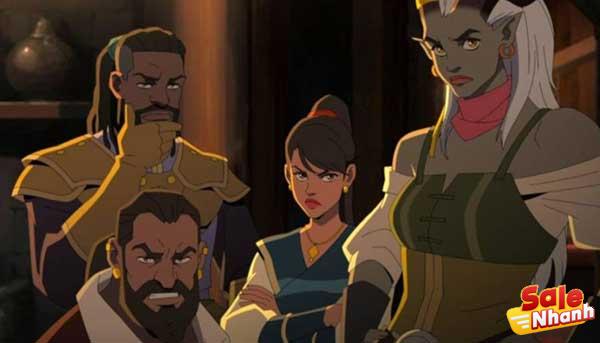 The series relies on the characters’ drama to guide the story. Miriam and her emotions want to help Hira but never want to set foot in Tevinter again and how the people around her appease her or use her to encourage conflict.

With a story focused on Miriam, the supporting characters don’t have much to tell. Meanwhile, Miriam, Hira, and Fairbanks are trapped in a game that involves the ambitious Tevinter mage Rezaren, the Orlesian mercenary Roland, the cheerful Qunari mage Qwydion, and the cynical Dwarf Lacklon there to fill. filled with fight scenes while delivering an occasional comedy. Each character has the opportunity to develop further, but this series overlooks this potential.

Not suitable for non-fans

The story takes place in a magical fantasy world that explores the consequences of magic for politics. Being a witch is not something cool and popular, in fact, the magicians in ‘Dragon Age: Absolution’ are heavily oppressed and controlled by the authorities for fear they will turn to blood magic . Likewise, elves can be conquered by humans.

‘Dragon Age: Absolution’ is an action-packed treat for fans of the franchise. The animation expands on the world of Thedas, offers several potential plot themes for the new game, and features an impressive cast of characters while delivering breathtaking action. ‘Absolution’ doesn’t really answer the deeper questions that exist within the game, though, as if the animated series assumes audiences are familiar with the game and its major conflicts. 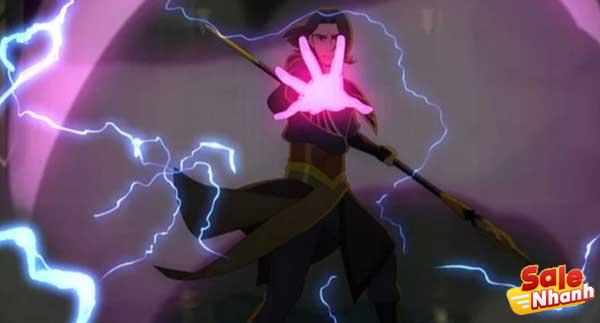 Also, in some parts, ‘Absolution’ looks less like a standalone story but more like the downloadable content of one of the games and can only be understood by viewers who are familiar with the game, as so viewers new to the series will experience a bit of confusion while watching ‘Dragon Age: Absolution’.

Again, if you’re familiar with the series, visually, the series is considered phenomenal. ‘Absolution’ features action sequences that include lots of cutscenes and fast-paced action, sometimes with slow-motion moments to emphasize dramatic transitions. The combat scenes are fluid and dynamic, expertly choreographed to present a very distinct style. At some point, though, most of the series feels like a protracted fight scene, albeit with a slight pause as the characters navigate their quest. 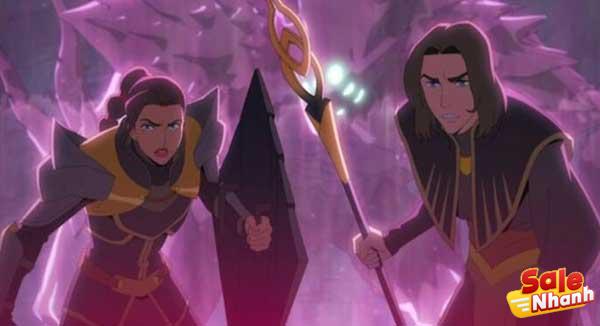 ‘Dragon Age: Absolution’ isn’t a bad show, but it’s not a good show either. The complex characters and interesting story rhythms make the series a memorable part of the fantasy series, but the lack of knowledge of the game is a hindrance to viewing.

This animation is a treat for fans of the game, a thrilling story rich in world building with stunning action and lots of interesting references that complement the open world. its wide. Meanwhile for the non-fans, this series can still be enjoyed even though it doesn’t have the special impression that the fans feel.