Stealing or robbing is not a commendable act, although many people make excuses for doing so. The loss that the victim suffered was not only material, but the victim’s spirit must have been shaken. Robbery is very close to violence, for this reason the victim’s losses are always multi-layered.

Rocky, Alex and Money are three teenagers from Detroit. Rocky is a teenage girl who doesn’t feel at home because of her mother’s rude behavior. He wants to move from Detroit so he doesn’t have to live in a house he has to endure.

Money, Rocky’s girlfriend also intends to participate. Meanwhile, Alex is Rocky’s childhood friend who secretly has feelings for him. Rocky, Alex and Money’s friendship is different from that of teenagers of the same age.

They like to carry out robberies to finance their daily lives. The result of their robbery didn’t bring that much money. They were also told about the whereabouts of a man’s house who had just received a large sum of money. 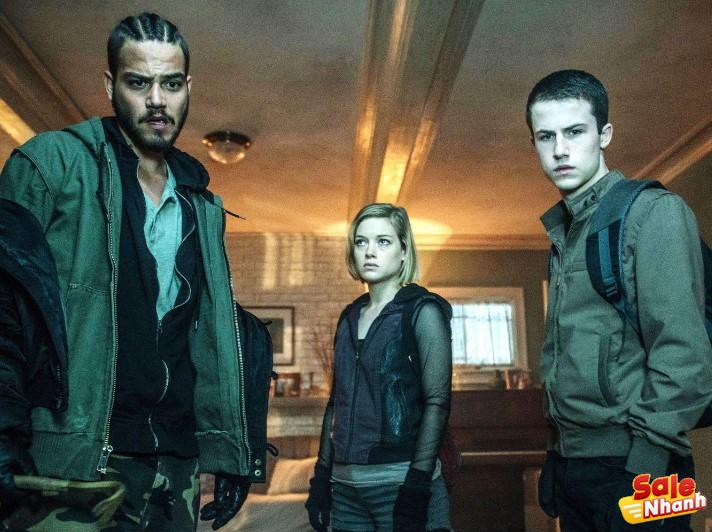 Angry Rocky is at home watching Money and reveals this man’s intention to rob the house. He wanted to run away and his wish was granted by Money. To do so, they need a large amount of money as backup. They then invited Alex, who was a bit opposed at first but eventually agreed to join.

Money is told this man has 300,000 USD in cash. He received the money after being reimbursed by insurance for an accident that happened to his son. They were even more tempted to learn that the man lived in a quiet neighborhood. Before taking action, they tracked down the man.

Rocky, Alex and Money have gathered some important information. The old man turns out to be blind and lives with his dog. In addition, he is also a veteran. Feeling that the man would be an easy target, they planned to rob his house at midnight.

At night, Rocky and his two friends go to the house of a man whose real name is Nordstrom. In order not to be attacked by Nordstrom’s dog, they sedated the dog and stored a gas bottle that would put anyone who inhaled it into a deep sleep. They then searched the house but did not find $300,000 in cash.

Money found a locked door. Sensing the possibility of money being hidden behind the door, he opened the door with a gun. Nordstrom heard gunfire and immediately searched for the source of the sound. Nordstrom captures Money while Alex and Rocky hide.

Norstrom insisted that Money must confess to the person he robbed. Money insists that he is alone. Nordstrom then kills Money. Then he opened a chest full of money, seeing it, Rocky stole it. However, when Nordstrom finds Rocky’s shoes, he realizes that there are other robbers in his house. Will Rocky and Alex be able to escape?

Great implementation of a simple premise

The film Don’t Breathe uses a simple premise: three teenagers rob a blind man’s house and get trapped inside. The premise isn’t complicated, but it’s brilliantly executed by director Fede Alavarez. Alavarez succeeds in turning that simplicity into an amusing sight by igniting tension throughout the film. 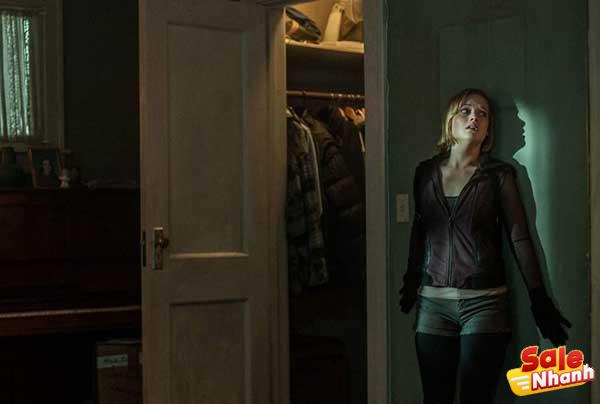 For almost an hour and a half, we’ll see how Rocky, Money, and Alex’s struggle for robbery turns into an attempt to save themselves. Money must die at the hands of Nordstrom. Then he realized there were other robbers. Moreover, he is a veteran member who is able to shoot guns thanks to his hearing.

Every sound that Rocky and Alex makes will reach Nordstrom’s ears. Nordstorm relies on sound to detect the presence of bandits. As a result, they had to move silently, even holding their breath when Nordstrom walked up to them. It was even more difficult when the dog regained consciousness.

At first glance, the movie Don’t Breathe will make us see a youth movie. The characters Rocky, Money and Alex are gradually being given the opportunity to show who they are in the movie. The use of slow pacing at first is helpful as it succeeds in building a complete character on top of the background. 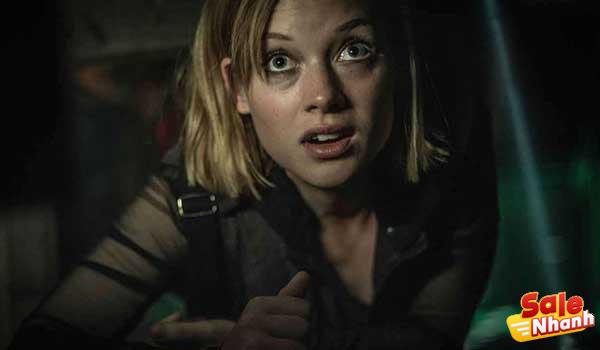 You don’t need to linger with the slow tempo, in just a few minutes the tempo immediately picks up. After the scene highlighting the Nordtsrom neighborhood, we’ll immediately get to see the tension of how Rocky, Money, and Alex make money in the house. The rest is a cat and mouse scene between Nordstrom and Rocky and Alex.

The camera movement arranged by Pedro Luque invites us to explore the room, the corridor leading to the place where Rocky and his friends intend to escape. So we not only get to know the characters but also know the details of the crime scene.

The introduction of the house seemed to invite us to recognize the terrain to go through. A great way to show how such a simple room can become insurmountable in this one-room thriller. In addition to using dynamic camera movements, Don’t Breathe, also in the horror genre, also relies on scares.

The good thing is , the jumpscare is not made randomly to shock but is logically constructed through matching scoring . There’s background music that makes the atmosphere more creepy, but there are also times when there’s no sound to convey Rocky and Alex’s tension in a soundproofed house.

At the beginning of Don’t Breathe, we will evaluate the characters Rocky, Money and Alex as villains. They are teenagers with the intention of robbing a blind veteran’s house for money. Even so, the intention of Rocky and his friends was not malicious intent to enrich themselves. This places their character in a gray area. 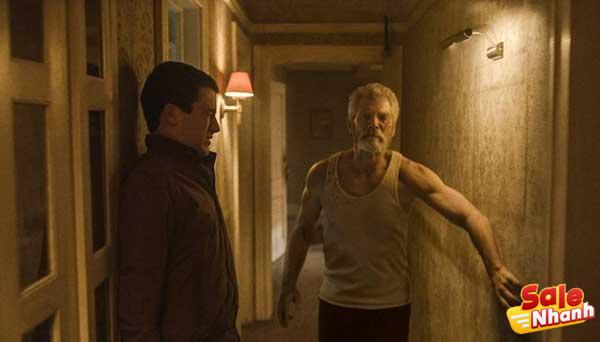 Until the middle of the film, Nordstrom’s character is described as the protagonist defending himself because his house is about to be robbed. But as the story progresses, we get to see a surprising twist. The thing is, Nordstrom has a secret that Rocky and Alex discovered.

Don’t Breathe manages to present thrillers and thrillers in a very organized manner. It’s great when we feel the story will be predictable, there is a twist that makes the story more interesting and not boring. If you like thriller movies, you really have to watch this movie. Enjoy the fun then share your review in the comment column, friends!