Don’t Hesitate is a Dutch psychological thriller film that was selected to open at the Indonesian international film festival, Europe on Screen 2022. This film tells about the circumstances and conditions of three trapped soldiers. stuck in the middle of the road in an unfamiliar environment with their damaged car, waiting for help to arrive. That’s when their mental and physical conditions were tested.

Don’t expect to find as much action as other military movies. Throughout the film, viewers’ emotions go up and down non-stop. ‘Don’t hesitate’ is a film that fully describes the psychological state of the characters.

Do Not Hesitate movie synopsis (2021)

It begins with a group of soldiers who encounter an obstacle in the road because their tires are damaged. In a tense situation at the time, they accidentally shot and killed a goat, which turned out to be a boy, who ended up approaching them in a language they didn’t understand.

The agreement and ransom amount were offered by the soldiers, however, the child still wanted the ransom amount to increase. However, because neither of them understood, the child was ignored, but he stood near them, waiting for something to happen. Three of them, Erik (Joes Brauers), Roy (Spencer Bogaert) and Thomas (Tobias Kersloot), have to wait longer there for the helicopter to pick them up, while the others try to walk back.

That’s when they started paying more attention to the child and decided to take the child hostage to keep quiet. The child continued to chatter slowly affecting the psyche of those who were worried because reinforcements had not yet arrived. Do they survive and how do the soldiers and the boys end up?

Like many other psychological thriller films, in Don’t Be Afraid, the main character Erik received more sympathy from the audience for his decision. Of course, the focus on Erik, often and forcefully, forms a feel in the story that suits Erik. 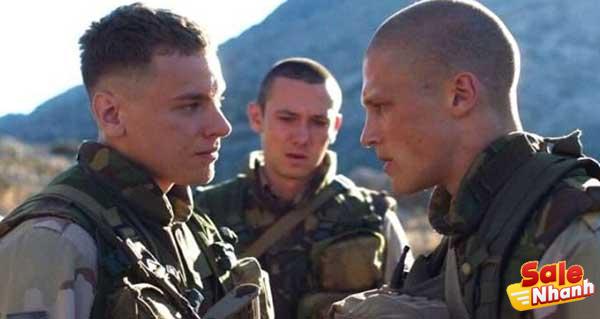 The first time he faced a child who was very angry with them, he remained calm, seemingly analyzing, which finally made the audience follow Erik’s emotional and emotional development. Since then, after all, the anxiety and confusion that appeared in Erik also affected the audience. The main character manages to convey emotions to the audience resulting in a strong psychological story by building a good connection with the audience.

This is interesting because in the story, the audience gets to see Erik’s behavior from the very beginning until circumstances change his perspective and behavior. The honoree ends up keeping a big secret bad enough for his reputation. True to the title, without hesitation in action, Erik does not hesitate to make decisions that will probably haunt him for the rest of his life.

Three distinct personalities of the soldier

While there were indeed a lot of soldiers trapped at the time, in the end only three were focused on this film, Erik, Thomas, and Roy. They have different personalities, which ultimately shows how they deal with problems and obstacles during the time of being trapped and after.

Erik is a person who likes music, especially drums, so he is quite mature and has a higher outlook on life than the other two. Erik, also the main character, exhibits his initial traits, which eventually gradually change according to the anxiety and fear he experiences. 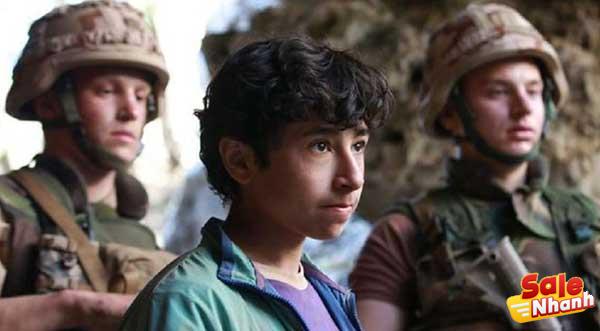 Roy, tends to be quiet, doesn’t attract much attention and has a practical mind. He couldn’t believe it easily when Erik took good care of his starving child, but he didn’t stop it either. But despite his ability to control his emotions well, in the end, Roy showed that he couldn’t keep hiding things.

Meanwhile, Thomas, a rather eccentric person, thinks that what happened to them should not be taken seriously as caring for small children whose origins and purposes are unclear. Thomas became a sloppy and ridiculous looking member. Thomas really hates the boy because he never leaves the place quite close to them.

In these three differences, they show how different they are from their situation at the beginning and end of the film, after a series of events that depress them. Of course, this is also a description of a person’s psychological state that is not always the same and stable. Sometimes things are encountered along the way that make the beginning not lead to the end as planned.

Do Not Hesitate movie conclusion (2021)

‘Do Not Hesitate’ does not show action movies at all, so there are chases, wars, intense fights or even specific military actions. The story is easily accepted by viewers who do not know the context of the conflict area, because in reality, the audience only faces the inner struggles of the trapped soldiers, especially Erik. . The story is close to reality, making ‘Don’t hesitate’ to leave a good impression on the audience.