Some people think that in this vast universe, the world is not the only planet inhabited by creatures. Living beings that are said to exist beyond the earth are often referred to as aliens. Although its existence is still a question and cannot be scientifically proven, alien forms continue to be sought and studied over time.

What if aliens from space landed on earth and had to live next to humans? That’s the essence of the story that was revealed in the movie District 9. But what’s unique, it’s not the aliens with evil intentions, but the humans. How’s the story? Let’s find out with Salenhanh.com in the following movie summary and review.

Summary of the movie District 9 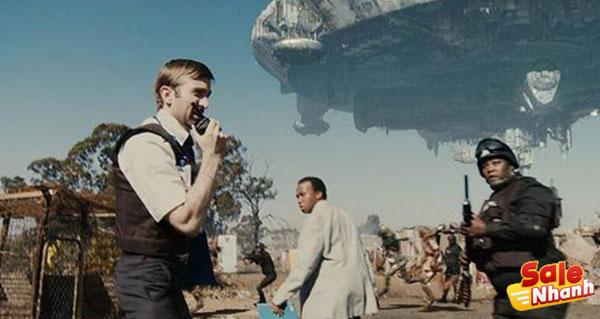 In another world, in 1982, a huge spaceship came to earth. The plane flew around South Africa and landed in Johannesburg. A team was sent to investigate what was on the plane.

Turns out there were over a million aliens on board with malnutrition and starvation. The aliens are nicknamed Shrimp.

The South African government made it a policy for them to live in camps in District 9. Within a few years, the area turned into a slum. Local residents began to complain about the existence of aliens with dirty lives, often breaking the law, sometimes even attacking humans.

The tension between humans and aliens led the government to contract a private company, Multinational United (MNU) to relocate the aliens from the city area. MNU is a private company specializing in the production of weapons.

Piet Smith, a member of the MNU executive board, has appointed his son-in-law, Wikus van de Merwe, to lead the alien relocation project.

Three aliens, Christopher Johnson and his son CJ, and Christopher’s friend Paul, are scavenging for leftovers from a pile of trash to fuel an airplane.

Prawn Technology is a project founded by Christopher and over the course of 20 years has gathered resources to carry out their plan to return to the planet. Paul’s hut became a gathering place for resources. 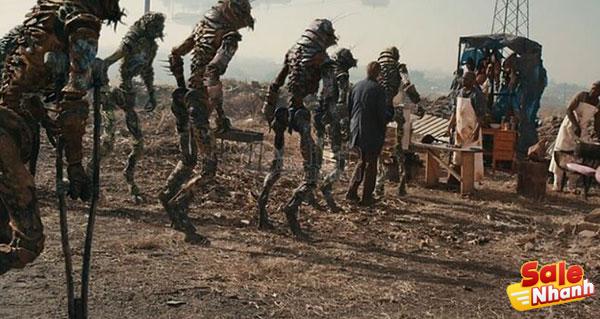 Wikus goes to Paul’s house to announce the move. He finds a hidden fuel tank inside. Unknowingly, fuel was sprayed into Wikus’ face. Considered the one who harmed Wikus, Paul was killed by Koobus Venter, the leader of the MNU mercenary detachment.

Wikus begins to mutate into Prawn, starting with changes to his left arm. Wikus began to experience severe symptoms. He suffered from vomiting, nosebleeds, dizziness, and falling fingernails, but took it lightly. Once, he fainted while attending a promotion party and was taken to the hospital.

At the hospital, Prawn’s fingernails started growing on Wikus’ left arm. Because it was not a normal case, Wikus was sent to a lab under the MNU. Researchers began to conduct research ruthlessly and came to the conclusion that Wikus had the ability to activate the Prawn weapon that required alien blood.

Smit orders researchers to perform live surgery on Wikus before Wikus fully transforms into a human-alien hybrid. That way, the organs owned by Wikus can be taken away and found for use before Wikus becomes a danger to humans. Wikus’ increased strength allows him to escape from the lab.

MNU mercenaries under the command of Kobus target Wikus. Meanwhile, information that Wikus has a dangerous disease from aliens continues to spread. The news reached Wikus’ wife, Tania. Wikus is forced to hide in District 9.

Christopher is able to treat the mutation occurring in Wikus, but Wikus must take him to the mother ship. That way, Christopher and the aliens can get out of the earth. What choice will Wikus make?

While other movies tell of the arrival of aliens to earth to invade, District 9 offers a different story. This movie focuses more on whether aliens or Shrimp are not much different from humans, some bad and some good. 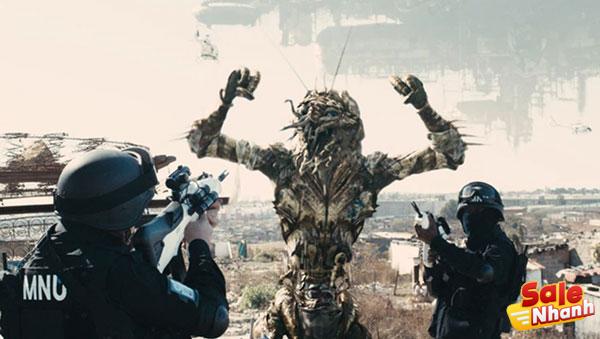 Arriving in a weakened state, the aliens are powerless as humanity builds a camp called District 9 for them.

District 9 is no ordinary camp. The camp is fenced to limit the movement of aliens and as a precaution so that they do not attack humans.

In addition, the camp is guarded by fully armed MNU mercenaries. MNU has another goal, which is to study aliens and then use the alien’s abilities and bodies to build deadly weapons.

The plot of District 9 is a new breakthrough in the alien-themed movie series. This time, it’s not a supposedly evil alien character with the intention of dominating the earth, but a human who wants to use aliens for certain purposes which could have consequences. bad for fellow human beings and aliens. To my surprise, the plot was neatly arranged.

District 9, which uses aliens as a plot booster, really explores these elements to their fullest. The story is not only about aggression but also about xenophobia, discrimination and exploitation. Fortunately, the courage to lift this heavy topic is balanced with the texture of the easy-to-follow plot.

Character wise, the main characters have strong depth. Christopher is described as an alien with above average intelligence. Although Wikus is an evil character, his character evolves as the story progresses. While Smith only aims to exploit the existence of aliens.

The advantage of District 9 is its ability to combine science fiction, drama and action in a solid plot. The arrival of aliens to earth clearly demonstrates elements of science fiction. 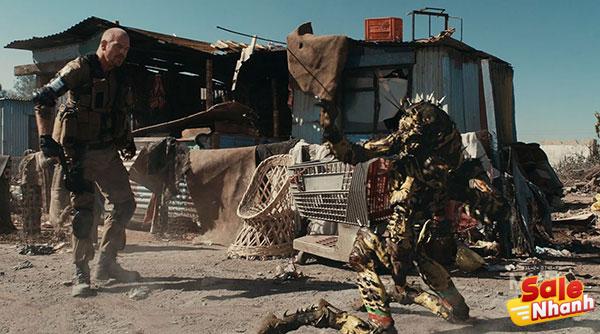 The dramatic element begins to feel as the story evolves into how difficult it is for humans to co-exist with aliens. After that, the story will develop again with scenes of war between humans and aliens.

The film by director Neill Blomkamp demonstrates a unique cinematographic technique. The arrival of the plane has been boarded by aliens at the beginning of the film, indicated by the news relay.

There are also excerpts from an interview with MNU as well as CCTV footage that makes this movie feel like a documentary. In fact, there are several scenes that show the character’s point of view.

The enjoyment of watching this film is enhanced visually because of its ingenious use of CGI. Scenes that need to use effects are made minimalistic according to needs, not overdone.

Fake make-up to power up the alien characters is also neatly done to make their figure look like a space creature.

Among the many alien movies that Salenhanh.com has introduced, District 9 is the one that feels fresh and original. Length of 112 minutes, not a long time for a film satisfying both in terms of plot and image.