School is where we learn and make friends. In the morning, the school will usually be crowded with students and teachers, who can do their activities all day there but at night it changes completely and becomes quieter. This period is considered a scary time because the school turns into a place of horror.

There are many scary stories about the school such as many people hearing people’s voices even though the school is quiet, ringing the bell no one rings, seeing people appear in the night and in the Taiwanese movie called Detention also appeared. such scary things.

In 1962, Fang Rai Shin was a 12th grader at Tsuiha High School. For her, school is not a pleasant place, and neither is her home. She feels her life is difficult and no one can understand. In fact, she feels that no one is true to herself.

Everything changes when Fang falls in love with a teacher named Zhang. To her, Zhang is seen as someone who really understands and can put her at ease. Zhang is a typical broad-minded teacher. She likes the freedom of thought. So she created a discussion group. 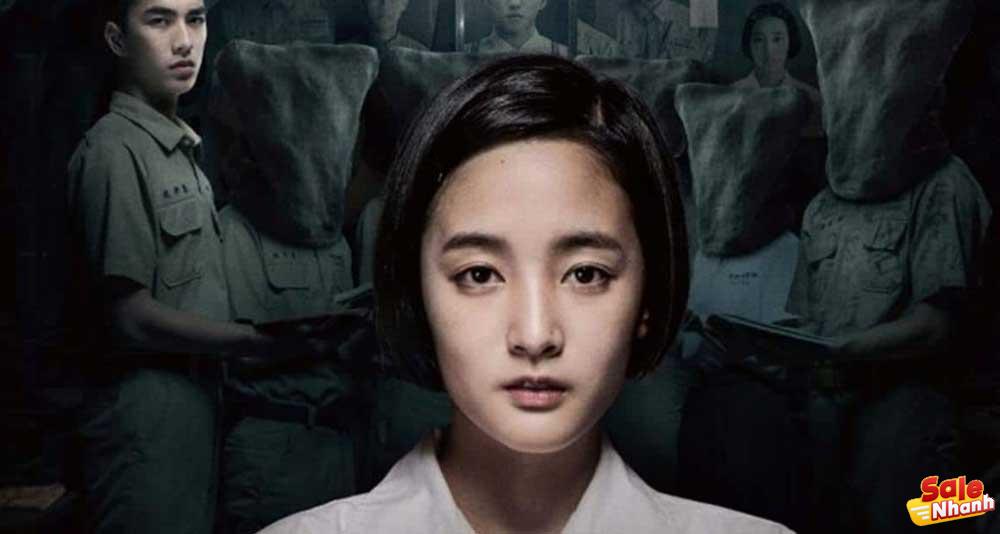 Fang was immediately interested in joining the discussion group set up by Zhang. In addition to Fang, another student named Wei Chong-ting participated. There was also Yin Tsui-han, another teacher involved. It turned out that the discussion group was going to discuss books that were banned by the government at the time.

Trouble arose when Zhang suddenly disappeared. No one knows its whereabouts. Only Fang and Wei, who were close to Zhang, knew about the teacher’s disappearance. While others look normal and tend not to notice that someone is missing. For them, the day went by as usual.

It is raining outside and it is already dark, Fang decides to go find Zhang, who has disappeared. Take turns going through the halls and rooms in the school. She meets Wei, who is also stuck and can’t go home. They must face the fact that darkness has its own mystery. Astral creatures began to manifest their presence.

Many previous unknowns led Fang and Wei to see that the place they were looking for was not the school they knew. Instead, the place was like another world filled with horrors. They are trapped inside and are trying to get out safely.

The movie Detention is an adaptation of the video game of the same name. Making a movie based on a famous game is not an easy thing. The problem is that the elements in the game cannot simply be represented visually in movie form. Fortunately, John Hsu was able to adapt two of the game’s most important elements into a movie, horror and mystery. 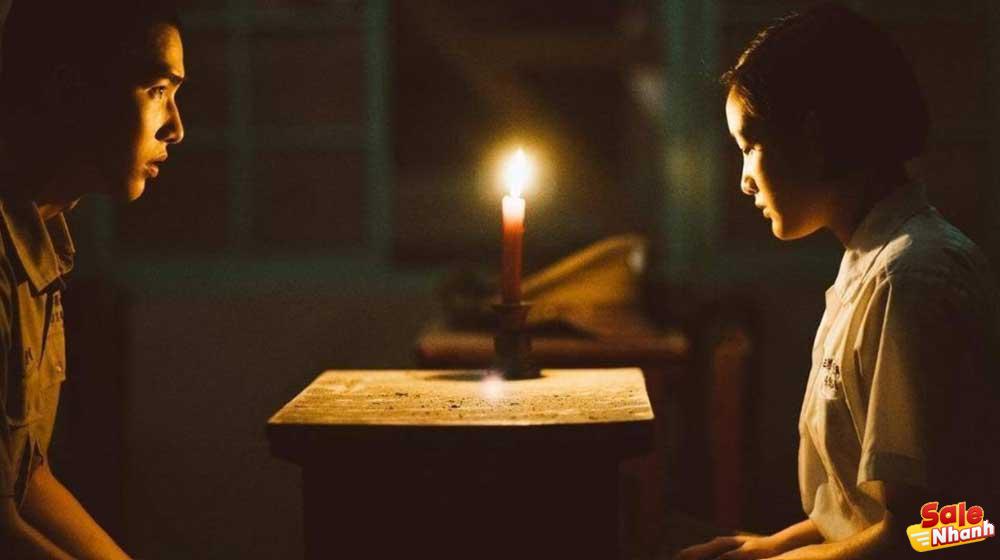 For horror movies, the use of school locations at night has been widely used. The difference is that, in the movie Detention, the creepy feeling is not only expressed in images but also from a historical perspective. Paying attention to the small details of the cosmic creatures that appear can help us understand the plot.

Fang and Wei walk in the dark with completely powerless candles and spirit figures appearing in sinister forms. There was a skinny tall ghost in a uniform running after him. There are wounded faces in the mirror. There is also a headless ghost with amazing bleeding.

Seeing the silhouettes of astral beings in Detention makes us wonder what really happened. The film is set in 1962, when Taiwan is still in the period of White Terror. At that time, the government was oppressive by suppressing all that was perceived as threatening the sovereignty of the country. 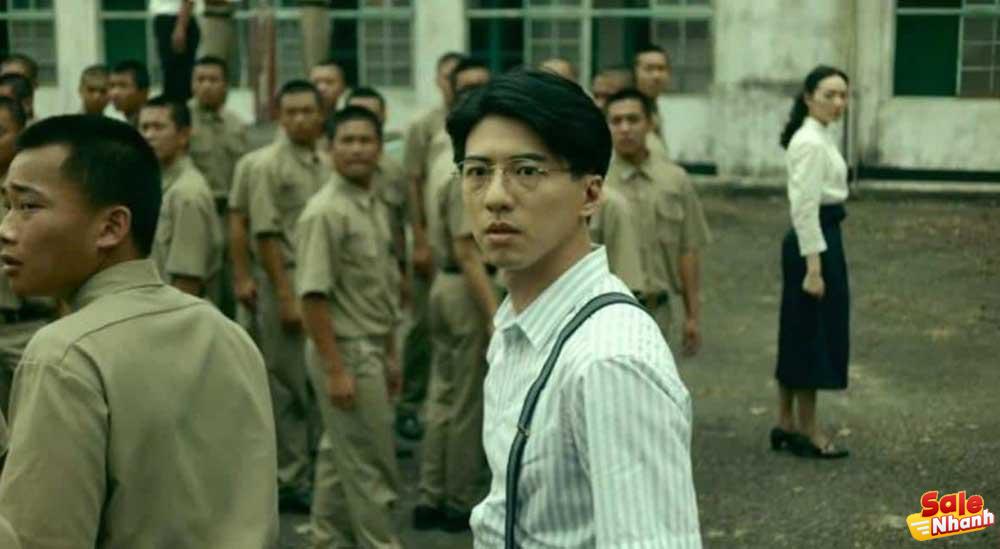 The Age of White Terror was an era in which the Taiwanese government was controlled by the Kuomintang Party (KMT). One of the banned ideologies is communism. To prevent its spread, circulation of books and discussion of books became prohibited. As a result, thousands of students were arrested and tried for dissidents with the state.

Detention’s greatness is its sure plot. Fang is portrayed as a self-contained character. He doesn’t even want to make eye contact with anyone. It turns out that behind it all, Fang has an abusive father, an up-and-coming politician. On the other hand, his mother has the opposite understanding and wants to get rid of those who are carrying out the repression with the government.

Zhang’s character portrait is also quite complete. He is described as an open-minded teacher who wants his students to gain insights. He was determined to form an underground book discussion group but it suddenly disappeared and everyone pretended not to know. The problem is, if someone defends them, they will also be accused of being a dissident. 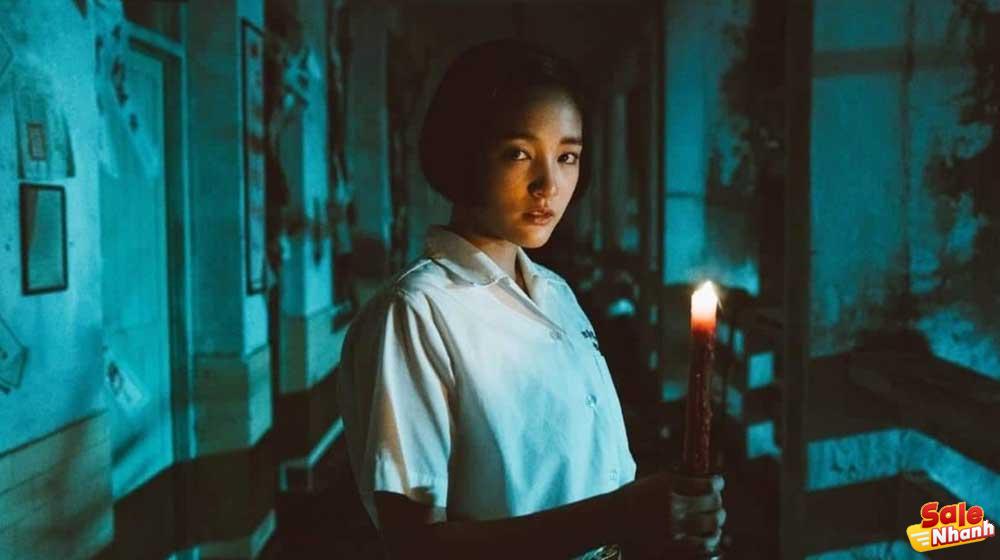 The school spirit character Fang and Wei meet is a victim of government oppression. They are not only arrested but also victims of violence. The revealed characters usually wear the Nationalist Party uniform. We wonder who is really the villain, is it the astral creature or the oppression masterminded by the KMT?

Detention does not use linear flow in the presentation of the story. There are three story divisions. The first half shows what horror movies are like in general. There are alien creatures, jumpscares, to the scary atmosphere of exploring the school at night. A dish that horror movie fans love.

The second half tries to discover what underlies the first half. We will be faced with horror not only from astral beings, but also details that can make the hairs on the back of our necks stand up. Paper has blood stains, students hang in the building until the rest are outside in the school corridor.

The third round discusses how the background in the political world is the cause of all the horrors that happen at Tsuiha High School. For those who like political topics, perhaps the first and third rounds need more attention. For fans of psychological horror, perhaps the second half should come first.

Many consider this film a breakthrough in Taiwan because it dared to involve dark historical elements. The film was also a commercial success and rejected the notion that using political or historical elements would not sell well in the market. Interested in seeing this movie? See it instantly and then share your review in the comment column, friends!