Park Mu Jin never thought that his life and that of his family were at stake as he tried to lead based on facts, data and logical thinking.

Designated Survivor: 60 Days is the story of an Environment Minister, a taken for granted who was actually able to break negative political views with all sorts of attacks. Can Park Mu Jin survive as president for the next 60 days?

A sunny morning with a beautiful clear blue sky. However, the light of the morning made no sense as a series of explosions hit the Convention Building. The walls on many sides of the Council Building collapsed in an instant, devastating the surrounding area.

With great precision, the roof of the Capitol collapsed and buried everyone inside, including the President.

Yes, President Yang Ji Man and his ministers are holding a rally there. Not only them, the meeting was also attended by opposition and pro-government parties of Mr. Yang Ji Man. All the important people gathered in one place. And, they all died instantly when Council Building was bombed by terrorists.

The President has been declared dead, which means the Green House is vacant. The Presidential seat cannot be vacant even for a second, the presidential staff is also confused, which minister should be chosen instead? All the ministers were with Yang Ji Man at that time! 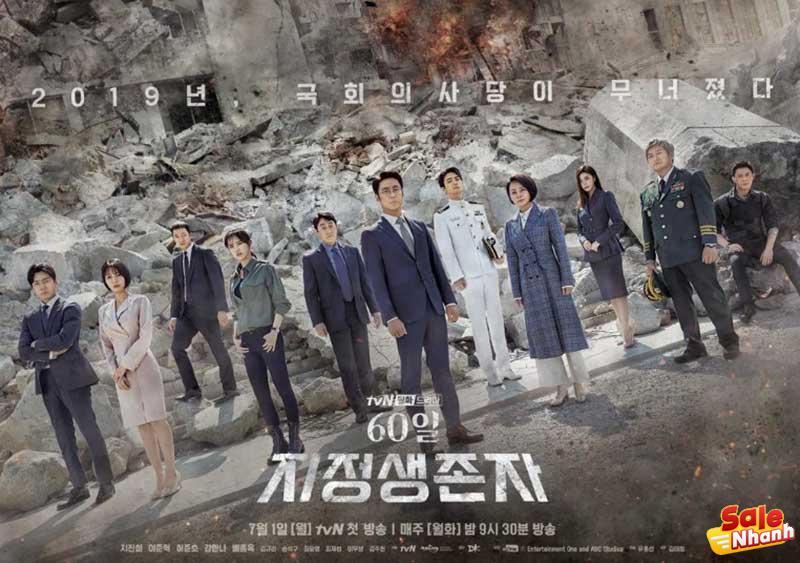 But all forgot that there was a minister who did not attend the meeting. That person was the Minister of the Environment Park Mu Jin, who had his own reasons for not being at the National Assembly Building.

There is only one cause, he was fired by Duong Quy Man, but the official dismissal letter has not been issued by the Chairman yet. So you can say that Park Mu Jin is still holding the position of minister.

And, he is the only surviving presidential minister. As such, Park Mu Jin will officially hold the position of Interim President (alternative President) for the next 60 days until the presidential election is held.

Startle? Of course. Park Mu Jin never thought of staying in politics. He just wants to devote his wisdom and experience as a scientist to clean the air of his beloved Korea. Unfortunately, he couldn’t refuse at all.

From the very first seconds of becoming the Interim President, Park Mu Jin began to carry out his duties by making difficult and controversial decisions. Military officials accused North Korea of ​​carrying out a terrorist act by bombing the Conference Building.

However, the president’s staff disagreed because South Korea and North Korea had just signed a peace treaty. In the end, the two factions intersect, disagreeing with their respective opinions.

In the midst of the current stressful situation, Park Mu Jin was forced to make a decision. He must choose one of two options; believe that North Korea is carrying out acts of terrorism or wait until everything is proven.

Both are high risk. If Park Mu Jin accuses North Korea, it means he is declaring war on this communist country. However, if we wait for the verification of the real perpetrators of the bombing, people will continue to be enveloped in fear and possible acts of terrorism.

It was not an easy decision until finally Park Mu Jin decided to collect all the data and information. Without having to take up arms, Park Mu Jin was able to quell this initial conflict. Yes, just getting started. Although it seemed peaceful, the conflict that followed became more and more complicated.

In the midst of the hot political situation, suddenly the rescue team announced that there was a survivor from the ruins of the Council Building. His name is Oh Yeong Seok. With Oh Yeong Seok’s survival, he was immediately given the title of ‘Miracle Survivor’ by the public.

Even more surprising, it turned out that Oh Yeong Seok had contributed to Park Mu Jin’s response to the country’s crisis. At first, Park Mu Jin was very happy to have an intelligent partner like Oh Yeong Seok, but recently a dark secret has been revealed.

Oh Yeong Seok is not what many people think. He purposely was the sole survivor of the bombing to sneak into the Blue House. There is an evil plan behind it all, and Oh Yeong Seok is one of those who played the role of planning the act of terror.

Of course Oh Yeong Seok is not the mastermind behind this, there are still presidential employees, Blue House staff and VIPs who really want to establish a new country according to their personal wishes and needs. surname. Who are they? How will Park Mu Jin handle it? 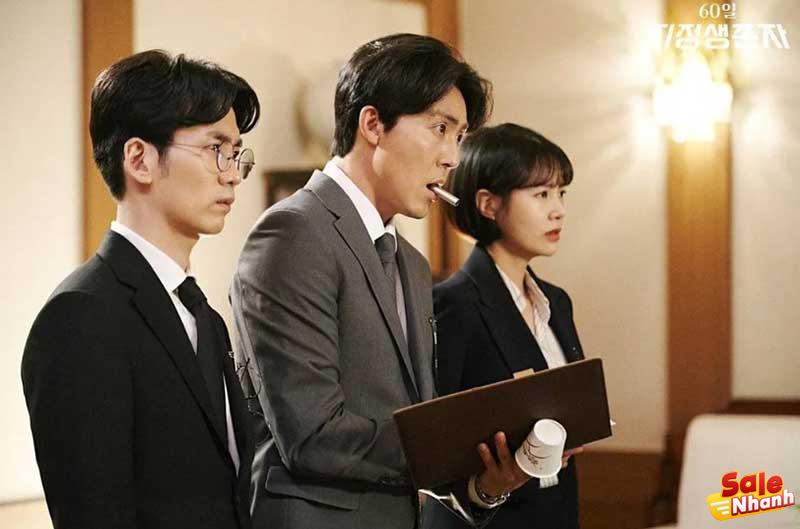 Although the flow of political issues is very dense, the audience is still given space to ‘breathe’ so as not to get tired of following political issues. Each episode is sure to have a little bit of humor that is enough to make us smile.

Besides the humorous element, the plot is also interspersed with sweet stories, whether it is a romantic relationship or a harmonious relationship from the silhouette of a happy family version of Park Mu Jin.

So when you decide to watch the movie Designated Survivor: 60 Days, don’t worry about getting overwhelmed. Although he is a serious drakor, the plot is very, very neatly done with the right ups and downs so that the audience can still enjoy the drakor very well.

MyDramalist gave it an 8.6 rating, while iMDb gave it an 8.1 rating. Pretty tall, right? No surprise, because Designated Survivor: 60 Days has a solid foundation for an interesting story idea and it’s very well packaged.

Each episode has many mysteries that make the audience curious. And, all these mysteries have a good solution without being forgotten even a little. The unique point is that the clues from all the mysteries are given bit by bit and interrelated so that they have a very clear common theme.

And of course, a great plot wouldn’t work without good cinematography. Fortunately, director Yoo Jong Sun was able to present every scene very precisely according to the situation and conditions. Here, it is often highlighted in dark tones, well suited for mourning.

However, in some scenes, the camera movement is still slightly shaky. Maybe it was intentionally made that way, so that it didn’t seem too dynamic. Despite the slight loss of cinematic smoothness, the camera shake doesn’t detract from the fun of this drakor.

All these questions have been answered in a somewhat ‘gray’ way. Let’s look at them one by one, and this will be a spoiler! The mastermind behind this terrorist incident was not just one, but a group of people. And, nicely, the person behind the bombing is President Yang Ji Man, even President Yang Ji Man agrees!

Well, it can be concluded that Yang Ji Man sacrificed himself to change the orders of the president. His motives are the same, he feels himself and the presidential ranks are no longer suitable to lead South Korea. However, this becomes an easy target for true terrorists, especially those with animosity towards South Korea.

So if asked who is the perpetrator of the bombing? Great number of! Everyone can participate with their own motives and intentions. And, what’s even more amazing is that here we can’t judge a character as bad or good, because every character in this movie has a bad side and a good side. In fact, even his criminal motives are aimed at a noble purpose, just in the wrong way.

In the end, because everyone was involved in the bombing plot, Park Mu Jin, who originally wanted to run for president, withdrew. In the previous episode, Park Mu Jin and some of his confidants even walked out of the Blue House. They withdrew not because of the loss, but instead Park Mu Jin won overwhelmingly over the other presidential candidates.

Piteous? Not exactly, Park Mu Jin’s refusal is a signal that he will run for president in the next election. Yes, although this is not explicitly stated, just a fragile expression. Therefore, many viewers are speculating that this series will continue into a second season.

Personally, I disagree. This is because if Designated Survivor: 60 Days continues into season 2, the story will become even more complicated and unclear. There will be many similar conflicts that will bring boredom. So, just leave the ending so that the audience can draw their own conclusions about the ending of the story.

In fact, this is not an original Korean drama. If you look closely, this is a TV remake from the US with almost the same title. The US version only has the title Designated Survivor, no ’60 Days’. There are many differences between the two. 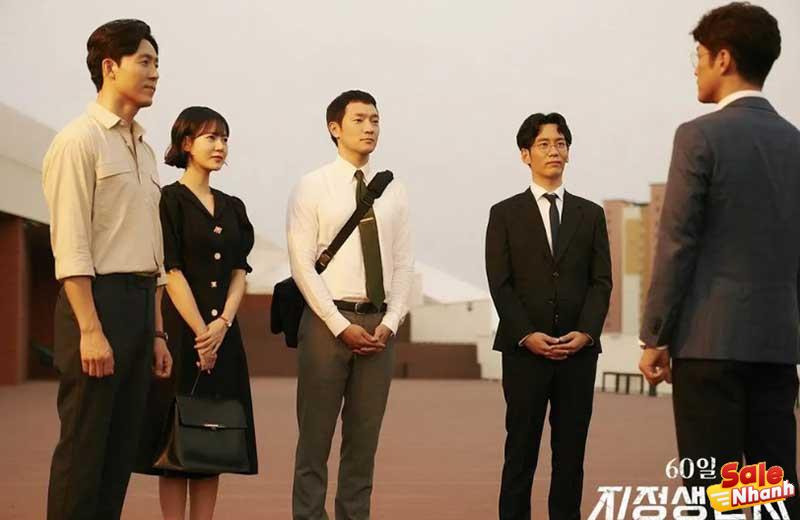 The first difference is about the plot. Although the outline of the story idea is the same, the intensity of the plot delivery is very different. In the US version, this series is more ‘tense’ with many political conflicts in one episode. Meanwhile, the Korean version still has a ‘loose’ level with the ability to ‘stretching’ more comfortably.

The next difference, the American version is very impressive about the West! No boring drama or dramatic love story. Meanwhile, the Korean version is still flavored with sweet, romantic stories of some characters, a very characteristic feature of Drakor!

Although the movie Designated Survivor: 60 Days is classified as underrated in Indonesia, this is a hidden gem drakor suitable for Drakor lovers with high intensity with minimal romance. And in general, this movie is very pleasing to the eye, so it does not cause a feeling of boredom when watching. Curious? Give it a try, OK!