The earth is divided into oceans and land. The ocean is larger than land. Based on data, 70% of the earth’s surface is water. Therefore, life on land has largely been studied by humans. This is in contrast to the ocean, which is still a mystery.

Many creatures under the sea have not been scientifically studied by humans, making the sea a mysterious place. Many animals with unusual shapes were suddenly discovered.

In the movie Deep Rising, there are deadly animals that are ready to eat humans in the ocean. The animal is an octopus that specializes in sucking human blood. Summary and rating of the movie like? Let’s talk, come on!

Captain Finnegan and his two crewmen, Joey Pantucci and Leila, are sailing in the South China Sea. They were pointed at by a group of mercenaries.

The mercenaries are Hanover, Mulligan, Billy, T-Ray, Mamooli, and Vivo. They asked Finnegan to steer the ship through the storm. Finnegan heard that Hanover and his men were tasked with launching torpedoes.

Meanwhile, there are also luxury ships crossing the South China Sea. That ship was the Argonautica, a luxury cruise ship with upper-class passengers.

Simon Canton, the builder of the Argonautica, shows passengers the virtues of his homemade ship. At the same time, there is Trillian, a fugitive cop who is on a boat to carry out a robbery.

Trillian stole the wallet of the captain, Captain Arthenton. To avoid suspicion, he went up to the deck and heard a strange sound approaching.

Feeling uneasy, he entered the train. He then used an access card from Arthenton’s wallet to break into a safe containing valuables. Before he could steal, Trillian was caught by Arthenton and security agents.

Argonautica suddenly encountered a problem. The ship’s navigation and communications systems were down. Suddenly, a figure approached the ship. This creature enters the ship and kills the passengers. 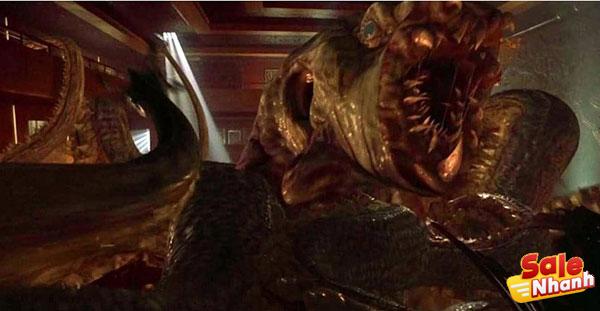 Surviving passengers fled. But this creature has internal organs that can fit a small hole. One of them is through the toilet hole used as an entrance to kill passengers.

The ship Finnegan was piloting was damaged after a collision with a speedboat. Leila and Pantucci see a ship in the distance that turns out to be the Argonautica.

Realizing that it contained wealthy passengers, Hanover and his friends changed course. They intend to rob the valuables of the Argonautica passengers.

Hanover’s men enter Argonautica. Hanover will check the status of passengers on the luxury ship. T-Ray and Mamooli are assigned to escort Pantucci and Finnegan to find the ship’s parts.

An argument between Finnegan and T-Ray ensues. In the middle of the argument, a creature emerged from the water. He caught T-Ray, sucked his blood and then vomited it up.

On the run, they meet Trillian, who later joins Finnegan and Pantucci. Hanover and Vivo open a vault. They were surprised because Canton and Arthenton were hiding in the cellar. Vivo was injured because Canton reflexively used an ax to defend himself.

Hanover duel with Canton and Arthenton. The fight stops after Canton claims that his ship has been attacked by a terrible creature.

Canton, Arthenton and Hanover meet Finnegan, Pantucci and Trillian. Finnegan learns that Canton sent Hanover to blow up the Argonautica.

Canton devised this evil scheme to get a large sum of insurance money. Arthenton is furious when he learns of Canton’s evil plan. As things heat up, monstrous sea creatures reappear.

This time his form was clear, he was a large octopus. Although they hate each other, there are problems, but everyone who is still alive must try together. Can they save themselves from the horrors of the bloodthirsty giant octopus? 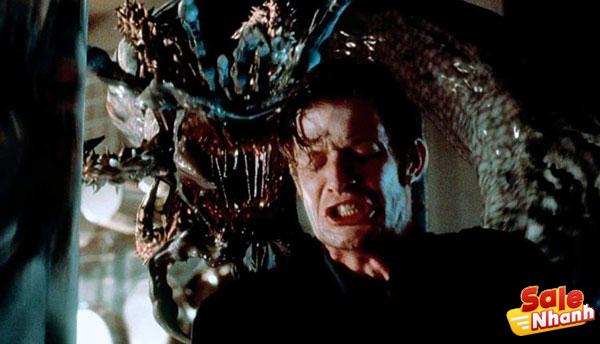 Typical monster of the 90s

Horror movies that use monsters as villains never settle down with time. But in the ’90s, this theme was used by dozens of movie titles.

Some of the famous movies are Godzilla, Jurassic Park, Alien, Mimic and Werewolf. Unsurprisingly, Deep Rising uses a similar theme, except that the chosen monster is a giant octopus.

Watching Deep Rising will bring us to meet the monsters typical of the 90s because the use of CGI is also appropriate for the times.

Although it looks outdated compared to today’s technology, it’s not a big deal because of the fun this movie brings. The bloodthirsty monster that suddenly appeared in the middle of the sea was enough to give the audience a feeling of terror.

Deep Rising is special because it combines action and horror. The octopus is huge enough to threaten us by attacking the luxury ship and its passengers. To defeat him, the survivors must find his weakness. Definitely not an easy job because lives are at stake. 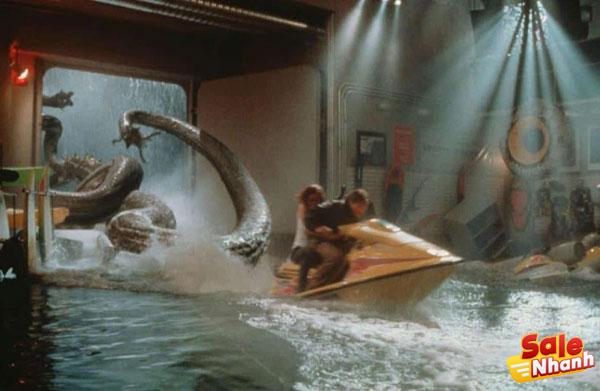 A sense of horror is incorporated into the action scenes in this movie. Shooting, chasing, burning and trying to escape the octopus by speedboat on luxury cruise ships is an interesting dish. With a simple premise but clear conflict, this movie really delights the audience with its thrilling scenes.

Conflict of each character

The survivors must not only save themselves from the attack of the giant octopus, but also overcome internal problems. Arthenton has a problem with Trillian, who stole his wallet.

Arthenton also had a problem with Canton, who tried to risk his life for the insurance money. Finnegan and Pantucci are in trouble with Hanover because it was Hanover who trapped them in Argonautica.

This internal conflict only exacerbates the problem. You can imagine how people who don’t like each other have to put their egos aside and work together to survive.

The possibility of betraying each other or sacrificing people you don’t like is very likely to arise. But on the other hand, it takes a lot of people to take down a giant octopus. 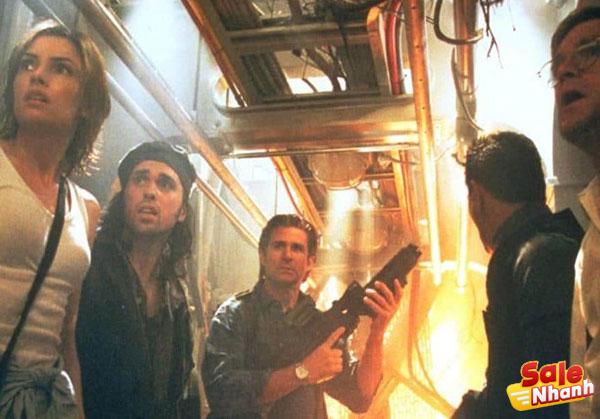 It turns out that the rest of the characters in Argonautica all have something to hide. There is no good versus evil but who is worse than the other. While it lacks story depth, the uniqueness of those who have to save themselves can be an antidote.

Deep Rising can be classified as a cult movie of the 90s. It doesn’t need a lot of opening words, immediately shows intense horror with a fairly fast tempo.

To entertain connoisseurs of horror and action, this movie could be a perfect sight even though it isn’t much talked about by movie fans.

If you are used to watching movies released from 2010 onwards, your eyes may feel uncomfortable watching this movie. Because the technology used in this film was not as sophisticated as it is now.

However, if you are open enough to accept those flaws, then this movie will be very enjoyable. Like this kind of movie? If you have other suggestions, you can write them in the comments column, guys!