Retirement quietly is the choice and hope of many people, right? But when you retire, it turns out that you are still being chased by a deadly case that not only threatens you but also endangers the lives of millions of people across Korea due to negative bombs. bar.

That is roughly the content of the story in the movie directed by Hwang In Ho called Decibel. This movie Decibel with a production budget of up to 4.3 million USD will be released on November 30, 2022 with famous stars such as Kim Rae Won, Lee Jong Suk, multi-talented handsome Cha Eun Woo also present. in this movie.

As they prepare to return to base, a torpedo remains active and chases a submarine that is mistaken for an enemy target. When he learned that the submarine was being pursued by torpedoes, Kang Do Young immediately acted with the support of the crew to let the ship escape the torpedo.

Then, the film transitions to the present when Kang Do Young is present at a ceremony to commemorate the 1st anniversary of the submarine incident that killed 22 of his crew. A government security agent, Agent Cha (Park Byung Eun), remains curious about what really happened and follows Do Young.

Before the event begins, Do Young receives a mysterious phone call saying that there will be 2 active bombs stored around the playground and in the house of a surviving member of the submarine. Do Young is asked to choose which bomb will explode, but because he is suspected of being a prankster, Do Young ignores it.

Immediately after the phone was cut off, a bomb detonated when it exceeded 100 decibels exploded at the residence of a former submariner that sank a year ago. News also appeared, making everyone excited; Do Young is no exception, who has just returned from a memorial service and is questioned by Agent Cha. 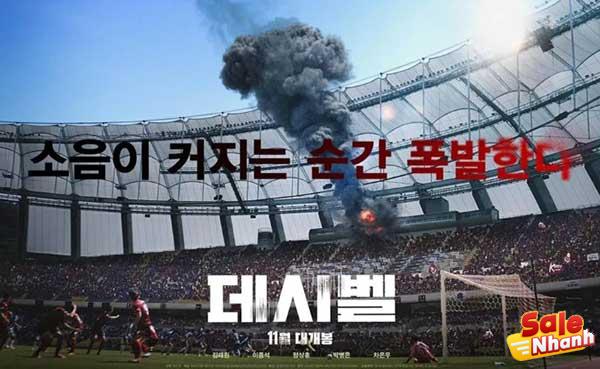 While searching for clues, Do Young again received a call regarding the next bomb site, which he named Torpedo 2. The perpetrator had planted a bomb in a place in the stadium where it was taking place. match between Busan and Tokyo at that time. With more than 50,000 people in danger, Do Young rushed to the stadium.

Inside the stadium, a father and CBC News reporter named Oh Dae Oh (Sang Hoon Jung) is watching the match with his son. While preparing to buy food, he ran into Do Young. Do Young stumbles across Dae Oh, who immediately chases after the former commander.

Dae Oh vaguely hears bomb words from the phone conversation between Do Young and the perpetrator. He then hugs Do Young and asks what really happened, Do Young immediately asks Dae Oh for help to stop the match somehow so that the whole stadium doesn’t get too noisy.

While Do Young searches for the bomb, it turns out to be a place that has been converted into a VIP podium, which houses many important figures and officials, some of them state security officials specializing in handling submarine cases. . Dae Oh tries to pause the game, but the stadium rumbles as a penalty is scored.

The bomb was finally detonated and exploded, fortunately Do Young was able to evacuate everyone including a child stuck in the toilet. When the explosion happened, everyone saved themselves. The killer was satisfied because he succeeded, causing Do Young to worry. He then tests his patience again by kidnapping Do Young’s child.

He kept her in a truck. Do Young again asked Dae Oh for help, as soon as Dae Oh found the truck and opened the door, the car exploded. However, no one was there. The game continues, now Torpedo 3 & 4 has been launched. Torpedo 3 is the bomb that was placed in the children’s playground earlier.

Torpedo 4 is the bomb placed in the largest water park in Korea. The killer asks Do Young to determine which bomb will explode. Do Young’s wife, Jang Yu Jeong (Lee Sang Hee) is a sergeant in the counterterrorism team. Later, she helped her husband defuse the bomb at the playground.

However, there were many obstacles so both the bombs at the playground and the water park exploded due to the loud sound. Fortunately, one of the bombs was a hoax. Meanwhile, the bomb at the Children’s Playground, which is believed to be a hoax, explodes, injuring Sergeant Jang Yu Jeong and being taken to the hospital.

Not stopping there, the killer turned out to be a former submarine captain, namely Jeong Tae Seong, who had now kidnapped Yu Jeong and put on him a bomb vest. Same goes for Do Young’s son. To defuse it, the vest bomb that Tae Seong was wearing had to be placed near one of the bombs mounted on Do Young’s wife or child. 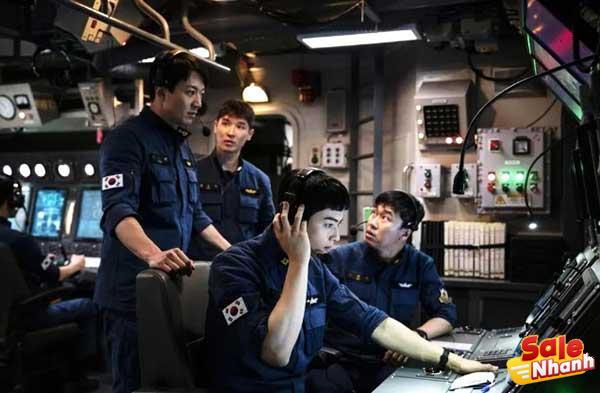 After killing the officials involved in the submarine case by blowing up their car, Tae Seong & Do Young finally meet. Tae Seong explains why he does all that. This is due to revenge due to Do Young’s decision to stay on the submarine to kill his sister.

Tae Seong eventually hunts down Do Young to kill him, but Tae Seong ends up dead after being shot by Agent Cha. Do Young did not waste time, he immediately ran to his wife to defuse the bomb and then drove his car to where his son was being protected by Dae Oh to defuse the bomb.

They eventually survive and the bombing ends, but Do Young still feels regret over the decision that made Tae Seong go this far. He finally revealed all the secrets of the submarine case that turned out to be government involvement so that the media finally found out the truth.

If you’ve seen the movie Die Hard & Speed ​​then you’ll get a glimpse of the vibes of two popular action movies in this Decibel movie. It’s really close, especially when Do Young is looking for a bomb site & Dae Oh suddenly appears to help him, just like in the movie Die Hard: With A Vengeance. 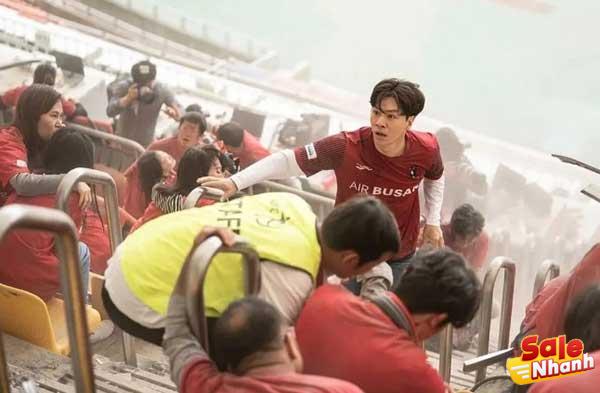 Then when Do Young suddenly took Dae Oh’s car to go to the scene of the bombing. Because Young drives his car very fast, crashing here and there, causing Dae Oh to panic because the car hasn’t been paid in full, this is the scene in the movie Speed ​​when Keanu Reeves tries to chase the bombed bus.

In terms of acting, Kim Rae Won and Lee Jong Suk don’t have to be in doubt, right? The two of them were able to appear in some of the super hit Korean dramas and movies. One of them is this decibel film. So far, we always see Lee Jong Suk as the main character, but here, he shows a different side. 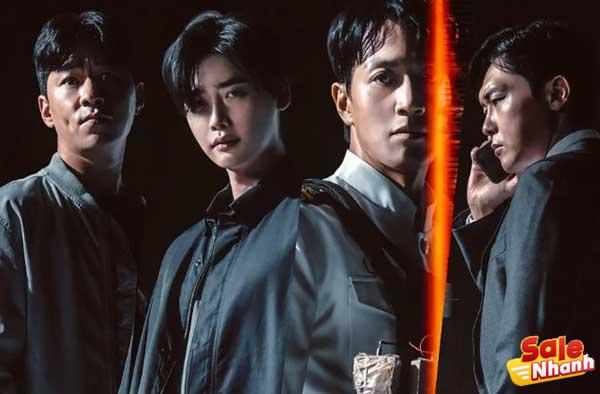 Lee Jong Suk managed to become a villain against Kim Rae Won, who was baffled by Lee Jong Suk’s ubiquitous bomb-laying behavior. Kim Rae Won also successfully played the character Do Young, a father who loves his family but cannot be selfish because he has to help many other lives.

When compared to other blockbusters, this Decibel movie seems to be less of a pain in the ass, because the low-explosive bomb installed is not the kind of bomb that can cause mass panic. throughout the city, although the sound bomb idea is so good that it is rarely used by other filmmakers.

As a result, the movie feels awkward; can not really thrill the audience but can still keep the audience curious until the end of the movie. However, this 110-minute film did not disappoint fans who were waiting for Decibel to hit theaters.

Oh yes, for those of you who really like Cha Eun Woo, this movie could be the panacea for the yearning to see the acting of the guy born in 1997 very, very well. Watching this Korean movie is not inferior. In addition to the compelling plot, the acting is good, the casting of the stars is also good! 3.8 for Decibels!