After appearing in the series Your Eyes Tell, Ryusei Yokohama returned to appear in a mini-series with 8 episodes. This time, he appeared in a mysterious romantic drama that will make the audience extremely curious. This drama is also predicted to be one of the best TV series.

Cursed in Love, produced by 4 different directors, not only shows the unusual romance between childhood friends, you will also be curious about the murder mystery that happened to the character’s mother. main. How was the movie? Check out the Cursed in Love synopsis and review below!

In Kogetsuan, there is Tsubaki Takatsuki, the son of Kogetsuan owner, Itsuki Takatsuki. Tsubaki often calls Nao by the name Sakura. Tsubaki, who doesn’t differ much from Nao’s age, often plays with Nao and they also enjoy making snacks together.

Their life is quite harmonious even though Nao is the son of an employee and Tsubaki is the son of a shop owner. But one day, a tragic event happened to their family.

Kogetsuan’s owner, Tsubaki’s father, was found dead covered in blood from a stab wound. Sadly, it was Tsubaki who found Itsuki’s body.

Tsubaki told the police that she had seen Nao’s mother earlier in her father’s room. Police also found Nao’s mother’s fingerprints on the knife. Nao’s mother was automatically arrested by the police and brought to trial. Ironically, before serving the sentence, Nao’s mother died of depression. 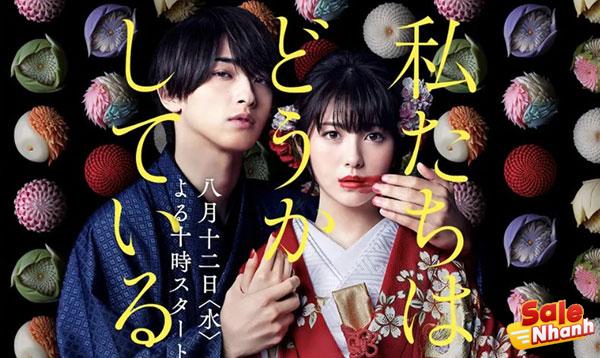 Nao’s world fell apart in an instant. His only family has been taken away and he now lives alone. Since then, Nao hates Tsubaki and Kogetsuan’s family, especially Tsubaki.

Fifteen years have passed, and Nao has grown up. Nao still loves making snacks, he even works in a confectionery store. But he still couldn’t forget the events of 15 years ago. One day, Nao is suddenly fired from his job. Rumors surround his workplace that Nao is the son of a murderer.

The helpless Nao finally had no choice but to accept her fate. Without losing his mind, Nao remembered someone had invited him to make a snack for the wedding ceremony. Previously, Nao had turned down the offer because there was a possibility that Nao would meet people from Kogetsuan.

But in order to still be able to make snacks, Nao finally agreed. And sure enough, he met Tsubaki again after 15 years. Surprisingly, Tsubaki didn’t recognize Nao at all.

Tsubaki is impressed by Nao’s presentation, and during their first meeting in 15 years, Tsubaki unexpectedly asks Nao to marry him.

Of course, Nao was surprised at the seemingly joking invitation. However, Nao thinks of revenge and wants to reveal what really happened 15 years ago.

Without thinking, Nao accepted Tsubaki’s marriage invitation. Will Nao be able to uncover the truth of the events 15 years ago? You can watch the movie until the end, okay?

Since the first episode, this series has brought us to the murder mystery of the legendary confectionery shop owner, Kogetsuan. The remaining viewer wondered how a small child could accuse an innocent-looking person of murder. So this movie caught my interest to keep watching the movie till the end.

Although the overall theme of this movie is that the mystery of the murder of Kogetsuan’s owner hasn’t been revealed for decades, this movie also shows the growing romance between Nao and Tsubaki.

Nao has liked Tsubaki since they were kids. But in the aftermath of the murder, Nao’s feelings of love instantly disappeared and turned into hatred. 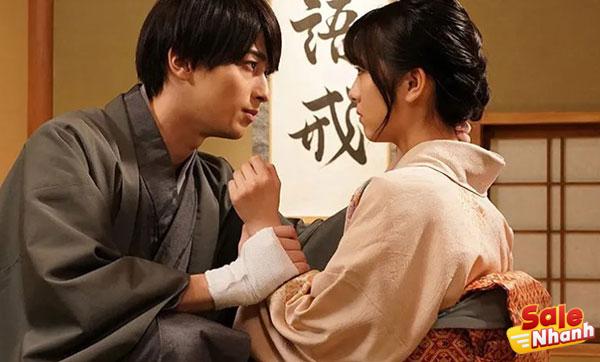 Same goes for Tsubaki. He really likes Nao or someone he knows Sakura. But Tsubaki believes that Nao’s mother is the cause of his father’s death. Over the course of 8 episodes, we will be introduced to the development of Nao and Tsubaki’s romance, starting from love, hate, and then into love.

The mystery surrounding the romance of Nao and Tsubaki also makes the movie less boring because the audience will be curious to know who the main culprit in the murder of Kogetsuan’s owner is.

Japanese dramas or movies are always memorable because they never let the Japanese cultural identity slip into each of their works. Including this TV series. From posters to dramas, Cursed in Love has always been related to Japanese culture.

You can see this from the majority of the wardrobe and venue settings used by the players. Although the film’s chronological setting is modern, the setting is a traditional Japanese house.

The clothes of the players almost all use kimono. This is done to show Kogetsuan’s identity as a traditional confectionery shop that has been around for hundreds of years.

In addition, the plot of the story cannot be separated from Japanese culture. When Tsubaki’s grandfather, the legal owner of Kogetsuan, made a will, he only wanted Takatsuki’s true descendants to inherit Kogetsuan. In the middle of the story, it is revealed that Tsubaki is not the biological child of the person she considers her father, namely Itsuki Takatsuki.

That fact made Tsubaki’s grandfather very angry. He later became very resentful of Tsubaki and rejected Tsubaki as Kogetsuan’s heir. This seems to show the Japanese people’s attitude of attaching great importance to descendants. 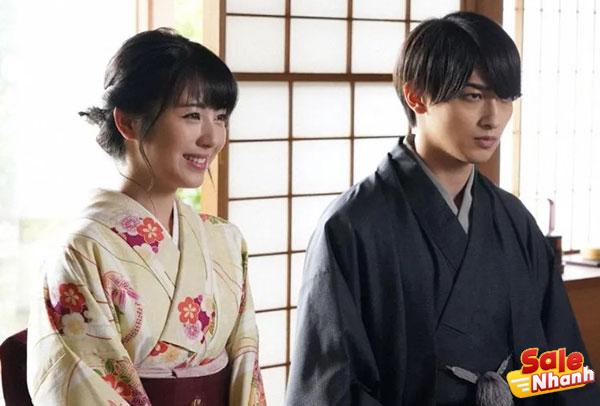 Overall, this movie offers a lot of fun that will keep you watching from start to finish. In addition to the romance wrapped in mystery, the snacks that appear in each episode also help arouse the taste buds.

Each snack that comes out has a nice appearance with soft colors and also has gradient accents. Very pretty!

The detailed shots used during filming make this snack even tastier even though it can only be seen from the screen. The audience can seem to feel the feeling of eating the best traditional snacks in Japan.

In addition, each type of confectionery has its own philosophy. The strong confectionery story or philosophy makes this movie feel that it is more valuable and even more watchable!

Overall, Cursed in Love could be one of the funniest Japanese dramas worth watching. Not only from the compelling plot, this film also presents a scene imbued with Japanese culture. You may be more interested in knowing more about Japanese cuisine through this movie.

So are you interested to see it? Or did you watch it? Don’t forget to share your opinion about this movie in the comments!