Conan: The Last Wizard of The Century movie review

Conan: The Last Wizard of The Century is the 3rd famous Detective Conan animated film released in 1999. After the case that nearly took Ran’s life in the sequel. In the previous film, The Fourteenth Target, Shinichi Kudo aka Conan Edogawa must now return to face a new and equally complicated case. 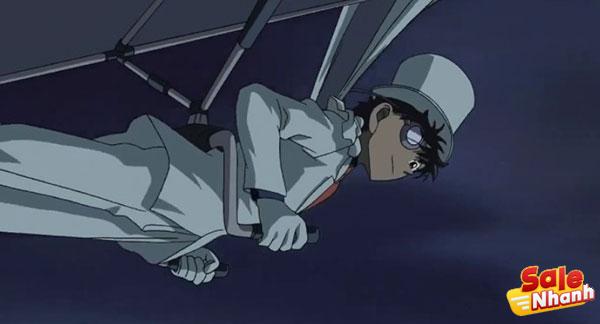 This film tells the story of tracing hereditary history in the form of Fabergé eggs. Conan must stop the perpetrators who are searching for the inheritance before everyone involved in the recognition of the treasure is killed one by one, including Ran! Let’s find out with Salenhanh.com through the article below

Trailer of the famous detective conan: The last magician of the century

Conan: The Last Wizard of The Century synopsis

The film opens with Ayumi waking up in the middle of the night to find Kaito Kid (Kappei Yamaguchi) on the porch of her apartment. Ayumi, who was half awake, was shocked to find a handsome man trapped in front of her balcony surrounded by light from several helicopters chasing her.

Investigating, Kaito Kid is being targeted because he sends a message that he is coming to steal a Fabergé egg that will be displayed at the Sonoko (Naoko Matsui) family museum, Suzuki Museum of Modern Art in Osaka. Sonoko’s once toy egg turns out to be a valuable inheritance.

The Fabergé egg is known as a memory egg from the Romanov dynasty of tsarist Russia. The egg was an Easter gift from the empire to the reigning queen at the time.

The Suzuki family is one of the owners of the 51st memory egg and intends to display it to the public with the approval of Suzuki Corporation Director, Sonoko’s father, Shiro Suzuki. 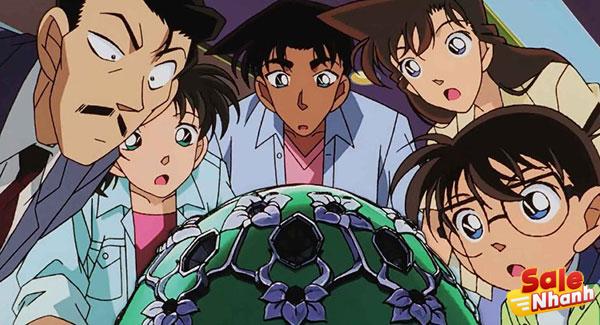 Shiro Suzuki enlists the help of the Tokyo and Osaka police to protect the famous egg. Not forgetting, Kogoro Mouri (Akira Kamiya), Ran (Wakana Yamazaki) and Conan (Minami Takayama) joined Heiji Hattori and his girlfriend, Kazuha Toyama to investigate the Kaito Kid and the Febergé egg.

When they arrived at the Suzuki Family Museum, Shiro began to introduce them to a number of interested parties and stated that the Suzuki family’s Febbergé eggs were better left to their care.

Among them were Sergei Ovchinnicov, the representative of the Russian embassy for state antiquities, a businessman named Inu Shoichi, a Romanov dynasty researcher, Hoshi Seiran and a journalist searching for the origin of the memory egg. , Sagawa Ryu.

After introducing and showing Conan and the group the eggs everyone was looking for, Shiro and Kogoro left the museum. While Sonoko, Ran and Kazuha walked around the city; while Heiji and Conan together reveal the location where Kaito Kid will appear to steal the memory eggs.

Not long after, as they were about to leave the Museum, Heiji and Conan met a woman named Kousaka Natsumi, who was eager to meet Shiro Suzuki because she wanted to see the memory egg like the sketch made by him. She performs- Grandpa.

At the same time, Conan and Heiji knew where Kaito Kid would appear due to seeing a watch which gave Conan an idea.

While chasing after Kaito, who had snatched the memory egg, Conan was surprised by a mysterious figure who shot Kaito from a distance, injuring his pigeon and dropping the memory egg.

Conan immediately returned the egg to the Suzuki family. As a result, the exhibition at the Museum was canceled, the eggs will be brought back to Tokyo with the whole crew on the Suzuki family yacht.

On the way to Tokyo, Natsumi told him everything. He showed them a partial sketch of two eggs and a key, which had been found among his late grandmother’s memento. At the same time, the detective instinct is very intense. Conan senses that the mysterious culprit who shot the Kid is on the ship with them.

Sure enough, that night Sagawa was found dead in his room with a gunshot wound to his eye. Knowing this, the train stops and Inspector Megure along with his men Takagi and Shiratori arrive by helicopter to inspect the crime scene. 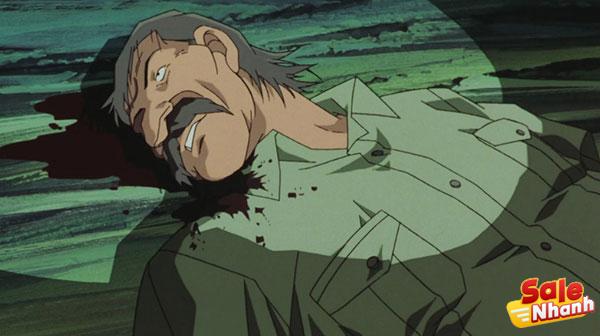 At first, they suspect Sonoko’s father’s servant, Nishino, but Conan can confirm that it is not him but Scorpion.

Scorpion is a notorious assassin who always shoots his victims in the right eye. Not to mention a lifeboat missing on board proves that Scorpio escaped. After landing in Tokyo, the party arrives at the Natsumi clan’s castle in Yokosuka. Little do they know that Scorpio is aiming for the second egg.

While exploring the castle, Conan’s group found a secret passage under the castle. As they crossed the tunnel, Inui, chasing a figure he saw in one of the tunnels, was shot dead with a silenced pistol.

Not realizing that Inui is dead, they continue to explore deeper into the tunnel, until they find a coffin with a corpse holding a second egg.

When it was opened, it was true that the egg belonged to the Natsumi family. However, just about to deliver, suddenly two eggs were splashed by the crooks, making no one dare to chase. Conan was the only one chasing the culprit. He believes that Scorpio is the researcher Seiran.

He shot his victim in the right eye to avenge his ancestor, Rasputin, whose body was found with the missing eye. And whoever opposes Rasputin he will kill, he even attacks Ran because Ran asked who Rasputin is.

Meanwhile, the egg he stole is also an arena for revenge. When he was about to run away, Conan stopped Seiran and the case was finally over.

Review of the movie Conan: The Last Magician of the Century

For some reason, all the stories in the Detective Conan series and movies, all the things that are-everyone-can’t-have, must have originated in the Sonoko family. aka Suzuki’s extended family. 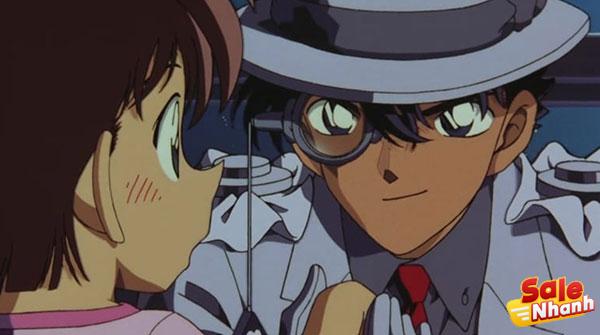 Suzuki is known as a financial company with millions of subsidiaries from many different fields, so the Suzuki family is the richest and most prestigious family in Japan.

This time it’s an item that everyone in the movie scrambles for; yes, one of the items owned by the Suzuki family, specifically the most valuable inheritance of the Russian tsarist family during the Romanov dynasty in the form of a golden egg known as the Egg memory or The Imperial Easter. Can you imagine how billionaire the Suzuki family is?

This film is Detective Conan’s first film to discuss a bit the history of another country, namely Russia. Through the Royal Easter Egg, it’s a source of trouble.

We get to know some historical figures; one of them is Rasputin as the ancestor and clan of the famous Tsar Nicholas II. The Royal Easter Egg itself is a truly special egg.

Crafted by jeweler Febbergé, the egg was also made at a time when Russia was facing financial difficulties. No wonder this egg is really valuable. And did you know that these Febbergé eggs really exist?

Conan: The Last Magician of the Century

Part 3 Famous Detective Conan has much better cinematography than the previous Detective Conan movie. Starting from the movement to the detail of the image, Aoyama Gosho and his team have really paid attention to it. Thank you TMS Entertainment for being able to turn this Detective Conan story into a movie, not just a picture in a comic book.