Humans have lived on earth for thousands of years. Every year, the number of people continues to increase. Humans’ ability to reproduce and adapt makes them avoid extinction. The number of births is still higher than the death rate. You could say, the human race is still far from extinct.

Since ancient times, humanity has experienced a phenomenon that caused the human population to plummet. Whether it’s because of a natural disaster, or because of a tragedy like war.

In the movie Children of Men, humans are told that it is difficult to reproduce. It threatens humanity that is on the verge of extinction. Check out the film’s synopsis and reviews below.

In the year 2027, the world is suffering from a terrible phenomenon. In the past 18 years, no human has ever given birth. As a result, there was mass panic in different regions. War is going on everywhere.

Humans are predicted to be extinct soon. The UK is the only territory that has functioned as a country in the past.

People are racing to stay in the UK. The high number of immigrants led Britain to impose tight controls on its territory. Illegal immigrants are arrested, jailed or even executed.

According to Faron, a former activist who now works in an office, is watching the news in a cafe. When he goes out, the cafe explodes with a bomb.

Theo was kidnapped by a group of people. The kidnappers were members of the Fishes, a right-wing immigrant group. Fishes is led by Theo’s ex-wife, Julian Taylor. Theo and Julian divorced after their son died of the flu pandemic in 2008. Julian invited Theo to work together. He wanted Theo to do the paperwork for an immigrant named Kee. 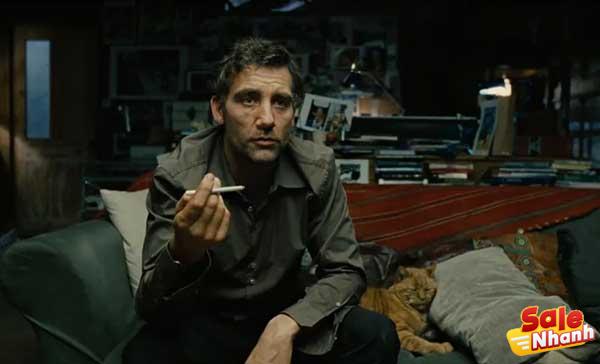 Theo manages to get documents for Kee with the help of his cousin. This support is not without rewards. Theo’s cousin demanded a large sum of money. Theo goes on a mission to bring Kee to the UK. He is accompanied by Julian, Luke, a member of the Fishes, and a midwife named Miriam.

Along the way, a group of subjects attacked the car that Theo’s group was traveling in. Julian was killed. Then two policemen stopped the car. Luke kills two policemen. Theo and his colleagues hid Julian’s body in the car. Then they went to Fishes’ headquarters.

At the Fishes headquarters, Kee confessed to Theo that she was pregnant. This makes Kee the only pregnant woman in the world. According to Kee, Julian wanted to take him to The Human Project.

This idea was opposed by Luke, who asked the two of them to stay. Luke is chosen as the new leader of the Fishes. At night, Theo overheard the Fishes members talking.

It turns out that the group that killed Julian was the Fish-Man. That way, Luke can take the lead. Kee’s baby will be used as a tool to spark a revolution.

Theo awakened Kee and Miriam. They steal a car then escape from Fishes’ headquarters. They went to Theo’s friend Jasper Palmer’s house. Jasper used to be a cartoonist on political topics.

Now he makes a living as a cannabis dealer in a remote area. Theo felt that his existence, Kee and Miriam for the moment were quite safe.

As intended to bring Kee to Tomorrow, the ship of the Human Project. The ship will dock in the Bexhill-on-Sea region. Jasper turned to Syd for help. Syd is an immigration policeman who often buys marijuana from Jasper.

Fishes learned about Theo and Kee’s whereabouts. Can Theo get Kee to Tomorrow? Will Kee give birth to her first child in 18 years? Children of Men raises some heavy topics such as xenophobia, corporate technology, environmental destruction, and various political conspiracies. The result is mass paranoia.

The movie just opens with a horrible scene. A news report said that Diego, the youngest person in the world, had just passed away. Although Diego is the hope after 18 years of infertility on earth.

Of the many themes raised, the one of xenophobia is most emphasized in this film. Immigrants are described as having a difficult life. They were locked in a cage. The number of people in it was beyond capacity. Several others had to hide in the remains of the building’s ruins.

Fishes is a right-wing immigrant group. They dared to use direct confrontation with the officers. The British government itself considers Fishes’ actions a form of terrorism. Indirectly, this film also raises concerns about fascism and extremism. Both are built on human fear.

The heavy themes raised in this film are surprisingly gentle. We won’t even get too carried away while watching. Theo’s attempt to save himself and Kee alone was stressful enough. However, these topics became interesting because of their relevance to the times. 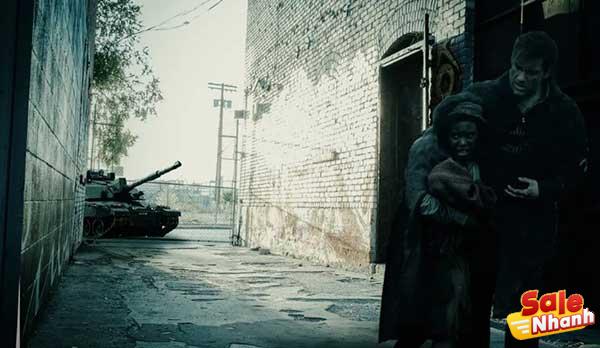 Children of Men uses small details to convey clues. Television news, newspaper writing, and dialogue are used to reinforce narrative in the plot.

Visually, the chaos of the world is successfully displayed to the fullest extent. It is complemented by a thick color with a gray tint. The result is a bizarre look. This film from director Alfonso Cuaron showcases some excellent cinematography. One of them is the long-term use.

In one scene, Theo has to get Kee to safety. Meanwhile around them is going on a fight between the officers and the Fishman. The camera continued to track Theo and Kee’s movements. The camera then moves to highlight the surroundings.

There were people lying around until they were wounded by the gunshots. Unadjusted, the stretch lasted for six minutes. This movie is not only satisfying in terms of story but also in terms of visual presentation. Especially for those of you who like stories on the topic of farsightedness. This movie presents a scenario that is close to reality. 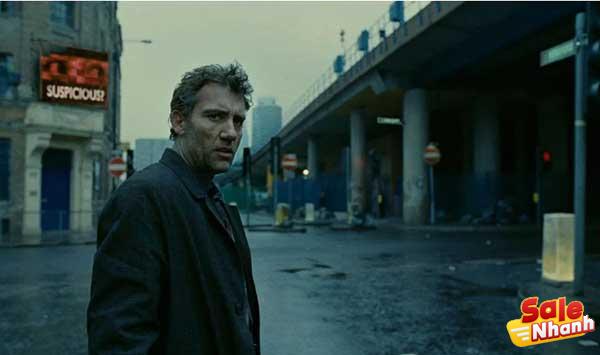 Children of Men is based on the terrifying shadows of human life. There’s the potential to turn this movie into an arena of heroism.

Fortunately, that didn’t happen. The main character in the film, Theo, is portrayed very humanely. At the beginning of the film, he witnessed the cafe he had just visited being blown up by a bomb. He lowered his head, stunned, and expressed fear in his heart.

Clive Owen looks convincing as Theo Faron. He lived up to all expectations. The actor can present the image of Theo as a scared human.

He can also be a character who gives a message that there is still hope for humanity. All of his heroic actions make sense, like most people probably do.

Children of Men is a dark and depressing thriller. Throughout the 109 minutes of this film there are various gruesome shades of astigmatism.

Astigmatism also seems to coincide with today’s reality. The end of this film is also open, inviting the audience to have their own assumptions. Do you like disorder-themed movies? Put your favorite movie name in the comment column, come on!