Receiving multiple award nominations, including a Golden Globe Award and a 71st Primetime Emmy Award, this Bodyguard series has truly captured the public’s attention. Not only the actors deserve credit, the story is well put together so it’s fun to watch even though it smells political.

Bodyguard series has a total of 6 episodes that tells the story of Police Sergeant David Budd (Richard Madden), who works as the first Security Officer for the Secretary of the Interior named Julia Montague (Keeley Hawes). ). David must really take care of Julia considering her political ability to invite enemies. A veteran of the war in Afghanistan, David Budd (Richard Madden) is currently a police sergeant and is traveling with his two children to London by train, but the threat of terrorists causes David to intervene to neutralize it. become the killer and succeed.

This gets him promoted to First Guard for the super-ambitious Home Secretary Julia Montague (Keeley Hawes), who has many opponents due to her overblown plans to renew the RIPA (Powers Act). Census 2000).

The RIPA itself is an Act of Parliament of the United Kingdom, which regulates the powers of public authorities in surveillance and investigation, and includes eavesdropping on communications. This is completely contrary to David’s ideals. On the other hand, he has to make his relationship with his wife better.

A terrorist attack that occurred in South London, leading up to David’s school for children precisely, was most likely an act of revenge for the previous terrorist bombing that David had prevented. Fortunately, not many lives were lost, only the officers. This was later closed on a large scale.

Upon returning to the cabinet meeting, Julia’s entourage was bombarded by bullets. Julia’s driver is killed and David tries to calm Julia and chase the culprit who turns out to be David’s friend who doesn’t like Julia, before being caught, the perpetrator commits suicide. Julia was safe at the hotel, and as soon as David approached her, they slept together.

Julia and David’s relationship became even closer. Many times they slept together and made Julia even more dependent on David. British police investigate the shooting & find out the identity of the mysterious perpetrator. David, who was caught on CCTV along with the perpetrator, was re-interrogated.

Julia had to attend an event and speak at the St. Matthews on the security bill, there are many supporters and opponents. Right after the event started and Julia gave a speech, David and his team noticed something suspicious. Sure enough, a bomb exploded inside the auditorium. Many people were injured and killed.

London Metropolitan Police set up a security crisis; The decision was triggered by the bombing that targeted Julia as the victim. This bombing case caused David to actually be watched by many parties, not to mention the fact that the Security Service suspected David, who was said to have known the perpetrator of the previous shooting. 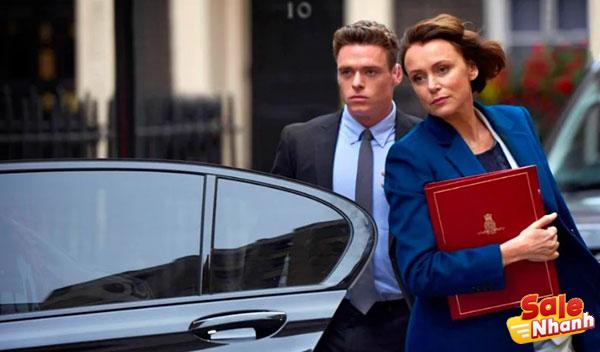 Julia Montague is presumed dead and this makes David angry, sad, and tries to commit suicide but fails. Throughout the night, the terror of fake bombs was everywhere, causing London to cringe. The bomber, Nadya (Anjli Mohindra) is asked to help investigate the bombing in St. Matthews.

The results of the investigation determined that the bomb was not in the suitcase carried by Julia’s PR adviser, Tahir Mahmood (Shubham Saraf), as previously suspected. The bomb was mounted under the platform. Unfortunately, the Counter Terrorism Command (SO15) even suspected David of being the bomb maker.

That’s because the police knew the identity of the shooter, whose former colleague Julia was David’s. Meanwhile, the identity of the man who personally met Julia, Longcross (Michael Shaeffer), is revealed and the police are on the hunt for him. The clues become clearer when David finds a tablet full of Julia’s secrets.

A leader of a criminal organization, Luke Aikens (Matt Stokoe) kidnaps David and sets up a suicide bomber. David asks for help, but the police feel that they have been deceived by David and are reluctant to help him. Fortunately the negotiations were successful and David survived. He eventually runs away to find Aikens’ whereabouts.

David eventually learns that it was Police Inspector Craddock (Pippa Haywood) who, along with Aikens, plotted to kill Julia. They are caught following Nadia, who turns out to be the bomb supplier during the London terror attacks. After the perpetrator was caught, David was finally able to enjoy time with his family.

Focusing on the main character in this movie, which is David Budd, he’s a strong character. He sacrificed everything including his own life for justice; especially when Julia Montague died, apart from the love affair with Julia, David really with or without the help of the police brought the case to an end.

Richard Madden, who is credited with playing the role of David Budd, has also had great success exploring the role of David. Although during the filming of the TV series Bodyguard, he felt physically and mentally exhausted, Richard still worked well. As a result, he has won 3 awards in different events and received many nominations. 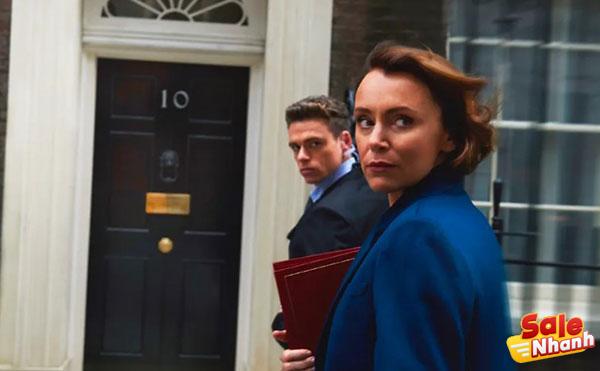 Although there are only 6 episodes, the plot in this series is very well packed; by pointing out the problem of dirty police that often occurs in large countries. The audience will not think much that it is the Police Inspector who is the perpetrator of the murders of Julia Montague.

In addition, the episode at the end of the episode also shocked the audience when Nadia, who is suspected of being a victim of a bomb and weak, is really the culprit! It was Nadia who made the bomb and provided the weapon to make the London Government feel sorry for the terrorist incident.

The screenwriter and producer of this film, Jed Mercurio and the director, Thomas Vincent & John Strickland, deserve to agree! Because they were able to make the right plots of land, not suspended and forced to complete in a hurry. So that the audience can follow the story well.

It’s okay. The viewers who are fans of this drama will certainly be eager to wait for the next story. Hopefully Jed Mercurio has another surprising story to make at the core of the next movie! Read on to give this movie 3.9 / 5 points for Bodyguard; For those of you who haven’t seen it, check it out!