Although located in the expanded DC Universe, viewers can still fully enjoy a full cinematic work without having to watch any previous movies. From the very first minutes, Harley Quinn, acting as the narrator, has reviewed most of the important details that viewers are forced to grasp before the main events happen.

DC’s crazy but dangerous criminal, and the girlfriend who loves Joker. Harley Quinn has brought viewers a grand party with her rooftop dance performances. The film is completely worth the wait of the fans after Joker (2019) .

The origin of Birds of Prey is about the breakup of Harley and Joker. However, the “clown” only appeared like the wind through the lines and visualization of Harley Quinn. This is the filmmaker’s intention to dedicate all acting space to the clown Harley and the beauties. A refreshing way to get rid of the inherent boredom, also the secret to helping Harley get rid of the Joker’s shadow. Find out more about the Birds of Prey movie with Salenhanh through the review below 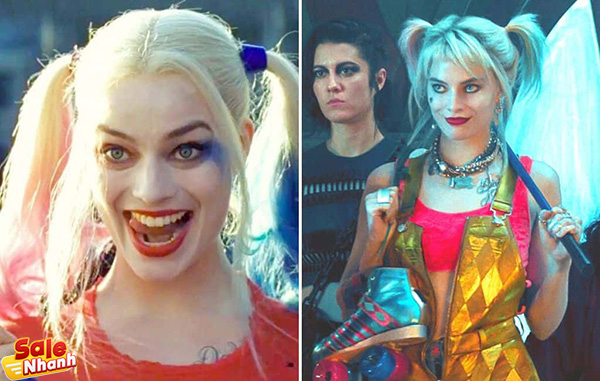 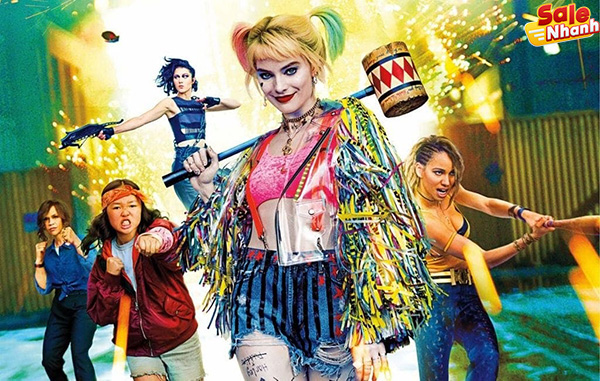 The film hits very hard on the “up and down the dog” of Harley Quinn.

Harley Quinn has always been known as the mistress of the Joker’s crime prince. It was also a sure protection that no one dared to touch her.

No individual or organization, not even the government in Gotham, dares to touch a single hair of the “mui”. But as our grandparents said, everyone’s life is not when they “get up and down the dog”. Harley Quinn really won’t have a dog to go down, when more than half of Gotham, from the one who got his teeth broken, the one “cut off **”, to the unlucky young man whose face was tattooed by her, is wanted. looking for her because of the feuds from years ago, after learning that she broke up with the Joker.

Things started to become more interesting when the little girl who specialized in theft Cassandra Cain accidentally “hidden” the diamond that carried the password to the most outstanding fortune in Gotham, but unfortunately was caught by the police. That’s when she came up with a brilliant idea beyond the universe: swallow the stone. Now, all the characters are caught up in the chaos, and anyone who wants the $500,000 Black Mask bounty will have to bring Cassandra Cain back to him.

In turn, each character will be introduced by Harley Quinn, all of them intersect at a common point, and work together to escape the siege of the boss in Gotham City: Roman Sionis – Black Mask.

Reviews on Birds of Prey 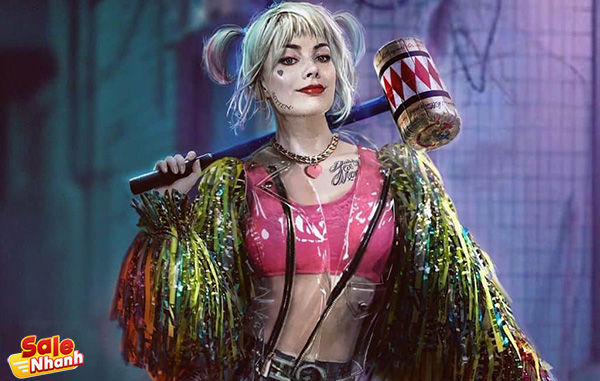 “My movie, I want to tell it how I tell it,” a brief reminder that perfectly describes Harley’s extravagant and spontaneous nature. But it also informs viewers about Harley’s secret to telling stories according to the mood. So it is necessary that the timelines in the film be rewinded many times in order for Harley to “review history”, besides that the film does not develop into rambling, lengthy and confusing.

The details in the film are closely linked, helping viewers to fully understand the origins of the characters appearing in the film, without wondering who it is, who has any resentment towards Harley.

Throughout the film, the audience always had to fight with her to get rid of the overwhelming deadlocks. Although Harley Quinn is always smiling, I think she made the viewers go crazy for her :v

Besides, the fact that every member of Birds of Prey is female, it is not too difficult for viewers to recognize the film’s feminist theme. But this sensitive topic is not woven into a reluctant, dogmatic and menacing method like Captain Marvel, but rather spontaneously and gracefully raised. 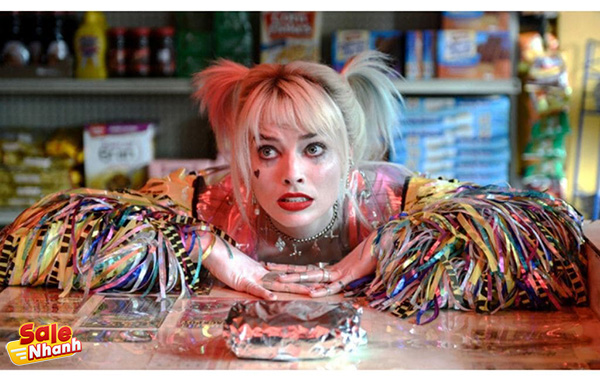 Margot Robbie’s excellence in this Birds of Prey Review cannot be ignored.

Having said that, the reason that the other characters in the film lackluster and do not leave a diverse impression on the audience, is because Margot Robbie’s Harley Quinn was so excellent. Harley Quinn’s humorous charm and strong style are a big highlight of Birds of Prey, keeping viewers completely hooked. Humorous lines with a charming method, optimal character transformation and powerful action sequences are everything fans want to see from Harley Quinn.

Three years of investing in developing the script with the director and writer to get the direction of the intelligent character Harley Quinn. Even with dangerous action scenes, like the scene of roller skating chasing a car, viewers can easily recognize that Margot Robbie is the one acting, not using a stunt. Perhaps after Birds of Prey, the image of Margot Robbie’s Harley Quinn will be bold in the audience, like Heath Ledger’s Joker did. 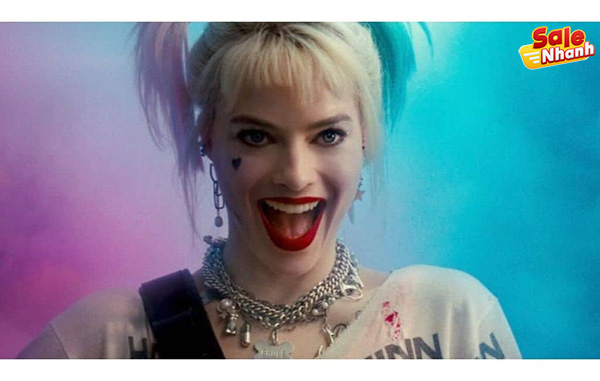 If Marvel owns a Deadpool brand that is labeled R-Rated, now, DC strongly declares that they also have a Harley Quinn that is not inferior. It will be difficult for anyone who wants to build a character like Harley.

It was Harley who declared that if anyone wanted to be like her, they would have to go to medical school, get a doctorate, go to an insane asylum, fall in love with their neurotic patient, and then jump in the chemist. quality, plus five times seven times in and out like going to the market, you can get to the level of this female monster. 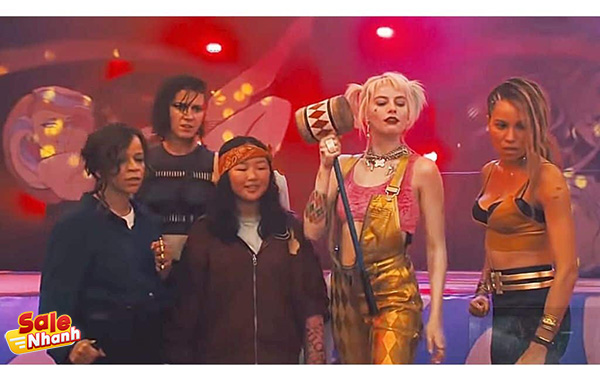 Female actors in Birds of prey

Besides Robbie, the clown’s sisters also surprised viewers when they weren’t flattered by the halo of Harley Quinn, Cassandra Cain, Huntress, Black Canary or detective Renee Montoya, all left enough impressions. images in brief scenes of themselves.

The entertaining details of each character manifest during their battle. Most make a strange picture, different from the previous extremely heroic movies. The film’s villain is invested and polished in the large length of the film despite the ending of Black Mask as a slap on the viewer.

The big sisters Mary Elizabeth Winstead, Jurnee Smollett, Ewan although the screen time is less. But the acting talent and experience are totally worth enjoying. 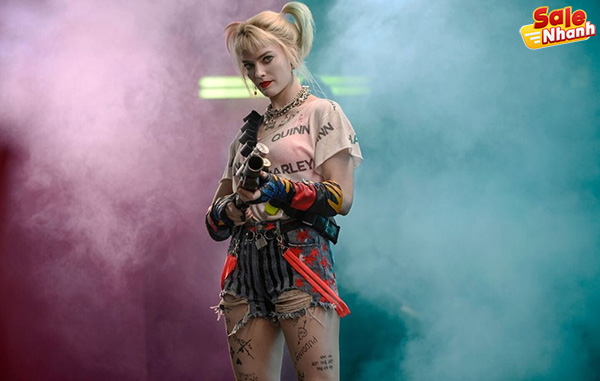 Action “like distilled water”: Throughout the film, the audience is maintained attracted by beautiful and fiery action scenes, occurring relatively continuously. Directed and extremely well-executed. Although the film does not use many effects like Aquaman, Wonder Woman or Shazam, the film still has really impressive action scenes that make me connect to John Wick as soon as I watch it. Like the scene where Black Canary dealt with two thugs who saved Harley Quinn, or Harley Quinn caused chaos in the police station with a glitter gun, and the combat phase to deal with all Black Mask’s juniors in the clown house, … really super eye-catching and beautiful eye.

Effects: Like many other DC movies, Birds of Prey: The glorious makeover of Harley Quinn is carefully invested in both sound and image. These are two factors that play an important role in contributing to the success of the film.

The footage is extremely sharp, with smooth processing effects from high-speed chase scenes to impressive slow-motion scenes. Combined with the music that is invested with super popular enthusiasm, both new and old songs are integrated with “the right person, at the right time”, making viewers super excited and excited. The effects part deserves 8 points in this bird of prey movie review.

Great music: Another significant attraction of the film comes from the sound and the picture. Birds of Prey 2020 is probably an extremely heroic movie that makes the best use of music to draw viewers into the scene, most of the songs used in the film are performed by female vocals, and at times the “Diamond, Boss Bitch” is played, I can feel the excitement in every fiber of my body.

The color and shape of the film is also a completely new path compared to similar works. This is my personal favorite part of this Birds Of Prey Review. 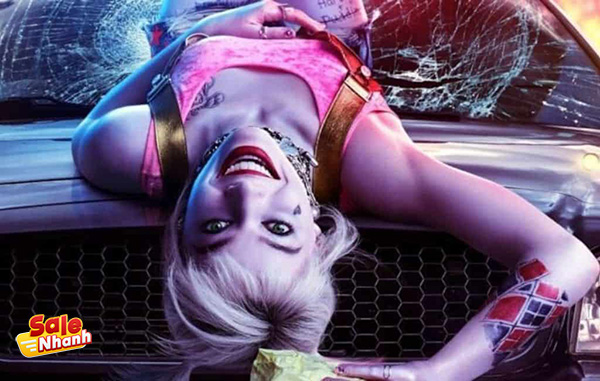 In Birds Of Prey, one can see the bustle and absurdity of Harley Quinn, not too serious and dark like the Batman or Superman of the early DCEU. This also makes the film more attractive to viewers.

Hopefully this success will help Harley Quinn return to the big screen soon in the future.

Above is the  Review Birds of Prey  (The Fantabulous Emancipation of One Harley Quinn) in the  Movie  Review section of Review Salenhanh. Thank you for your visit! Enjoy the movie Birds of Prey happily!