Bloodshot bears a large responsibility when this is the opening film for the Valiant cinematic universe. This can be considered a movie that paved the way for a series of other superheroes to appear such as Armstrong, Ninjak, Harbinger, XO Manowar. The reason the film was chosen as the opening character for this universe is because this is one of the most famous superheroes of Valiant Comics.

As the opening film for a new superhero universe from Valiant Comics. Bloodshot has brought the audience eye-catching action scenes, quality visual effects. 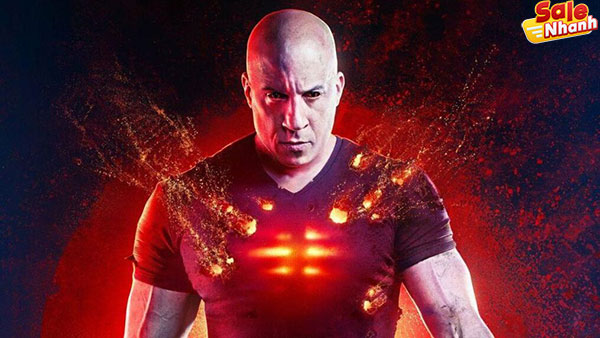 The action blockbuster Bloodshot with the participation of star Vin Diesel was officially released from March 13, 2020. This is one of the best Vin Diesel movies. Salenhanh movie review will go to Bloodshot movie review right here!

More fortunate than his wife, Ray was included in the pilot program of the private corporation RST. This is an organization that specializes in creating warriors from the restoration of wounded soldiers. After being implanted with a chip in his body, Ray has the ability to recover instantly with unparalleled strength.

That’s also when Bloodshot was born and the journey of revenge for his wife began. However, he gradually uncovers the terrible mystery of the RST business, as well as the reason for his memory disorder.

The length of the movie is divided into two halves. The first half is slow and slow, easy to make the audience sitting in the theater feel bored. However, the latter part exploded, the story progression was accelerated with quite “eye-catching” action scenes. Although the first half is a bit cumbersome, in fact, this is a wise choice because Bloodshot is the beginning of a big, long-term plan of Sony. This somewhat “wasteful” beginning gives viewers time to understand Ray Garrison (Vin Diesel) as well as his past before being immersed in the film’s fast-paced and action-packed storyline. 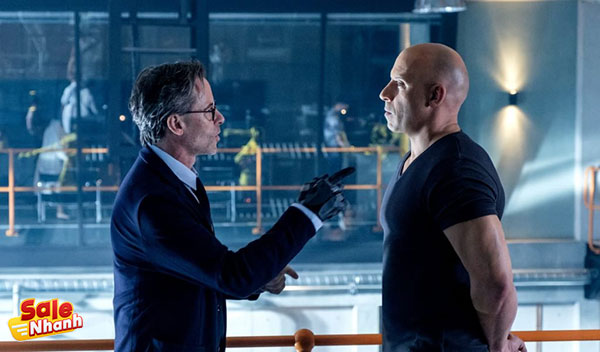 Evaluation of the plot of Bloodshot, according to Review Salenhanh, it is relatively new, intelligently applying science to create superheroes. I also bring a little surprise about the details of the movie’s content, besides just being a little observant, in the middle of the movie you can understand all the plans of the characters.

The audience does not appreciate Bloodshot very much, perhaps because of the superhero shadow of the “Marvel giant” with End Game or Infinity War. They expected something bolder, more sensational, more satisfying in Bloodshot.

The best part of Bloodshot is the sound and visuals. Right from the first seconds, viewers were forced to be overwhelmed by the impressive footage of both image composition, beautiful colors and lighting. Right after that, there are continuous impressive action scenes that are fast, strong, but extremely sharp and very smooth.

Combined with the action scenes is the supporting sound in each scene, making the viewer shudder and feel pain instead of the person being “beaten”.

When it comes to images in movies, the natural landscape will be the most impressive item. From the very first minute, Italy’s coast was portrayed as real and majestic as ever. Taking advantage of the camera angles to capture the beauty of sunlight really paints a picture that is very vivid, warm, but equally melancholy. The above setting is really perfect for Ray and Gina’s love story. At times, viewers seem to not notice that this is an action movie because of the shimmer that the movie scenes bring together.

Many opinions of the audience after watching the film said that the effects and images completely covered some shortcomings in the film’s content.

Bloodshot used a completely different tone for the fight scenes. Although it can’t make lightning, can’t fly, and has no shields, hammers, or good armor, that can’t stop Bloodshot at all. This is the part that I personally feel the best when doing a Bloodshot movie review.

The sound of the movie is also not very prominent, but overall it is still good. Especially the combination of the dance on Psycho Killer music at the beginning of the film makes viewers quite interested and impressed with the villain of the film.

Ray Garrion assigned to Vin Diesel was the exact choice of the director. Vin does not need to try to transform into the character, because just standing there can portray the terrible power of Bloodshot. The strong and decisive action sequences, along with the cool face completely make fans of action movies go crazy. Not only that, the scenes that require showing the acting skills and expressing the character’s inner self are shown extremely well by Vin. 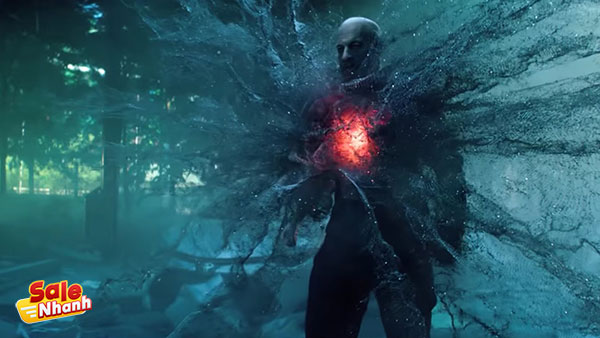 Besides, Eiza Gonzalez is really pretty without a dead angle. She has a transformation into the character KT that impresses the audience. The character KT played by Eiza González is also highly appreciated, with experience in participating in many action film projects, Eiza Gonzalez has shown an extremely suitable aura for this role.

In short, the movie Bloodshot, while producing a plot that did not have enough depth and attractiveness, was saved by the quality sound, beautiful effects and fiery action sequences of action star Vin Diesel. If you are looking for an action movie to watch then Bloodshot is a good choice.

This is the movie that opens the Valiant universe just like Iron Man opens Marvel. However, if Sony wants to rise to the level of Marvel, it will probably have to work very hard. Thank you for visiting the Bloodshot movie review at Movie Review. Hope you enjoy the movie!