Like doctors, lawyers are often considered a prestigious profession. Especially if we look at people who have been successful. Their lifestyle and clothing often create curiosity and a certain charisma.

That is also the reason why movies about lawyers often appear quite a lot in movies, here are the best lawyer-themed movies for you. 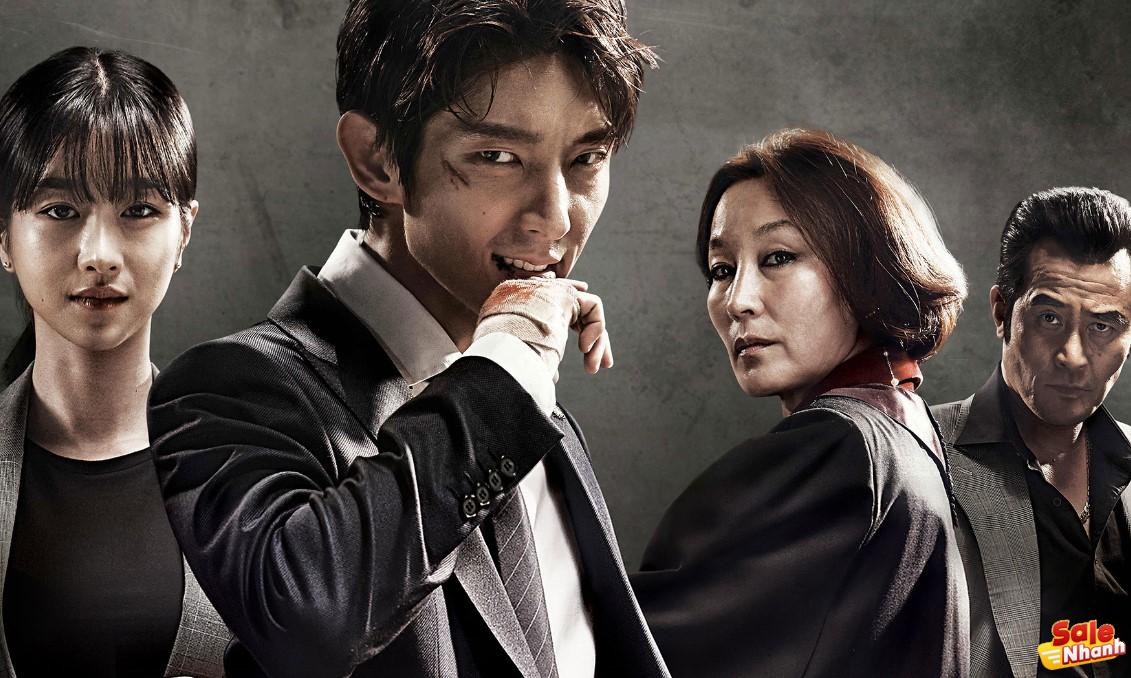 Based on the novel by Michael Connelly, Lawyer Lincoln tells the story of Mickey Haller, a young lawyer with a pompous appearance. He is asked to become a lawyer for a rich kid named Louis Roulet, who is accused of brutally assaulting a prostitute.

Matthew McConaughey’s portrayal of Mick Haller is absolutely fantastic. Although the theme is about lawyers, the dialogue and terms used in this movie are very simple. So ordinary people can also listen to this movie easily.

Erin Brockovich is a single mother with three children from two marriages that both ended in divorce. He entered a law firm to become an administrator but got involved in solving a professional case involving a land dispute that actually led to an environmental pollution case.

Erin has no knowledge of the law, but she is very ambitious when it comes to participating in a case. Erin Brockovich’s film is a biopic adapted from a true story.

The original character even said that his biopic’s accuracy rate is up to 98%. Besides being able to see how a lawyer digs into a case, this movie also delivers a lot of positive messages.

Andrew Beckett is an attorney at a large law firm in Philadelphia with a gay friend, Miguel Alvarez. He was forcibly deported because he was HIV positive. He plans to sue the firm by enlisting the help of Joe Miller, a well-known lawyer.

Joe, who was initially reluctant, was later moved because he felt that everyone deserves to be treated the same. Philadelphia was released in the early 90s when HIV was on the rise.

This film opens up everyone’s vision of the legal profession and equality in the realization of basic human rights. No wonder this movie has won many awards.

Jan Schlichtmann works at a small law firm in Woburn, Massachusetts. She was asked by Anne Anderson to sue against environmental pollution. Although he refused, he eventually accepted the lawsuit and it turned out to be related to two large companies.

Water pollution due to negligence caused the death of many children. Jan, who was seen as a threat to the reputation of the companies, was attracted by the money to quit.

Jan insists they should apologize and compensate the community affected by environmental pollution. Jan’s determination did not always bear fruit, he was even declared bankrupt.

A Civil Action stars John Travolta, Robert Duvall, and James Gandolfini. Inspired by books that take stories from true events in the 80s, this film meets the audience’s expectations with an interesting and unique story. How many films deal with legal and environmental issues at the same time? Too bad it was missed.

Tom Cruise returns to play a Marine, only in this film does he become a Harvard-trained law officer. Play as Lieutenant Daniel Kaffee, who works closely with Lieutenant Joanne Galloway to uncover a murder case in the Marines.

Although he underestimated the case, Kaffee eventually became interested because he found a strange thing that led them to an important name, Colonel Nathan R. Jessup.

This film focuses on the military court process that is rarely brought to the big screen. It is interesting that Kafee and Galloway prepare for such a detailed trial. Military courts are certainly different from civil courts. It’s a pity you haven’t seen this movie.

Rudy Baylor is a law school student in his final semester. He was asked to provide legal advice to elderly people, who later became his clients. Their child with leukemia was denied medical expenses by the insurance company.

Rudy sees the matter as fraud by big companies against small people who don’t understand the law. Unfortunately to handle this case he had to deal with one of the most famous lawyers in America, who was appointed by the insurance company he was suing.

The Rainmaker is adapted from the book of the same name by John Grisham. The author herself used to practice as a lawyer before choosing to give up her career to become a writer.

This book, which was later made into a movie, was a way to challenge injustice in the current legal system. Can large firms with well-known lawyers be beaten by small firms with inexperienced lawyers? Check out the story in this movie.

A trusted lawyer named Martin Vail intervenes to handle the murder case of a priest. The party accused of being the killer is his altar boy, Aaron Stampler.

Various pieces of evidence seem to lead to the conclusion that Aaron is indeed the killer, but Vail never gives up and continues to look for other evidence to win the case (he has never lost in court). Upon further investigation, it turns out that Aaron has multiple personalities.

Primal Fear stars Richard Gere and Edward Norton. The latter received an award for his performance in this incredible film. What attracts the most attention of this film is how the dialogue between the lawyer and the suspect feels so real. Will Martin Vail lose this time? Find the answer in this movie.

Hank Palmer, a lawyer, is in personal trouble and has to return to his hometown because of his mother’s death. He met his father, who did not have a good relationship with him and also his two younger brothers.

Going back to the place where he grew up really brings him to a new problem, that of his father, one of the most respected judges, suspected of having committed premeditated murder.

Instead of appointing his son as a lawyer, he appointed someone else. The attorney’s incompetence eventually led Hank to be appointed his father’s attorney and research the case.

The Judge is an interesting movie, not only from a legal perspective but also from an emotional perspective as it provides a large part of family matters. Its main strength lies in the good dialogue and acting of the players. This movie combines legal issues with family issues in one story, quite interesting isn’t it?

Max Cady is a convict who has just served 14 years in prison. Once he’s out, one thing he aims to do is get revenge on his lawyer named Sam Bowden.

Sam was unable to exonerate her from the sentence handed down for her violence against women. To keep the family away from Cady, Sam must do something illegal.

Cape Fear is a remake of the 1962 film of the same name. The film was directed by Martin Scorsese and uses De Niro as the lead actor. De Niro’s ability to explore the role of a psychologist deserves to be appreciated.

A lawyer needs to be skilled with words. Not to manipulate, but to make the listener’s way of thinking lead to a certain point of view. Or in derogatory terms it is lying. That’s what the 1997 film Liar Liar tried to convey.

Fletcher Reede, a brilliant lawyer who is very successful in the courtroom, must find that his personal life with his wife and children has been ruined. Feeling abandoned for his tongue-in-cheek behavior, he promised his son he would not lie one day.

The problem was that on that day he was asked to accompany his client in court. Can he win without lying? Watch the excitement in this movie, OK!

That is a suggestion if you want to learn about the legal profession through 10 movies about lawyers. In addition to lawyers, there are also detective movies that are equally attractive, you know!