Launching Big Hero 6 (Baymax 2022) as a standalone on Disney+ is a meaningful educational film and contains many interesting lessons for many different age groups. The Walt Disney Animation Studios cartoon is a spin-off to ‘Big Hero 6’ which was released in 2014.

Released as a mini-series with 6 very short episodes of only about 7-8 minutes. Creator Don Hall has been assisted by Dean Wellins, Lissa Treiman, Dan Abraham, Mark Kennedy to direct 6 episodes. With Salenhanh Movie review summarizes the interesting animated film’s content through the review below.

Focus on Baymax (Scott Adsit) after the movie ‘Big Hero 6’, still with Hiro Hamada (Ryan Potter) and Aunt Cass (Maya Rudolph). While walking around Baymax found some complaints from the public. 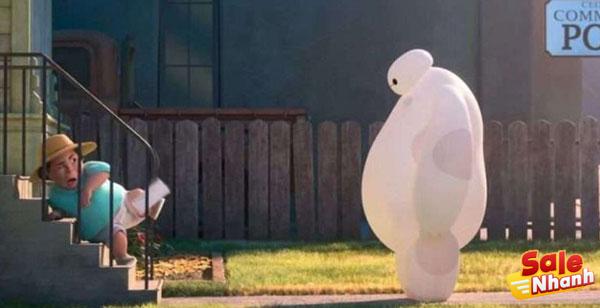 Various complaints are programmed in Baymax, asking people to recover until the problem disappears completely.

Each case is presented gently

Right from the first complaint, Kiko (Emily Kuroda) accidentally sees Baymax with an ill-fitting body. From this first episode, we immediately remember the mission Baymax was created to take care of Hiro. 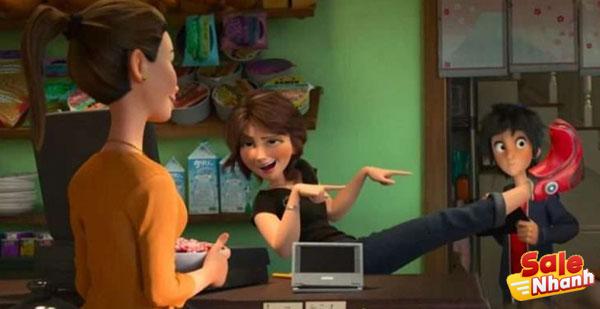 Here, Baymax’s mission becomes broader as he continues to explore the city without stopping and even meets a food truck vendor who is allergic to the ingredients he sells. Also at the school, he meets Sofia (Lilimar), who is going through her first period at the age of 12.

Not only on the outside, Baymax’s persistence starting at Aunt Cass’s house was demonstrated in episode 2. Aunt Cass was injured, leaving Baymax ready to work to replace a relatively new assignment for him. Everything is done so that the support it provides is maximum. 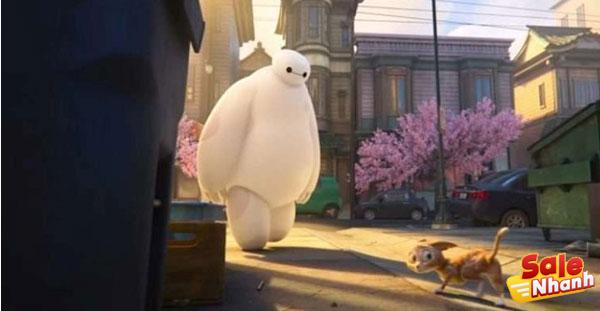 Like a traveling nurse, Baymax handles all complaints from mild to severe. Complaints from the words “ouch, auu, etc.” Is the password for Baymax to help that person.

Starting from the password, not only Baymax, we as the audience are also provided with knowledge about what if a similar situation happens to us. Even if it’s just the basics with a little light comedy, it’s a lot more interesting.

Baymax doesn’t just help people, even cats who never know how to talk get help. A rather unexpected complaint, this time Baymax was overwhelmed by chasing a stray cat on the street to be rescued.

There may not be any significant upgrades from the Baymax 3D animation from the previous film. However, the image of the city of San Fransokyo is more prominent, the combination of San Fransisko and Tokyo is portrayed very nicely. The layout of the city map, always visible at the beginning of the game, reminds us of the shape of an American city structure, but wrapped in Japanese culture complete with its attributes. .

The easter eggs and different details presented in each episode do not make this series boring. When it comes to maps, this comes in handy when the final episode of Baymax’s search is running low on energy.

Then there are some patients that Baymax always helps keep the climax at the end of the episode a secret. Come to think of it, who would want to unite to help a robot lost in a very large city. One simple episode, however, makes Baymax’s quest sequence meaningful until the end of the episode.

Ethical message to help others

Whenever Baymax helps people in a holistic way, it speaks to Baymax’s sometimes silly and naive kindness from some of the things he’s learned from helping. By helping others, we ourselves will also receive new rewarding things. 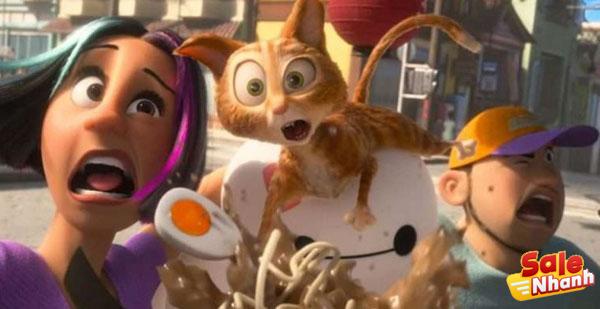 Arranged into 6 episodes, by the end of the episode, everything as the conclusion of Baymax helped a total of 5 people. Wrapped in a bit of suspense as Baymax’s battery dies in a building about to explode.

Everyone help Baymax automatically find Baymax not to come home to charge. Lifesaving actions team up to get Baymax outside the building, bringing the action genre back to life in this spin-off series.

Conclusion of the movie Big Hero 6

Carousel animation presents multiple messages and learning science. The very gentle launch of Baymax in dealing with various complaints in the city of San Fransokyo. Baymax persisted in dealing with complaints one by one, even ignoring his own care.

Although sometimes things that are quite light get messed up because Baymax is determined to help patients. Various details that you may not know, stringing together the whole plot can end in just 1 episode.

However, it was a good decision by Disney to separate all issues, even Baymax’s own problems, in the end. In addition to the standalone anthology in each episode, this prevents the boredom of Baymax’s mission of just helping people.