Bayi Ajaib (2023) is a highly anticipated movie. Produced by Falcon Pictures, this remake of the classic horror film of the same name by Tindra Rengat is indeed very attractive.

The latest version has the visual quality, effects, and plot feel more coherent than the 1982 version. Unfortunately, there are some iconic scenes and characters that seem to have been intentionally left out. and this is very unfortunate.

Then how did the feud between Dorman and Kosim begin and then Didi turned into a demon with the head of his grandfather? For those curious about the movie Magical Child (2023), you can just read the synopsis and brief review of the movie on Salenhanh.com.

Set in the 90s, in the village of Huripbagja two young men are trying to get rich in various ways.

When Kosim (Vino G. Bastian) stumbles upon gold in the river, his life changes completely. He immediately married the girl of his dreams named Laras (Sarah Fajira) and began a prosperous life.

Meanwhile, Dorman, who is desperate for poverty, decides to seek immediate wealth. This man ventured into the woods to find the sacred tomb of a Portuguese colonist named Albert Dominique.

In this village, it was Dorman who was able to awaken the spirit of Albert Dominique, because this man was an indirect descendant of the colonists. But to get rich, Dorman must give his grandfather life.

When he learned that Kosim’s wife was pregnant, Dorman kidnapped her and took her to see her grandfather. Various strange things often come to the Kosim family. 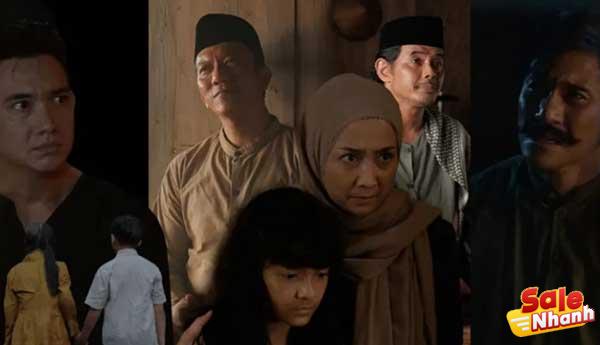 After Sumi was found by the people, Kosim was surprised to see his wife’s uterus suddenly move onto his back. Even after his son was born, Kosim seemed to turn a blind eye to the strange things happening around him.

Seven years have passed, and now Kosim is busy running for village chief. He purposely organizes a large circumcision ceremony for his son Didi, but many strange things happen and this worries Kosim.

People began to believe that Didi was possessed by an evil spirit. The reason is, people who have been in contact with their families are always found horribly dead.

A friend of his son even said that Didi turned into a devil with the head of an old man. This made Mr. Kosim worried, fearing that the people would not elect him to be the head of the village.

Elsewhere, Dorman is upset that the incumbent village chief, Pak Soleh (Teuku Rifnu Wikana) has closed his pesugih place. He offered to cooperate with Kosim, but the man refused.

This angered Dorman. He sent witches to Pak Soleh’s family but was thwarted by a ustadz. He also sent Didi to kill Pak Soleh, but Rini (Anantya Rezky) prevented this action.

Didi’s affection for his best friend led the child to defy Albert Dominique and refuse to kill Pak Soleh. However, Didi grows more and more out of control, culminating in when he chases people who realize he is possessed by Albert Dominique.

How will Kosim and Sumi save their child. Is Didi really not going to escape Albert Dominique?

Maintain the classic face, but sophisticated visuals and effects

Keeping the classic impression, Rako Prijanto’s version of Miracle Baby (2023) has the same feel as the original Tindra Rengat.

The difference is, the latest version clearly has promising visual quality and CGI effects. Starting from the sepia gradation or the natural color of the lanterns and torches being slightly yellow, this makes the film feel even older. 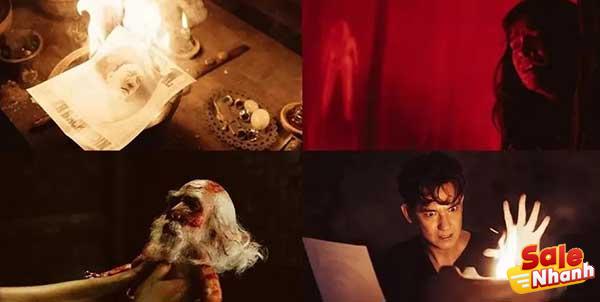 There are many stunning images, such as when Kosim walks through the wasteland to find his son. The image has a very eerie feel and the addition of natural light from the torch gives it a lot of implied meaning.

I enjoyed the rather neat cinematography, although there were scenes that wanted to depict a falling scene with a blurry image.

As for the CGI effect, the appearance of baby Didi with Albert Dominique’s head looks a bit smoother. But I also don’t want to lie, if the effect is not so good because it can still be seen that the baby’s head is designed and not the real one.

The same thing happened with the scene where Didi flew up to crawl across the ceiling of her room. The computer effect is not yet subtle.

Remake, some iconic scenes are missing

This is really necessary, because the initial plot feels cumbersome. Honestly, I appreciate their efforts to keep the plot moving in the same direction.

The addition of new storylines, such as the presence of the Pak Soleh family, makes the premise of the story even stronger. However, there is an important note that I want to convey, which is that some iconic scenes were missing from The Magic Baby (2023). 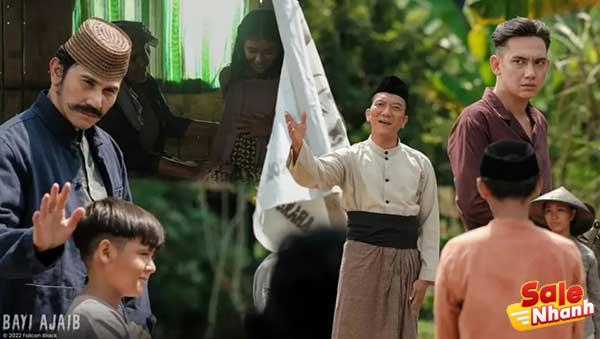 First, there is no scene of Dorman entering Albert Dominique’s grave. Although this scene is crucial to Dorman’s character development.

Then another iconic scene when the figure of a tourist warning Kosim about Didi also disappears. It turns out that this number was replaced by an orderly circumcised person who eventually died in the same way.

Then the difference stands out from the character of Kosim. As far as I remember, in the 1982 version, Kosim still worshiped in the mosque and was not so cruel.

Another missing scene is when Dorman destroys Albert Dominique’s grave. As far as I remember, there were three people competing to be the village chief: Pak Soleh, Kosim and Dorman.

But in this movie, Dorman only focuses on becoming a shaman and finding a way to destroy Pak Soleh. Suffice to say, 50 percent of the plot has been overhauled.

The plot is very slow making the movie quite boring

The plot of Miracle Baby (2023), Rako Prijanto’s version, is actually more coherent and contains a lot of new material. At first, I was excited, but after a while, the plot became really boring.

Maybe because I watched the original, it automatically compared the segments with each other.

I think Rajo Prijanto is too focused on providing development for all of his characters. Starting from portraying Kosim as a cruel and liar, Dorman as a cunning and petty magician to the image of Pak Soleh and his family.

As a result, the plot runs very long and slow. I fell asleep in the middle of a running movie. 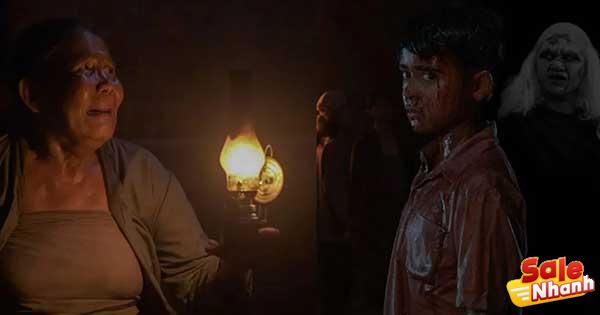 At least the actors tried their best, although I personally feel that Vino G. Bastian and Adipati Dolken are a bit “less separate”. Furthermore, there is an inconsistency in the characters’ makeup.

I finally realized why Rako Prijanto and storyteller Alim Sudio risked changing so many things from Tindra Rengat’s The Magic Baby (1992).

Turns out they’ll be making the next Wonder Baby movie, whether it’s a trilogy or not. This is believed to be from the film’s attribution appearing at the end or before the end.

In that short scene, Sumi is giving birth to their second child. After the baby was born, Sumi screamed in fear in the room. The dukun beranak then came out with its neck bitten and bleeding profusely.

From there appeared the silhouette of a white female demon with pointed ears and hideous black teeth. The demon holds Kosim’s child in his arms and says that Kosim has to pay the unpaid debt.

The demon says that Kosim should give up the second child or give Didi to her. There was something odd about Kosim’s number from the start, especially since Albert Dominique had promised Kosim the same when Didi was ruqyah.

Magical Baby (2023) isn’t exactly a scary thriller. This movie rarely has scares and focuses only on the cast.

Overall, this movie is really worth watching, even though it’s nothing memorable. After watching the post credits at the end, are you excited for The Magic Baby 2? Reply via comments column, yes!