Hearing the name Mike Banning, we will immediately think of the agent in the Fallen series including Olympus Has Fallen, London Has Fallen and finally Angel Has Fallen. His heroic fight in saving the President from dangerous threats will astound us.

After his struggle to save the President of the United States in his own country and then in England in the second film, he comes to another third. This time, he is no longer in charge of saving the president, but himself being framed. What trap did he fall into and what was his attempt to fight back? Let’s discuss more.

Mike Banning feels that he is getting old and it is difficult to complete his duties. It’s not that he doesn’t want to serve his country anymore, it’s that his personal problems are getting worse, which is exacerbated by his longing for his father. . In a difficult position, Mike Banning he began to think about retiring.

The President of the United States, Allan Trumbull, has suggested that Mike’s name be the top secret service figure. At that time, Mike hid his condition that he often suffered from migraine attacks, back pain and insomnia, even had to take painkillers to continue working.

Trumbull goes fishing at Queen Lake in Williamsburg, Virginia with a team of bodyguards. A drone attacked until it killed the guards and left only Mike, who saved the President. Trumbull was taken to the hospital and replaced as President by his deputy, Martin Kirby.

The FBI immediately investigated the case of the Trumbull attack. Helen Thompson, one of the FBI agents, was provided with evidence that the mastermind of the attack was Mike. Evidence was in the form of a truck carrying a drone and the presence of a hairline that, upon investigation, turned out to be from Mike’s DNA. That got Mike arrested. 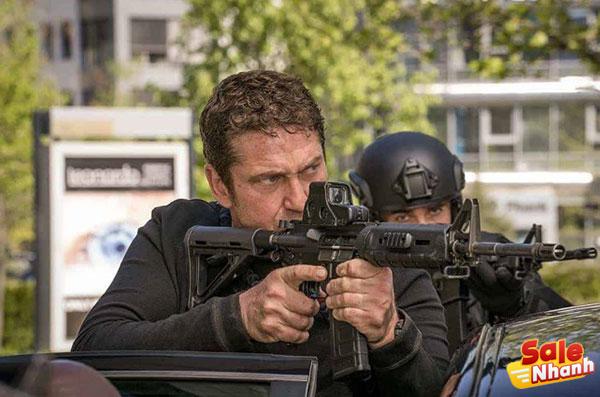 Mike will be moved to a more protected area. While on the way, his car was attacked by a group of people. Feeling trapped, he tries to escape and turns him into a fugitive. Mike, who was originally known as a hero, is now being hunted with fugitive status.

Mike phoned his wife, Leah, to say he was in danger. Thompson, who was able to track down the source of the call, went after Mike. After struggling in a car chase, Mike escaped by fleeing to his father’s chalet in the woods.

Kirby claimed to the press that Mike was behind the attack that endangered Trumbull. The hunt is further intensified. Meanwhile, his wife and children are also targets to lure Mike into hiding. Mike has lost the support of those at the top, but Trumbull still only believes in him.

Another picture of Mike Banning

In the Fallen series, Mike Banning always appears as a strong hero who does not give up even in difficult circumstances. Not only that, he is also a smart and responsible person at work. He’s always tried his best since holding the position of President of the United States taken by Benjamin Asher in the previous film.

In Angel Has Fallen, Mike begins to show a different side. Her aging condition and illness made her look fragile. Even in a difficult situation, he still appears confused as to how to deal with enemies that could harm him and his family. Moreover, he has to see a psychologist to solve his personal problems.

The appearance of the character, Clay Banning 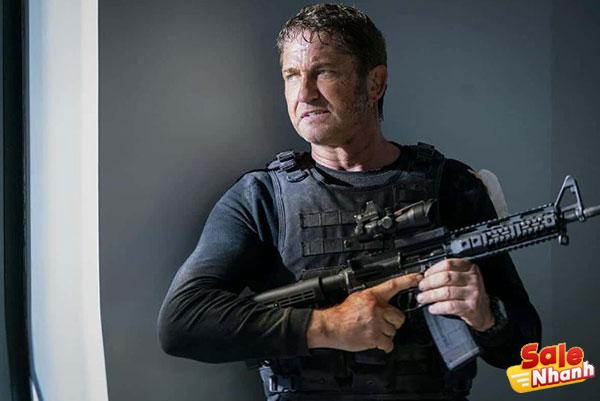 In the other Fallen series, Mike Banning’s real father is not revealed. Yes, he is Clay Banning, the last one to appear in Angel Has Fallen. She is Mike’s escape when he is pursued by the FBI and his trappers. The awkward relationship between father and son can be clearly seen.

There was a special reason why Clay had to live in a log cabin in the woods. He is an American veteran assigned to Vietnam who is hiding from the US government and has personal problems. As a veteran, he has a lot of ability and experience in the military world and he uses that to help his son.

The inclusion of Clay Banning played by Nick Nolte gave another twist to Angel Has Fallen. His ridiculous behavior can really relieve stress. Even the awkward relationship between a father and son that has not been seen for a long time can be made into a comedy.

Butler said that the third Fallen series will be darker and more depressing. He said he was greatly influenced by the movie Logan, which tells the other side of Wolverine. This is proven by revealing that Mike has personal problems and his abilities decrease much as he gets older.

This film also raises a message about the suffering caused by war. Mike’s father, Clay, hides in the woods out of boredom with his experiences on the battlefield and chooses to stay away from his family. It is known that director Waugh really wanted to convey the message of grief for soldiers returning from the war.

Undeniably, the Fallen series was a commercial success. Olympus Has Fallen is the first installment that immediately attracts attention with its heroic action sequences performed by Mike Banning. His success also continued in his second film, London Has Fallen. The success of the previous two films makes Angel Has Fallen highly anticipated.

Butler said that Angel Has Fallen is the final installment of the Fallen franchise. The image of Mike, supposedly aging, became the marker as well as the ending curtain for the Fallen series. Even so, this movie is filled with suspense almost from the start with fight scenes and gunfights.

Compared to Olympus Has Fallen and London Has Fallen about saving the US President, Angel Has Fallen presents a different story than Mike Banning’s trap. One of the advantages of this film is that for new audiences, they can immediately follow the story without having to watch the previous two films.

If you haven’t seen the two movies before, maybe this one will pique your interest to watch it. It’s hard not to love Mike Banning, especially if you’ve seen all three movies. What do you think makes Mike Banning’s character so interesting in this movie? Let me know in the comments column!