Ek Villain Returns (2022) is one of the most anticipated movies by Bollywood fans. The sequel to Ek Villain (2014) written and directed by Mohit Suri has indeed made the audience curious.

Moreover, the cast that is very popular like John Abraham, Arjun Kapoor, Disha Patani to Tara Sutaria further raises the audience’s expectations for this action-thriller.

After its release in July, Mohit Suri’s film received various criticisms. Still using the song “Galliyan” as the main soundtrack, this movie can’t seem to match the success of the first film.

Although the film is generally quite enjoyable to watch, there are still some points that make the film not comparable to Ek Villain (2014).

What do you think makes Ek Villain Returns (2022) inferior to Ek Villain (2014)? Instead of being curious, you can read movie synopsis and reviews yourself on Salenhanh.com.

Indian police are confused after a famous singer named Aarvi Malhotra (Tara Sutaria) is declared missing from his apartment. From the crime scene investigation and the video left by Aarvi, they know that Gautam Mehra (Arjun Kapoor) is the mastermind behind this attack.

The police immediately raided Gautam’s luxury apartment, but they were outwitted instead. The failure of DCP Aditya Rathore made his colleagues laugh, because ACP Ganesan felt his friend was too simple.

How could a serial killer who killed so many young women die at a crime scene? The profiler knew exactly that someone was playing the laughing killer and made Gautam his scapegoat.

At the same time, a man who had last contact with Aarvi was brought in for a medical check-up. That man is Bhairav ​​Singh Purohit (John Abraham), an online taxi driver and slightly quirky zookeeper. 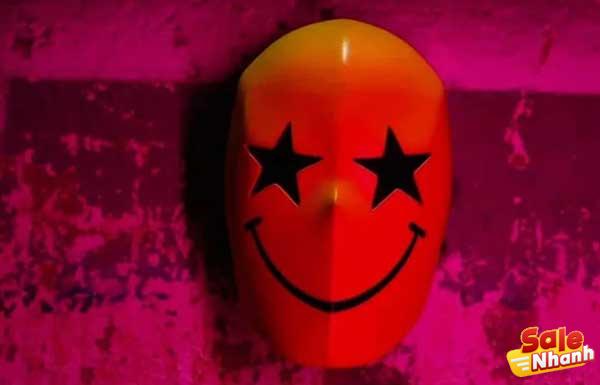 The man said he was innocent in Aarvi’s case, but he committed a crime that confused the police and eventually had to let him go. Exactly 6 months ago, Bhairav ​​happened to meet a beautiful saleswoman named Rasika Mehra (Disha Patani).

He considers this girl to be his last stop, that’s why Bhairav ​​is willing to do anything for Rasika. However, his love for Rasika ends in betrayal that leaves him very heartbroken and broken.

It turns out that Rasika was never in love with her, she was just looking for a man who could support and satisfy her, not only that, but the sweet and innocent Rasika became a cruel woman.

This woman, caused Bhairav ​​to have the intention to kill 18 other girls for being entangled in unrequited love. Bhairav ​​sees this action as proof that the “Hero” always wins in any battle. That he will control Rasika and get the love he deserves.

Rasika laughed at this, she drew a smiley with two stars next to it. This is also what makes Bhairav ​​aim for Aarvi, as that girl dumped Gautam.

Not only that, Bhairav ​​also made Gautam the scapegoat for all his crimes. During the first meeting between Bhairav ​​and Gautam on the train, the man says that he is a “Hero” because he has helped many men get rid of women who always mocked him.

Gautam also replied, from the beginning he was known as a “Villain” and he never liked to lose. This man comes from a wealthy family, has many criminal records and is known as a troublemaker.

But with Aarvi, Gautam will do anything to save the girl he loves the most. Bhairav, with all his wits and Rasika’s help, has fooled the police again and again. He turned his colleague at the zoo into a laughing killer on his behalf.

But Gautam knew well that the man accused was not the real killer. Gautam desperately goes to the zoo and there he finds Aarvi still alive.

That day, Gautam was beaten badly by Bhairav ​​but the man was not afraid. Justur Gautam laughs loudly, he asks where is Bhairav ​​Rasika? Who is Rasika? This made Bhairav ​​flinch.

Especially when Gautam said Rasika was never with him. The woman named Rasika was found by police in the zoo’s freezer a few days ago. Rasika, who always drives him crazy and obeys his every command, turns out to be just Bhairav’s shadow?

This makes Bhairav ​​flinch, he recalls being the last person with Rasika six months ago. Only Bhairav ​​knows how Rasika’s stiff body ended up in the freezer at the zoo?

The premise is good, but the plot is messy

Ek Villain Returns (2022) really has a chance to surpass Ek Villain (2014). Judging by the story, I love this new version.

As the film’s director and producer said, this sequel has a bigger story than the previous one. I feel it too, because from a story perspective, it seems more magnificent and full of surprises. 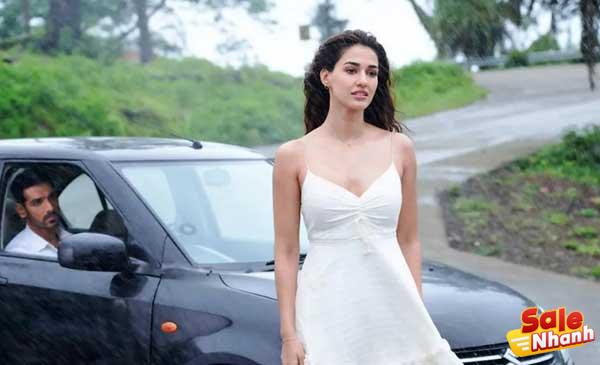 Furthermore, they keep their original premise, which is a serial killer shaped by deep trauma. In this case, Mohit Suri brings in two characters that fit the personality of a serial killer.

This really makes Ek Villain Returns (2022) feel fresher and much different from the first Ek Villain (2014). Unfortunately, there’s a lot that can’t be explored by Mohit Suri and Aseem Arrora as the storytellers.

I want to discuss the plot, which feels uncoordinated and seems random. If you want to create a multi-layered plot, they should reinforce the original story. I think it would be more fun if they could choose to focus on the character or the case first.

Draw the audience into the flow, then give a plot around who the “Hero” and “The Villain” really are. Then there is the story of Aarvi, who is still alive before Rasika’s true fate.

Although from a story perspective it feels confusing, I have to admit that the acting and action sequences are phenomenal. Ek Villain Returns (2022) brings intense action and makes the audience even more curious.

John Abraham was, as expected, the perfect actor to play a villain like Bhairav. The reason why the audience can see this man is not only brutal. But there was a sadness in his eyes that forced Bhairav ​​to commit a crime.

Not only that, Disha Patani also appeared in an extraordinary way and really made viewers shiver. Disha Patani fooled many people when she played Rasika, an evil mad girl.

As for Arjun Kapoor and Tara Sutaria, I really feel that both of them are just supporting roles here. The reason is that, in terms of acting quality alone, it is clear that they have not found their own characteristics yet. The chemistry between the two of them is really good, but I still feel an awkward impression from the two of them.

Arjun Kapoor is completely different and looks like he’s trying to keep up with John Abraham. The tension between John Abraham and Arjun Kapoor really gave me goosebumps and enjoyed every scene.

Although not perfect, I feel that the acting of the actors and actresses in Ek Villain Returns (2022) is very promising and is not inferior to the first movie. One of the things that really intrigued me was the ending of the story. The reason is, Ek Villain Returns (2022) has revealed a spoiler about the possibility that this movie will be made as a trilogy.

To be honest, I was really looking forward to this movie by Mohit Suri, because I wanted to know what kind of serial killer would be shown.

However, the word vandals is presented at the end of the film. It looks like the audience will be witnessing a combination of the two main villains Ek Villain.

The reason is, Rakesh Mahadkar played by Riteish Deshmukh met Bhairav ​​in a mental hospital. The meeting between the two clearly made me wonder what these two lunatics would do.

I hope Mohit Suri can learn from his failure in Ek Villain Returns (2022). In fact, Mohit Suri just needed to focus on the story and arrange each event so that it was more coherent.

I also hope that Mohit Suri isn’t too focused on giving a lot of twists. He just needs to provide more clarity on issues and character development.

This is my summary and review of Ek Villain Returns (2022). Judging from the plot, this sequel really has great potential to beat Ek Villain (2014).

Unfortunately, Mohit Suri’s main focus is on providing a plot twist, instead confusing the audience with the story. So do you like to watch movies? Share your answer below.