Outer space is a place full of mysteries. It’s not a horror-related mystery, but there’s a lot that hasn’t been studied. Starting from the existence of other planets, moons, stars and more requires in-depth knowledge to understand.

Ad Astra takes the main story of space and astronauts. Roy McBride is assigned to Neptune to find his father, who is presumed dead. What is his struggle in space to find his father and the answers to the intrigues in his life? See the Ad Astra movie review and synopsis here.

Roy McBride is an astronaut. While on a mission in space, his plane encountered a sudden crash and destroyed the plane. Fortunately, Roy saved himself to earth and became the sole survivor. The surge of electric current occurs not only in space but also down to earth.

Research on power surge has been done. The result was a radioactive attack that occurred around the planet Neptune. Then the wave was called The Surge. The Surge is believed to have come from the area around Neptune, which was the subject of a study 29 years ago known as Project Lima.

Project Lima consisted of five astronauts led by Clifford McBride, Roy’s father. According to the US Space Command (Spacecom), Clifford was declared dead after 16 years of not sending a signal. It is possible that The Surge was in contact with those involved in the Lima Project, especially Clifford. Later, Roy was called by Spacecom. 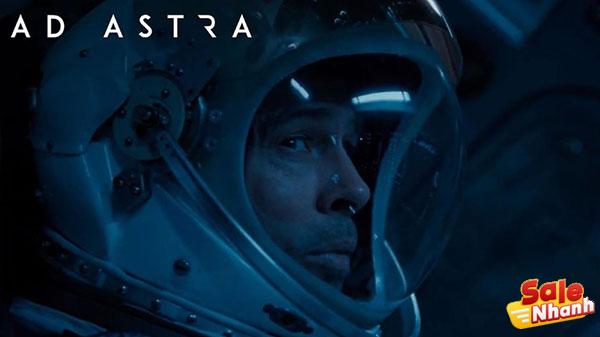 He thought he would be questioned about the increase in power that caused the plane he was flying in space, but he was told that it was possible his father was still alive. He is then tasked with going to Neptune and solving problems as he is considered the most competent to do so.

Colonel Pruitt is assigned to bring Roy to Neptune. He claims to have known Clifford for a long time. Roy and Pruitt go to the moon but are attacked by pirates. The two manage to escape although Pruitt is wounded and decides to retreat. Before leaving, Pruitt gave him a drive containing his last conversation with Clifford.

Roy then went to Mars on the Cepheus rover with his crew. En route, the co-pilot dies after being attacked by a biomedical research gem from Norway. Roy was shaken and expressed anger at himself and his father.

Cepheus was attacked again but landed safely on Mars. Roy then had the opportunity to send a signal to the Lima Project. First message sent but no response at all. He then sent a second, more emotional message in the hopes that the father would respond.

In fact, he was fired on the grounds that his objectivity was disturbed even though Clifford answered and Roy was not allowed to hear it. While in exile, Roy meets Lantos, whose parents were involved in the Lima Project. The difference is that both Lantos’s father and mother had to die because of his involvement.

He also reveals new facts about Clifford that make Roy waver. Will Roy continue to find his father? Or did he choose to give up and give up? Not only is it good in terms of fantasy, this movie is also quite emotional.

Almost throughout the film, we will see the appearance of Brad Pitt. Yes, Brad Pitt became the main character in the movie Ad Astra played by Roy McBride. The image of Roy, who is no longer young, is described as having a high dedication to his work as an astronaut. His personality is pragmatic, he only focuses on the important things of his life. 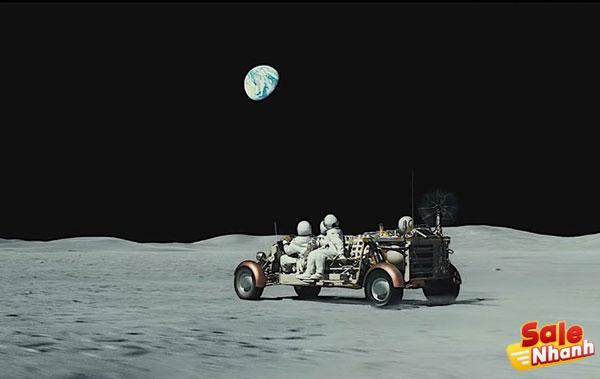 Roy’s very focused personality makes him one of the best astronauts. His heart rate is very stable. In other words, he’s not someone who panics easily when in an emergency. Therefore, we will not see many expressions of Brad Pitt in this movie because the necessary condition is to play a character that is too calm.

Finding Answers in the Life of Roy McBride

In a nutshell, Ad Astra tells the story of Roy McBride searching for his father, Clifford, who abandoned him as a child. Is it as simple as that? Of course not, he must travel to space to find out if his father died as he believes.

Roy feels that his career as an astronaut has been well lived, as is his personal life. He doesn’t mind having a troubled marriage because he thinks being an astronaut has a bigger mission. He holds the principle that with his profession he can find something of value to people in the future.

His trip to Neptune this time is not only because of his duties as an astronaut, but also as a child. These two things have succeeded in arousing the audience’s curiosity about the climax that the main character will go through. It is this curiosity that will keep us watching until the end.

The other side of the astronauts

Not everyone can become an astronaut. In addition to requiring a high intellect, it also requires a person with psychological ability. Long time travel to outer space, away from family and not easy tasks are the reasons why these two factors must be equally well met. 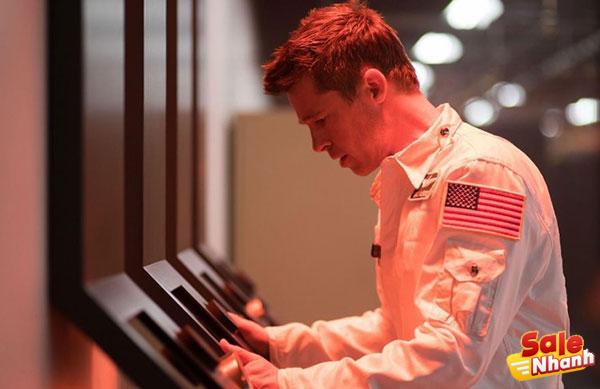 In the film Ad Astra, astronauts are asked to report on their mental state at a given time. Roy does this by revealing how long he sleeps and how he feels. There is also a device that is attached to the body and can be used to measure heart rate so that if you lie, you can be caught. Repost too?

Ad Astra film runs at a slow tempo, there are very few scenes that make us feel tense. The dramatic element wrapped in science fiction is the best description to describe this genre of film. It seems that it was deliberately slowed down so that the audience could enjoy the image of space travel.

One of the most striking things about Ad Astra is its amazing visuals. We will be able to see different beautiful scenes in outer space. The camera seems to have been purposely made to highlight areas of outer space that might surprise us. The most interesting scene is the scene where Roy is being chased by pirates on the moon and at the full moon.

Ad Astra is a sight that sci-fi fans shouldn’t miss. Likewise, people like dramas because there are positive messages from the father-son relationship and the way we see life. If you would like to share the message you received after watching this movie, a comment section has been provided, guys!