In the future, the Earth is ravaged by a disease. A prisoner is sent back in time to gather information about a man-made virus that has wiped out most of the planet’s population. Box office stars Bruce Willis and Brad Pitt are trapped in director Terry Gilliam’s mysterious time travel.

12 Monkeys is a science fiction film inspired by Chris Marker’s short film La Jetee which was released in 1962. The script was written by David Peoples and Janet Peoples to the surprise of Terry Gilliam, who later shot This film was on a limited budget and used only temporary assets for a sci-fi movie.

As one of the best sci-fi and best mystery movies ever, 12 Monkeys certainly has an unquestionable quality. For this reason, we will try to review a movie that makes the audience think a little to figure out what this movie means, especially in dealing with the rather confusing issue of the passage of time. Spoiler alert!

A deadly virus spread in 1996 and wiped out most of humanity. The rest of the population is forced to live underground. The army of twelve monkeys is said to be responsible for spreading this virus.

In the year 2035, James Cole (Bruce Willis) is a prisoner living under the ruins of the city of Philadelphia. James was chosen by a panel of scientists to go back in time to gather information about the origin of the virus so they could develop an antiviral drug. James always had dreams about being chased and shot at the airport.

James went to Baltimore in 1990 instead of 1996 as planned. He was arrested and put in a mental hospital where Dr. Kathryn Railly (Madeleine Stowe). He meets Jeffrey Goines (Brad Pitt), a patient with fanatical views about the environment and hates the business mechanism of large companies.

After an unsuccessful interview with psychiatrists, James was chained in a room. But not long after, he disappeared and returned to the year 2035. Because James recognized one of the people in the photo given by the panel of scientists, James was once again sent back into the past to gather more information. believe. 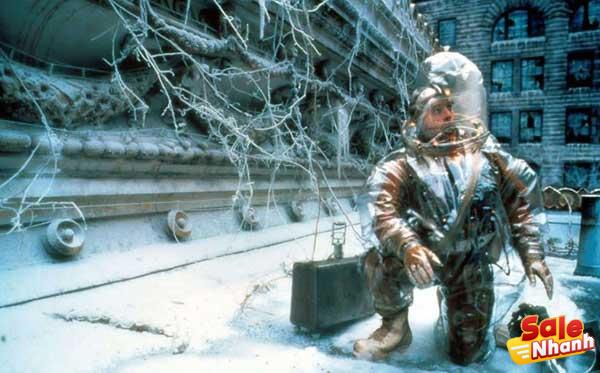 But he is thrown into one of the battles of World War I and meets a friend from his future. He was shot in the leg and immediately sent back to 1996.

James kidnaps Dr. Railly, who just attended a seminar on mental illness, is the content of a book he has written. James asked Dr. Railly drove him to Philadelphia to find Jeffrey.

James credits Jeffrey as the founder of The Army of the Twelve Monkeys, and it turns out that he is the son of a Nobel laureate in the medical field.

But Jeffrey denies this and accuses James of being the mastermind of the group with the idea he uttered while undergoing treatment in a mental hospital. James once again disappeared as he was about to be arrested by the police.

Back in 2035, James convinces the panel of scientists to send him back in time because he is committed to completing the information he has gathered.

As it turned out, the plan devised by Jeffrey and his colleagues at the Army of the Twelve Monkeys was to free the animals from the zoo and lock his father in the zoo instead.

James reported the future by phone and said that they were wrong to assume that the group was not the original spreaders of the virus.

Dr. Railly recognized Dr. Peters, whom he met at a conference and who is the head scientist in Jeffrey’s father’s laboratory at the airport. He concluded that Dr. Peters is the originator of the virus. When James found out, he gave chase and was about to shoot Dr. Peters, but it turns out he was the one shot by the police.

The scene in James’s dream really happened. Dr. Railly looked a boy in the eye at the airport before being led away by the police. Meanwhile, on the plane, Dr. Peters sat next to one of the councils of future scientists.

But then everything changed when Dr. Railly showed a picture of World War I with James in it. There are several theories that have emerged after we watched the movie 12 Monkeys to find out the true meaning this movie wants to reveal.

But of the many debates about this film’s intentions, the strongest theory is that the event was the memory of young James at the airport, who saw himself in the adult version of the scene. Future. Here are spoilers!

Terry Gilliam only received a $29.5 million grant from Universal Pictures. Budgets of this size are relatively small to produce sci-fi movies.

But Gilliam was able to make it happen using temporary properties and using a low-rent location, and everything went according to plan, only a week late due to weather restrictions. and Gilliam’s accident. 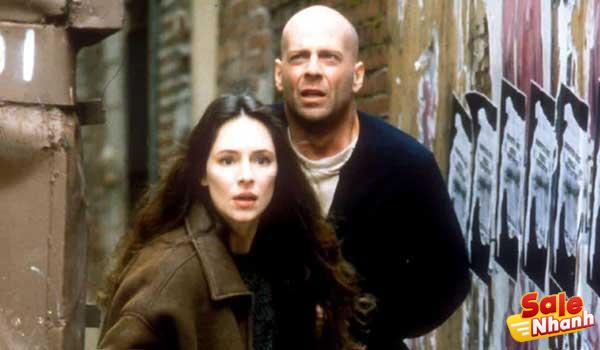 It can be seen that the film does not use too many sophisticated equipment, especially with the story set in 2035. Everything even seems outdated and dark. The rest, since most of the story is set in the 1990s, doesn’t require futuristic gear of the future.

Reportedly, the studio also asked Bruce Willis to reduce his salary for this film. This is actually a difficult thing because Willis is a huge star who succeeded with Die Hard [1988] and its sequel in 1992.

Meanwhile, Brad Pitt was not a star at that time, so his salary was still relatively cheap. But after this movie, Brad Pitt immediately became a top star.

As humans, we will never know what the future of humanity will look like. What we do know, is that how we live life in the present will greatly affect our future in particular. 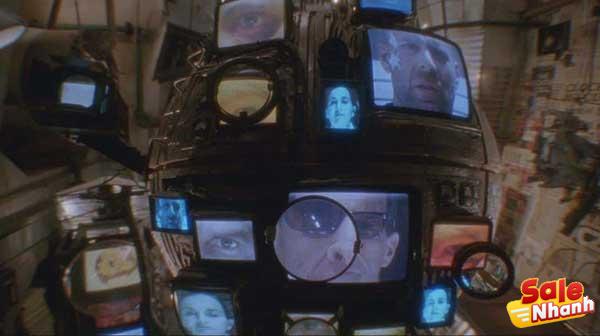 And what we need to keep in mind is that destiny cannot be changed because destiny is the right of God, which has been recorded even long before man was created.

As in 12 Monkeys, no matter how many times we go back and forth, the things that have to happen will still happen, it’s inevitable. No matter how much James chases after the spreader of the virus, the virus will still spread, because even in the future humanity will be destroyed by the virus that started spreading in 1996.

In the end, 12 Monkeys is a horror film set in a mysterious time story. The performances of Bruce Willis, Madeleine Stowe and Brad Pitt received much praise, Pitt was even nominated for an Oscar in the category of Best Supporting Actor and became a top star afterwards with a series of films. other quality.

With an unpredictable plot and dark nuances, 12 Monkeys has become a hit movie so far. And luckily for us, this movie can be watched via Netflix screens.