Who would have thought that this man with a straight, well-proportioned body, a butterfly swimmer, a member of the Korean national team would be successful in the entertainment industry?

After falling in love with sports since 2006, Sung Hoon tried his luck as an actor due to a spinal injury, this is also the reason why Sung Hoon underwent bone transplant surgery and performed his duty. short-term military. 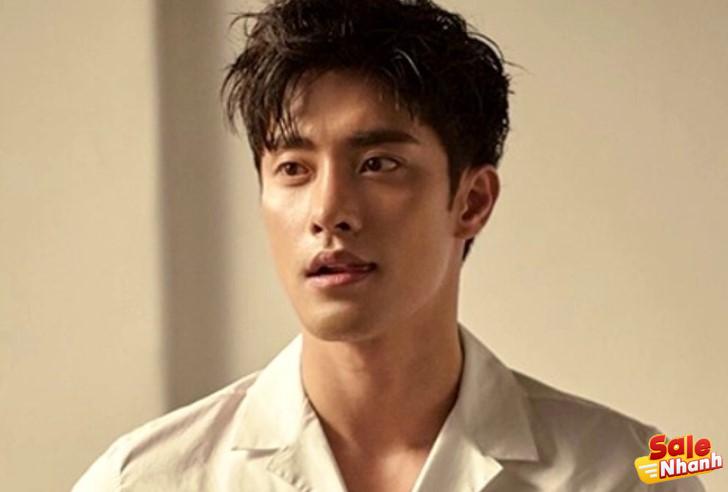 Moreover, despite having no experience in the acting or modeling world, Sung Hoon immediately took on the lead role in the drama “New Tales of Gisaeng” in 2011.

Sung Hoon’s debut as a successful actor earned him his first award, which was Best New Actor in the SBS Acting Awards. So far, Bang In Kyu, also known as Sung Hoon, has appeared in 15 dramas, 2 movies as well as 6 music videos.

The film’s theme, which showcases family conflicts and infidelity, always seems to succeed in capturing the audience’s interest. This is evidenced by the movie Love (ft. Marriage and Divorce), which has achieved a positive rating.

Sung Hoon himself plays Pan Sa Hyeon, a man who cheats because his wife doesn’t care enough and doesn’t want to have children. Then what about the conflict of the other two couples? Watch the excitement of the movie live!

Aired on MBN, the drama “Level Up” has 12 episodes. This romantic and comedy genre drama tells the story of Ahn Dan Te, played by Sung Hoon. Ahn Dan Te is a perfectionist director of a restructuring company.

Shin Yeon Hwa is a leader whose life is full of enthusiasm and joy. The character Yeon Hwa is played by Han Bo Reum. This drama is animated by several other artists such as Cha Sun Woo and Kang Byul.

Trouble arose when Ahn Dan Te was asked to team up with Yeon Hwa, played by Lee Byung Joon, to save his game company Joybuster. Things get complicated because the two never agree on anything.

Sung Hoon is back with the lead role in the drama “Secret Romance”. Here, he plays Cha Jin Wook, the heir to the largest company in Korea. Cha Jin Wook is known for having a bad attitude such as perfectionism, not caring about people around him, and often acting childish.

In addition, Cha Jin Wook has never been serious about love, often changing women and living a long life from one nightclub to another.

Until he meets Lee Yoo Mi played by Song Ji Eun, an innocent and pure woman who is hired as a nutritionist at Cha Jin Wook’s company while on the bus. Apparently, Cha Jin Wook was secretly in love with Lee Yoo Mi and they fell in love. The series aired by OCN has a length of 13 episodes.

The drama “Five Enough” broadcast by KBS has the participation of artists such as So Yoo Jin, Im Soo Hyang. This movie has both family and comedy genres.

Sung Hoon faces Shin Hye Sun, they compete in acting to become a couple with cute and lovely manners. Although the two characters played by both have very different personalities, the love story they play seems interesting to follow.

In fact, thanks to the chemistry in this drama successfully built by Sung Hoon and Shin Hye Sun, the two won the best couple award. Meanwhile, Sung Hoon won an individual award as Best New Actor at the KBS Drama Awards.

The movie “Oh My Venus” belongs to the romantic and humorous genre. Aired by KBS2, “Oh My Venus” has gone through 16 episodes. Sung Hoon also stars in the film despite not being the main character, because this drama focuses on the stories of the characters played by the first couple, So Ji Sub and Shin Min Ah.

Sung Hoon plays Jang Joon Sung, the second couple in the drama whose love story is equally interesting and romantic.

Jang Joon Sung plays a professional boxer trained by So Ji Sub, and seems to be searching for his mother. This comedic man meets Jang Yi Jin, played by Jung Hye Seong, and the two begin a relationship, showing each other their romantic and cute sides as a couple.

The series is broadcast by Naver TV and has 20 episodes, in the genre of romance and comedy. Indeed, the combination of comedy and romance is the most suitable, deh ! Sung Hoon in the drama plays Lee Kang Hoon, the director of one of the largest companies in Korea, handsome but has a cold, arrogant and selfish attitude towards those around him.

Until one day, Lee Kang Hoon’s beloved dog disappeared and was found by a woman named Cha Yoon Seo played by Kim Jae Kyung. He is a veterinarian who also seems to work at one of Lee Kang Hoon’s hospitals.

At first, their relationship did not go well when they first met, until a feeling of love gradually developed between them. In this drama, Sung Hoon also fills the soundtrack of the movie with his beautiful voice, you know! Sports, good acting, can sing. Very complete package, huh?

To co-star in the movie Faith: The Great Doctor, Sung Hoon is said to have lost up to 5 kg, while taking classes in daegeum (Korean big bamboo flute) to support his role. Because, here he uses bamboo flute to make magic.

This romantic, historical, and fantasy drama depicts the story of a cold-blooded killer named Chun Eum Ja, played by Sung Hoon. The story becomes even more interesting when he falls in love with someone from a different era.

Overall, this drama is about a modern day plastic surgeon named Yoo Eun Soo who is kidnapped by general Choi Young to travel to the past, specifically to the Goryeo Dynasty about seven hundred years ago. , to save Queen Noguk’s life.

Since arriving there, Yoo Eun Soo meets and instantly falls in love with a soldier who is the leader of the royal guard played by Lee Min Ho.

In this drama, Sung Hoon started his career as an actor. To get a role in the movie, Sung Hoon had to beat 1,000 men for casting, you know! He plays Ah Da Mo, a rich but famous man who is arrogant and looks down on women.

Until Ah Da Mo also met Dan Sa Ran, a prostitute, the term for women hired to entertain kings and nobles since the Goryeo and Joseon dynasties.

Thanks to the movie New Tales of Gisaeng, Sung Hoon won the Best New Actor award at the SBS Acting Award the same year. Of course, because here he does quite difficult scenes, such as kissing underwater.

So from those movies, we can see how Sung Hoon has developed over time with more quality acting. If you’re a fan of Sung Hoon, you should definitely watch all of the movies we recommend and let us know what you think about Sung Hoon in the comments!