The name Steven Seagal may be more familiar to grown-ups now. The actor who often appears with his long hair tied up once dominated the Hollywood movie scene in the 80s and 90s. With a background in aikido, it’s no wonder that many of his films feature action scenes. 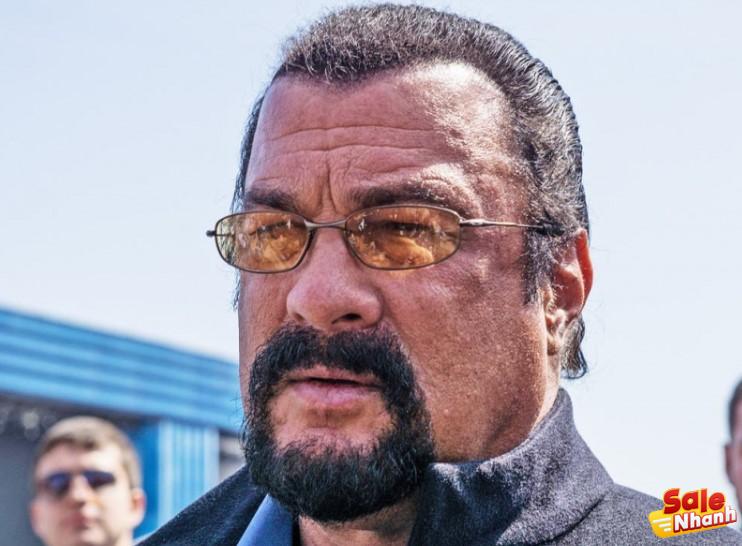 Although Steven Seagal is no longer as active as he used to be in the movie world, he is one of the best actors to ever rule the world of cinema. It’s a pity that the younger generation doesn’t know much about Steven Seagal’s works. What types of movies feature this legendary actor? Millennials should know, here are the 10 best Steven Seagal movies.

Casey is a chef working aboard an American military ship. The ship was captained by Captain Adam. Bill was on the same ship that was decommissioned to California by order of President George WH Bush. Unfortunately, Krill and Bill betrayed by taking over the ship containing the nuclear warhead.

Seagal plays the character Casey Ryback. As a chef, he is underrated by Krill, played by Gary Busey, and Bill, played by Tommy Lee Jones. They don’t know that Casey is no ordinary chef. He is a former elite team member currently serving a suspended sentence. Under Siege is one of Seagal’s most iconic films.

Orin Boyd is a cop who will do anything to get what he needs. In the criminal investigation, he does not want to be helped by his fellow cops under the pretext of trust. He meets Latrell, a gangster who is said to have information about the criminal underworld. Unknowingly, the two become complementary partners.

Seagal plays Orin Boyd. In terms of personality, he can play well as someone who is stubborn and a bit arrogant. Lots of fight scenes with or without weapons. One of the most iconic scenes is when Orin shoots the helicopter.

Cross, a former Marine, is tasked with closing an old prison with the help of his partner, Manning. The mission didn’t sound too difficult until an armed squad arrived to capture one of the prisoners. It turns out that the prisoner was keeping an important secret that could endanger some parties if it was revealed to the authorities.

Seagal plays the character Cross, while Manning is played by 90s WWE superstar Steve Austin. The interesting part is not just when the two are able to take down their enemies, but how they get the prisoners trapped and kill each other, a genius way to finish off an opponent.

Travis Hunter, a CIA agent, is tasked with finding the killer of the governor of Tokyo, Takayama. With the help of their partner, Mac, they suspect the Yakuza is behind the murders. It is reported that the killer is Kuroda, the new Yakuza boss. Kuroda then kills Mac and Travis’ fiance. How will Travis respond to Kuroda?

Seagal plays Travis Hunter. He speaks Japanese and also shows off his aikido skills in the face of his opponents, even throwing enemies out of an eighth-floor window. Not quite there, he then hunts Kuroda with a samurai sword in hand.

Jacob, a detective, likes to do whatever he wants to get what he wants. He is investigating a serial murder case. Unfortunately, the presence of an inexperienced FBI agent hampered his investigation. Support from the authorities didn’t seem to work, so he faced the problem on his own terms.

Jacob played by Seagal continues to hunt and the hunt becomes more and more intense because the target he faces is not an ordinary assassin. He is a crazed killer who loves to leave puzzles in every action. The hunt was carried out in many places, one of which was the bar, where one of the most memorable matches took place.

Gino and Bobby, two Brooklyn police detectives investigate a drug case carried out by a robber named Richie Madano. Realizing that he is under investigation, Richie kills Bobby. The death of his comrades angers Gino and uses Richie’s sister to lure him into hiding.

Seagal plays Gino Felino. For an actor who regularly shoots action movies, it’s not uncommon to witness Seagal’s fury. In this movie, the feeling is different, the anger seems unstoppable. Therefore, many scenes of horrifying violence are shown in this film. If you like brutal scenes then don’t miss this movie.

John Hatcher just failed his police duty. To heal his sadness, he returned to his hometown. After deciding to retire, the problem came from a drug dealer gangster. His grandson was shot and made John angry.

The character John Hatcher is played by Seagal. With the scale of an action movie, this movie fully embodies shooting, fighting, car chases and heroic action sequences. Not to mention the mystical element because the gangsters are from Jamaica. One of the best movies with Seagal’s signature in every action.

Jack Taggart is a staunch believer. He went to a small town to serve the church. He felt something strange in the city. He later discovered that there was toxic waste that was dumped carelessly and could damage the environment. He has to deal with evil businessmen who only care about their own interests.

Seagal played the character Jack Taggart in the movie Fire Down Below. Despite discussing environmental pollution, the focus in this film remains on how Seagal solves problems in his favorite, combative way. Even the fight is carried out right at the factory where the waste is generated.

Mason Storm woke up from a coma that had kept him unconscious for seven years. He removed all of his medical equipment and fled the hospital. His only goal is to take revenge on those who put him in a coma and to uphold justice.

Seagal plays the character Mason Storm. He also had an acting clash with his wife, Kelly Le Brock. Kelly plays a nurse who helps Mason escape from the hospital. The fight scenes in this film are complemented by threatening dialogue that comes out of Mason’s mouth.

Nico Toscani, a former CIA agent suspects an arms sale. It was made worse by the bomb exploding in the church. His investigation turned out to reveal even more dire results, namely corruption, treason, and a plot to assassinate a senator.

Seagal plays Nico Toscani. Not only is he an actor, but he also became one of the screenwriters for this movie. Deeper conflict is one of the unexpected elements of this film from director Andrew Davis. If there is a movie that can represent 80s action movies, this movie could be the top pick.

Steven Seagal’s film contains many violent scenes. Before watching, you must make sure you are old enough, yes. Which Steven Seagal movie appeals to you the most? Please share in the comments section! There you can also add if there are other movies that have not been reviewed.