K-Drama enthusiasts are certainly no stranger to the now hotly discussed comedy-fantasy historical drama, Mr. Queen. The popularity of this film cannot be ignored because of Shin Hye Sun’s extraordinary acting, which made the audience believe that Empress Kim So Yong was a man in a woman’s body. 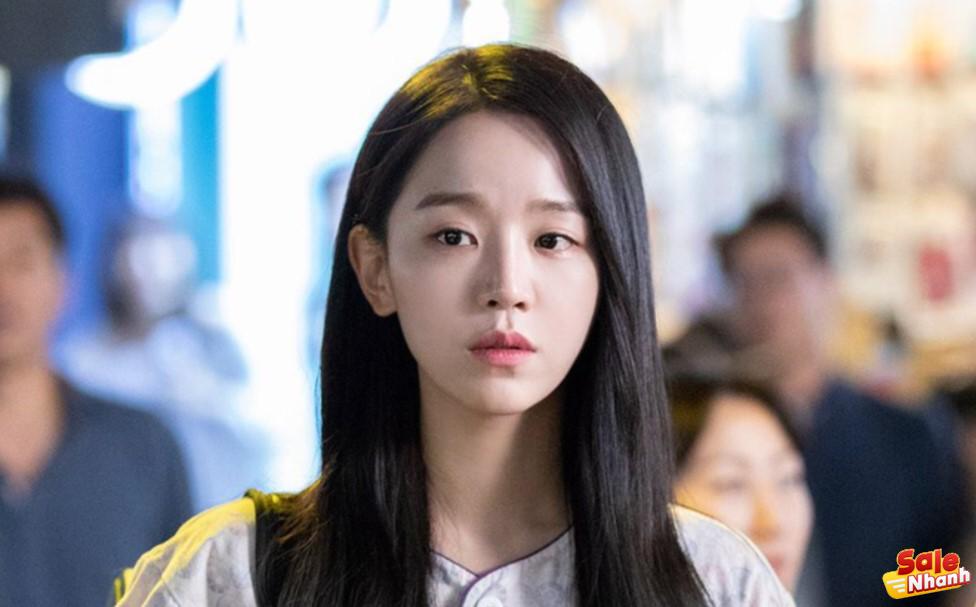 This actress Shin Hye Sun born in 1989 has been in the Korean entertainment industry for a long time and so far she has appeared in 14 dramas. So, for those who are curious about the movies that Kim Hye Sun has starred in, check out the article below!

Shin Hye Sun started her career as a screen actress with a role in the fifth school drama broadcast by KBS, namely School 2013. Here, she had the opportunity to play a role. as a student at Seungri High School of the same name, Shin Hye Sun.

School 2013 is a drama about the problems faced by the students of Seungri High School, one of the worst schools in Korea.

Angle Eyes tells the love story of a blind girl Yoon Soo Wan and Park Dong Joo who have to be separated because of family problems. Twelve years have passed, Soo Wan and Dong Joo reunite. And now Soo Wan’s eyesight is back, but she’s engaged to someone else.

In the psychological drama aired by SBS, Shin Hye Sun participates as the younger version of the character Cha Min Soo played by Hyun Jyu Ni.

This romantic comedy tells the story of Lee Min Suk, a high school student who has an older brother who looks a lot like him even though they are 9 years apart in age. Because of one condition, he is forced to work at the company where his brother works to replace his brother.

In the movie High School King of Savvy, Shin Hye Sun plays an employee of the retail team at the company.

Forever Thanh Xuan is a teen melodrama about the journey of Linh, a girl from Vietnam to continue her studies in Seoul. There, he lives in a homestay and from there he meets newcomers from various backgrounds, including Lee Jun Su, the son of the homestay owner, who is a trainee of a famous company. .

In this Korean-Vietnamese co-production, Shin Hye Sun participates as a supporting actress. The character she plays, Han Mi So, is a close friend of Lee Jun Su, who secretly harbors feelings for her friend.

The story of this drama begins with Bong Sun, a woman with low self-esteem who works as a cleaner in a restaurant. One day, his normal life changes 180 degrees when a virgin ghost takes control of his body.

In the movie Oh My Ghost, Shin Hye Sun plays Kang Eun Hee, the younger sister of Kang Sun Woo, a chef at a restaurant. Eun Hee was an unfortunate ballet dancer who became paralyzed after being the victim of a car crash and then ran away.

She Was Pretty is about a girl named Kim Hye Jin who used to be very beautiful, but when she grew up, her appearance was no longer as beautiful as before. While his first love was in elementary school, Ji Sung Joon, who was once an ordinary person, has now become a handsome man. One day, the two of them are reunited. However, because of her strange face, Hye Jin hid her true identity.

In this romantic comedy aired by MBC, Shin Hye Sun plays the role of Han Seol. She is a glamorous beauty assistant at The Most, a magazine company where Hye Jin and Sung Joon work.

Shin Hye Sun was offered the role of Lee Yeon Tae, the younger sister of Lee Sang Tae. He works as an elementary school teacher with a shy personality. Through her role here, Hye Sun attracted a lot of public attention and was nominated for 2 categories at the 2016 KBS Drama Awards.

The Legend of Blue Sea

Stranger or Secret Forest tells the story of a prosecutor named Hwang Shi Mok who is rational, honest, fair but lacks empathy. Once at the scene of a murder case, he meets detective Han Yeo Jin. Later, the two of them worked together to investigate a murder case that turned out to be rooted in a corruption case involving the prosecutor’s office.

In this crime drama, Shin Hye Sun has the opportunity to act with big names like Cho Seung Woo and Bae Doo Na. Here, he was offered the role of Young Eun Soo, a brave young prosecutor and son of a minister accused of corruption.

The story of My Golden Life revolves around the character played by Shin Hye Sun, which is Seo Ji An. He is an ordinary contract worker. Once upon a time, he found a chance to reverse his fate, but something he never expected happened to his life.

My Golden Life was so loved by the audience that it surpassed the rating of more than 40%. And Shin Hye Sun herself even took home the Best Actress award at the 2017 KBS Drama Awards.

After the success in the drama “My Golden Life”, Shin Hye Sun was once again trusted to play the lead role in the SBS drama “Still 17”. In this drama, she plays a character named Woo Seo. Ri and compete with actor Yang Se Jong.

Woo Seo Ri herself is a violin genius who unfortunately had an accident and was in a coma for 13 years. When she woke up, she was physically a 30-year-old adult woman, but mentally she was still a 17-year-old girl. She then meets Gong Woo Jin, a 30-year-old man traumatized by an incident that happened 13 years ago.

The Hymn of Death

The Hymn of Death itself is a drama adaptation of a true tragic love story between Korea’s first soprano Yun Shim Deok and genius playwright Kim Woo Jin. Set in the 1920s when Korea was still a Japanese colony.

Angel’s Last Mission: Love is a KBS romantic comedy-drama series starring Shin Hye Sun and Kim Myung Soo as the main characters. The story of this drama begins with an angel named Kim Dan, who is tasked with finding the true love of a ballerina named Lee Yeon Seo so he can return to heaven.

Lee Yeon Seo herself is a character played by Shin Hye Sun. She is a very talented ballerina, but an accident has caused her to lose her eyesight. Because of that incident and many people pursuing her inheritance, Yeon Seo doesn’t trust anyone and has a cold heart.

This fantasy historical comedy drama is adapted from the Chinese web drama titled Go Princess Go, which also takes the story from a novel of the same name by Xian Chen.

Story from Mr. This queen is derived from a man named Jang Bong Hwan, a chef of the Blue House, who fell from the floor of his apartment into a swimming pool. But when he woke up, his soul was trapped in the body of a woman in the Joseon Dynasty. And as we all know, this woman is Queen Cheorin Kim So Yong played by Shin Hye Sun.

That is a list of films with the participation of Kim Hye Sun from their debut until now. Through these 14 dramas, Kim Hye Sun has been able to prove that she is a versatile actress with a wide variety of characters. So out of the many TV series titles above, which one excites you the most?