Rosamund Pike is a London-born actress who started her career by performing in theatre. Her career continued by appearing in TV series titled Wives and Daughters and Love in a Cold Climate.

Her name became known after being cast as a bond girl in the movie Die Another Day. Bond girl is a term for a supporting actress in a James Bond film. 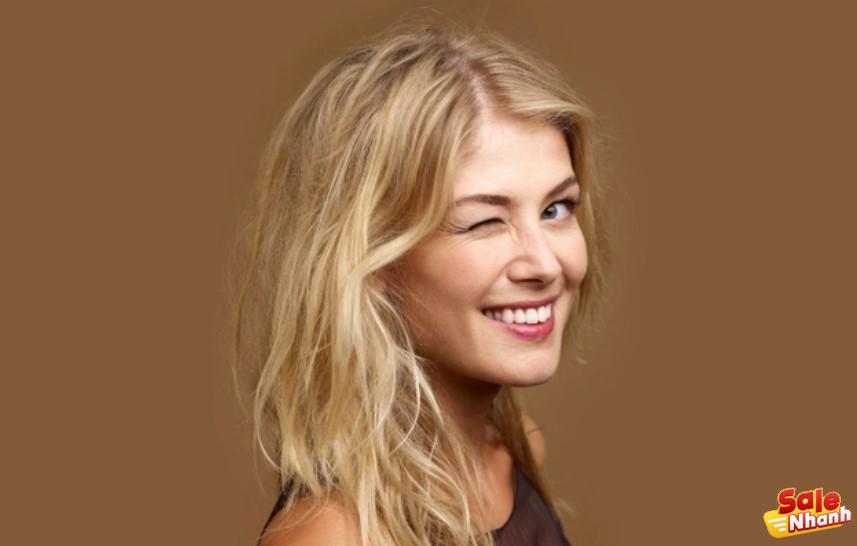 Actually Pike was born into a family of musicians. Her father and mother are musicians, and even Pike herself can play the cello. Who would have thought that acting is the whole world now. Want to know the best movies starring Rosmund Pike? If so, let’s take a look at 10 films of Rosamund Pike, the actress who was once a Bond girl below.

Five people were killed by an assassin who fired six shots. From the various evidence obtained by the police, the accusations were directed at James Barr. During the interrogation, Barr even mentioned the name of Jack Reacher, someone he knew in the hope that Reacher would find the real culprit.

Jack Reacher is a military veteran whose life is always on the move. He is a mysterious person and cannot be tracked. Helen, played by Pike, becomes Barr’s lawyer. Helen eventually meets Reacher and asks for his help in solving the case. On the other hand, Helen’s father is a prosecutor, while he works closely with the suspected murderer.

Rita O’Grady is the designated spokesperson for female workers at Ford Motor Company. He wants to ask the leadership to equal wages between male and female workers. Management ignored the request, claiming that what Rita was doing was a hoax.

Feeling unheard, the female workers went on strike. Lita’s efforts are not in vain, she has the support of Lisa played by Pike, wife of boss Ford Dagenham. Also present is Secretary of State Barbara Castle, who advocates for equality between men’s and women’s incomes.

The Benett family has 5 daughters, which are Jane, Elizabeth, Mary, Lidya and Kitty. Seeing financial difficulties when taking care of her children, the mother finds ways to pamper her children. Bingley meets Jane played by Pike. Bingley’s best friend, Darcy, likes Elizabeth but Elizabeth finds her rigid and arrogant.

A rich man, Collins, proposes to Jane. His mother even placed Collins with Elizabeth, but Collins’ offer was rejected by Elizabeth. Bingley’s move out of town breaks Jane’s heart while Darcy continues to approach Elizabeth despite her rejection. Until he left, he left a letter for Elizabeth. What’s in the letter? Will they ever be together?

Seretse Khama was the first president of Botswana upon the country’s independence. While studying in London, he met Ruth Williams, played by Pike. Since that meeting, the two have grown closer and developed feelings for each other. A year later, in 1948, the two decided to get married.

The marriage between Khama and Williams was rejected by the South African and the Bamangwato tribal leader. Interracial marriage is forbidden, so Khama’s uncle requested an annulment. The British also refused. As a punishment, they had to be exiled in Botswana for six years.

Abi, played by Pike and Doug, is a married couple whose relationship is on the brink. They have been blessed with three children but this has not improved their relationship. One day, the two are invited to celebrate Doug’s father’s birthday and have to travel together.

Their three children, Emelia, Bobby and Harriet, were asked to keep their mouths shut about their family’s condition. Doug worries that his father’s illness is getting worse. Harriet secretly kept a notebook containing fraudulent records of her parents. He hoped that it could be the glue of the relationship between his parents. What about Abi and Doug?

Johnny English, a former secret agent is living a new life as a teacher. Meanwhile, the British prime minister is in trouble when his entire technology network is hacked. To solve the problem, Johnny is forced to descend the mountain. The thing is, Johnny is still traumatized by the events in Mozambique.

Kate Summer, played by Pike, a psychologist, is tasked with accompanying him. A dangerous mission awaits Johnny, a mission that makes it difficult for him to distinguish between friends and enemies. Don’t get me wrong, this is a comedy, you know! Pike had an acting collision with Mr Bean, aka Rowan Atkinson. If you need light entertainment then this movie could be an option.

Marvie Colvin, played by Pike, is a war journalist from New York who has a high reputation. He was known as a brave man and even had a tendency to recklessly stand on the front lines when in conflict zones. Even, because of the total effort in performing his profession, he had to lose an eye.

In addition to fear, everything Marie witnessed there left a wound in her heart when she returned home. Losing one eye became the turning point that led him to sink deeper into alcohol and a life he never imagined. Will that frustration get in the way of him doing his job? This time, the war is happening within itself.

Ted Crawford, a man in his old age, shot and killed his wife because he discovered she was having an affair with police detective Rob Nunally. The police arrive at Ted’s house and Rob discovers that the woman he cheated on is dead instantly Ted’s target, but Ted is overthrown and imprisoned.

Willy Beachum, a rising prosecutor tries to solve the case. Ted, who did not want to be represented by an attorney, intrigued Willy. Behind it all lies an evil vision. Pike plays Nikki, Willy’s girlfriend. Pike had an acting collision with Ryan Gosling, who played Willy.

Amy Elliott, played by Pike, is a woman known to the public as The Amazing Amy. One day, she was reported missing by her husband, Nick Dunne. As a public figure, Amy’s disappearance immediately became the focus of attention. Even the news flooded on television and mass media.

The police investigate various evidences to find Amy’s whereabouts. Evidence found leads to Nick, the husband. The public that had previously sympathized with Nick began to hate him. What exactly happened? This movie will suit those who like puzzles.

In 1982 in New Mexico, a family was massacred and their farm burned down. The mother, Rosalie Quid (Pike), escapes into the woods. Joseph Blocker, was assigned one last assignment before retiring, to escort the Telow Hawk from New Mexico to Montana.

Along the way, Blocker and Hawk encounter Quid. Feeling the trip would be fine, it turns out their companionship with Quid adds to the burden of the problem. Quid is pursued by the Comanche tribe and all must face it along with unpredictable terrain and weather.

If you have some free time, the Rosamund Pike movie reviewed above might be an option. There are different genres that you can choose from according to your preferences. Want something fun? Johnny English Reborn. Want something stressful? Maybe try Gone Girl or Fracture.