Alita’s Battle Angel, which showcases highly sophisticated CGI elements in the film, has quite caught the attention of the public. But did you know that the characters in the movie are actually played by real actors and actresses? One of them is Rosa Salazar, who plays Alita. 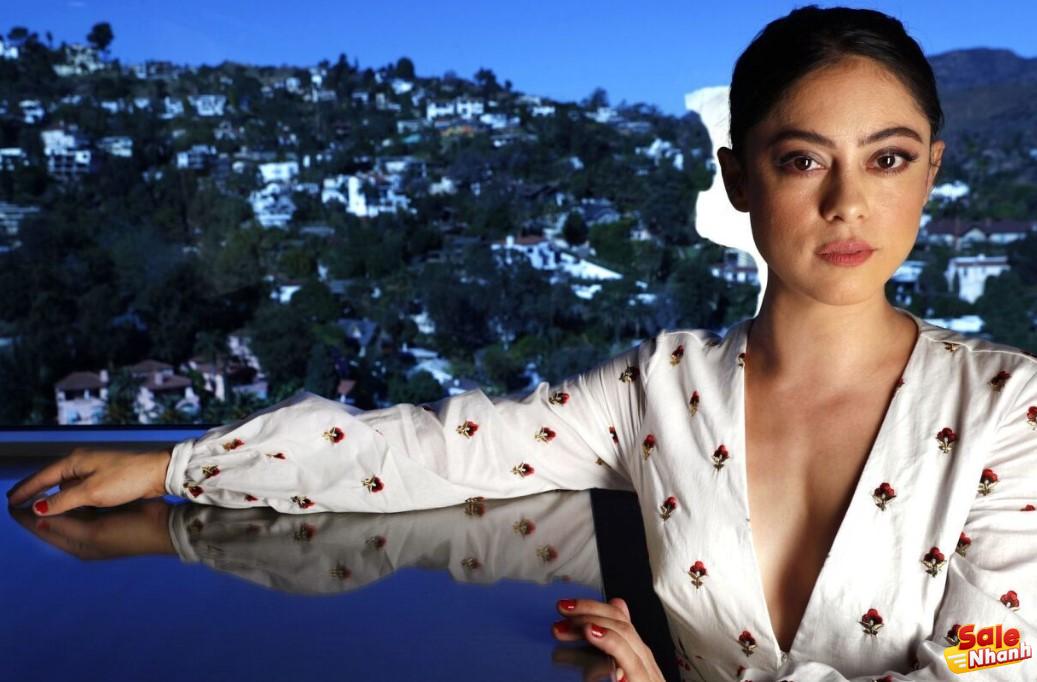 Rosa Bianca Salazar better known as Rosa Salazar is a Peruvian-born Hollywood actress who has starred in quite a few films and television series. This talented woman was born on July 16, 1985, and started her acting career in 2010 in a TV series. Since then, Salazar has been getting more and more roles. Here are 10 extremely attractive movies for you to watch.

Jamesy Boy is a biographical crime drama film directed by Trevor White. In this film, Rosa Salazar received a supporting role and played the character Crystal. In Jamesy Boy, Rosa collided with other actors and actresses such as Spencer Lofranco and Mary-Louise Parker.

The film Jamesy Boy focuses on the story of James Burns, a criminal caught in an illegal drug and weapons trafficking case. While the character Crystal himself was a friend James met while he was shoplifting, who later offered James a dangerous job. On the IMDb site, this movie received a rating of 6.3.

After the Erudite leader attacked Abnegation, Tris and her friends had to flee from faction to faction for help. In this movie you can see the whole of Rosa Salazar, who plays one of the pure Dauntless members who are very good at fighting and protecting Tris. On the IMDb website, this movie has a 6.2 rating.

Night Owls is a romantic comedy film directed by Charles Hood. In this film, Rosa Salazar plays Madeline. Her performance in the film earned her a nomination for best actress at the Fill Hill Country Film Festival and a win in the Best Performance category at the Twin Cities Film Festival.

In this film, Rosa Salazar also competes with Adam Pally, who plays Kevin. One night, Kevin and Madeline accidentally met each other due to an accident. The two spent the night together until Kevin realized that Madeline was his boss’s ex-wife. On the IMDb site, this movie has a rating of 6.2.

Submerged is a 2016 action-thriller survival story directed by Steven C Miller. In this film, Rosa Salazar plays Amanda and competes with other main characters such as Jonathan Bennet and Talulah Riley.

Submerged tells the story of two young women who are the target of a kidnapping. They then have to fight to stay alive and save themselves after the limo they’re driving plunges into a river canal. On IMDb, the film received a 4.1 rating.

Want to see Rosa Salazar in a police uniform? You can watch Dax Shepard’s action comedy Chips. This movie is an adaptation of a TV series that aired in the late 70’s. In this movie, Rosa Salazar plays Ava Perez, a CHP or California Highway Patrol agent.

Ava Perez, along with two other CHP agents, Jon Baker and Frank Poncherello, are often assigned to patrol together. Jon and Frank are two people with very different personalities. However, they were eventually able to work together to resolve a case in the CHP institute. On the IMDb website, this movie has a rating of 6.

In 2017, Rosa Salazar returned to star in the third and final installment of The Maze Runner trilogy. The final sequel is titled Maze Runner: The Death Cure. In this movie. Rosa Salazar still plays Brenda and the story in the film continues to follow Thomas and his friends’ journey to defeat WCKD.

After Min Ho, Thomas’s best friend was captured by WCKD and the woman he loved, Teresa betrayed WCKD, Thomas and the rest of his friends tried to get to WCKD’s headquarters to save the survivors. detained there. On the IMDb website, this movie has a 6.2 rating.

Teacher Thao is a drama film directed by Sara Colangelo. The film premiered at the 2018 Sundance Film Festival before finally being released on the Netflix platform. At the festival, the film won the award in the category of Director: American Screenplay. In this film, Rosa Salazar plays Becca.

Becca is an artist and nanny for a child named Jimmy. Jimmy himself was a child who was so good at writing poetry that he amazed his teacher. The teacher’s admiration then crossed the line when she took Jimmy away without Becca and her father’s permission. On IMDb, this movie has a rating of 6.7.

Remember the bird box challenge that went viral in 2018? The controversial challenge was inspired by the horror film directed by Susanne Bier. Rosa Salazar also played in this movie along with other actors and actresses like Sandra Bullock. In this film, Salazar plays Lucy, one of the survivors of the chaos that occurred.

Bird Box tells the story of a group of people who are trying to survive an onslaught of creatures that may suddenly cause them to have suicidal thoughts. In order not to be affected by these creatures, they must not be seen and must close their eyes when outside the room. On the IMDb site, this movie received a rating of 6.6.

Rosa Salazar’s name was on the rise when she starred in the film Alita: Battle Angel directed by Robert Rodriguez and produced by James Cameron. This movie is a cyberpunk action movie based on a manga manga. This movie is produced using advanced CGI technology to create realistic comic images.

In this film, Salazar plays the role of Alita. Alita is a robot with a human brain and heart found in a trash can by Dr. Dyson Ido. Along with her new friend, Hugo, Alita then sets out on an adventure to find her true identity. On the IMDb site, this movie has a rating of 7.3.