Who would have thought that this girl who wanted to deepen her math knowledge could become a famous Hollywood comedian. Rebel Wilson believes she is good with numbers.

So she is looking for a profession that will not be far from the numbers. However, fate said otherwise when placing Wilson in the entertainment industry as an actress.

Rebel Wilson rose to fame on stage at the Melbourne International Comedy Festival. Her first show was The Westies Monologues. 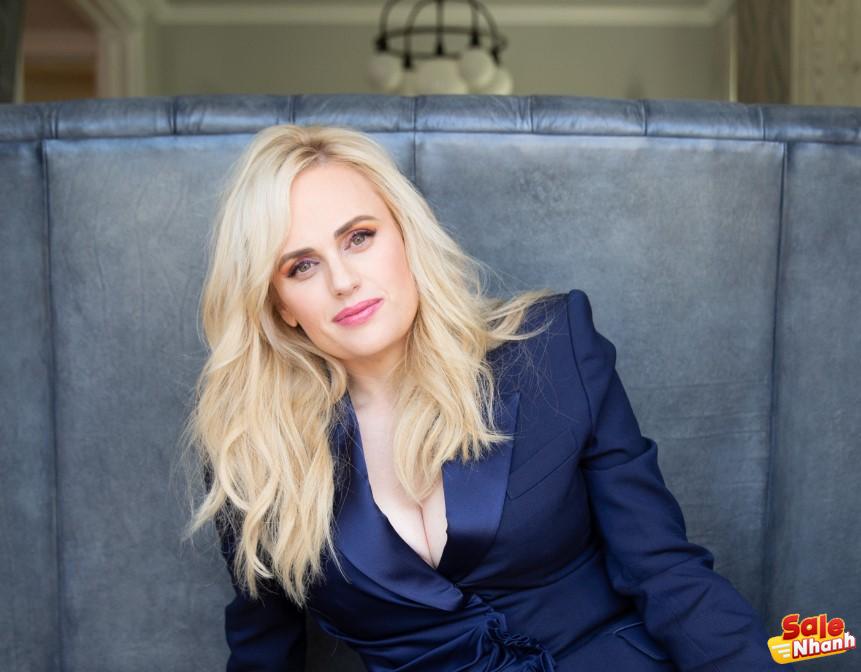 The role that made Rebel Wilson’s career flourish was the role of Toula in the comedy series Pizza. Being invited to star in series, video games and movies marked the development of her career. Here are some of Rebel Wilson’s best movies.

In 2022, Rebel Wilson starred in a comedy set in a school setting. In this film, she plays Stephanie, a cheerleader who has been in a coma for 20 years.

The coma is caused by an upset Stephanie’s rival, who doesn’t want the most popular boy in school to come to her party. Stephanie has ambitions to become a popular student as a form of revenge against her rival, Tiffany (Ana Yi Puig).

After waking up from a coma, Stephanie’s desire to fulfill her dream is still strong. So, he decided to go back to school to perform even though he is now 37 years old.

Set during World War II, Jojo’s Rabbit tells the story of three German boys who question their beliefs. It coincided with their mother hiding the Jewish girl at home.

At that time in Germany, Nazi understanding was still winning. Jojo Bletzer (Roman Griffin Davis), is one of the boys who really idolized Hitler.

He also enthusiastically participated in the training of Nazi youth cadres. But because he can’t kill, Jojo is mocked by his trainees as Jojo the Rabbit.

After finishing training, Jojo returns home and is surprised to see a girl (played by Thomasin Mckenzie) behind the wall in his brother’s room. The girl known as Ella was hidden by her mother.

Since then, Jojo has always tried to learn about the Jews, and at the same time find out the secrets that his mother has kept for so long. In this movie, we can see Rebel Wilson as Ms. Frulein Rahm, teacher of three boys.

The role of Fat Amy in this film is forever reserved for Rebel Wilson. In the third season of this film, he is still retained to take on the role.

After successfully winning the world-class cappella championship, the Barden Bellas separated and got busy with their own careers.

Beca (Ana Kendrick) is a music producer, Chloe (Brittany Snow) is a nurse, Emily (Hailee Steinfeld) goes to college, and Fat Amy is busy with her job.

Missing singing and performing on stage, Barden Bellas returned to perform at the USO (United Service Organization) competition in Europe.

The training process of the acapella group encountered many challenges. What’s even more difficult is that they have to choose between continuing their work or pursuing the world of singing that is their passion.

The Hustle follows the journey of Josephine Chesterfield (Anne Hathaway), a high-profile con man. She uses her wits and beauty to trick the men she dates.

This act is the work that financed her glamorous life. He could even live on the French Riviera, a luxury castle complex and designer shopping.

Josephine has a rival as well as a brilliant con artist, her name is Penny Rush (Rebel Wilson). Penny’s trick is different from Josephine’s.

Penny uses a silly way to kick off the action. Josephine was impressed by Penny’s deception. He then offers to elegantly teach Penny to cheat.

However, the nice initial intro ends in a competition for the title of greatest cheater. Their main target is a rich man named Thomas Westerburg (Alex Sharp). Josephine and Penny then had a clever fight to trick the man.

Rebel Wilson stars in this film as Natalie. He is an architect living in New York. One day, Natalie faints and finds herself in another life.

Natalie is a woman who does not believe in love and all that is associated with it. After fainting, Natalie finds herself in a romantic movie world.

Natalie has a crush on her client. But that’s not the only strange thing about Natalie’s ‘new life’. The people around him have changed and now have very unique relationships.

In the animated film Ice Age: Continental Drift, a squirrel’s hunt for acorns leads to a split between the continents. This also caused the herd to be divided.

Besides, for Manny (Ray Romano), Diego (Denis Leary) and Sid (John Leguizamo), this is their new adventure.

Sid is able to reunite with his long-lost family and make new friends. During Sid’s adventures, he encounters pirates who hinder his goal of returning home. Well, here Rebel Wilson voices a prehistoric kangaroo named Raz.