Natalie Portman is a leading Hollywood actress, born in Jerusalem on June 9, 1981. As a teenager in 1993, she successfully auditioned for the role of an orphan who befriends a assassin in the movie Leon: The Professional. The following year, the film was released and also marked his debut on the big screen world.

Natalie Portman was offered the role of Juliet in the movie Romeo & Juliet. However, the film’s producer refused because he felt his age was not suitable. For her performance in the 2011 film Black Swan, she received Best Actress awards from the Screen Actors Guild Awards, Golden Globe Awards, Critic’s Choice Awards, BAFTA Awards and Academy Awards. 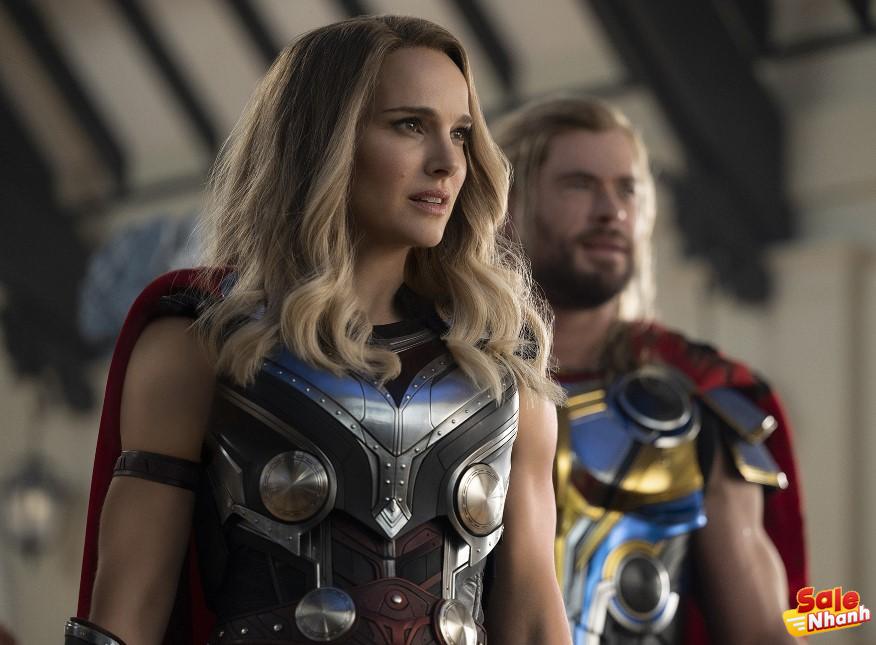 She is also quite famous for playing Padme Amidala, the mother of Luke Skywalker and Leia Organa in the first Star Wars trilogy. Of course, there are many more films by this Harvard woman graduate. Here is a list of 10 movies that have the participation of Natalie Portman.

In this film, Natalie Portman plays a biologist named Lena. Kane, her husband suddenly returned home after being declared missing for a year. However, his condition looks very strange and he cannot remember anything.

Lena later finds out that her husband has just been on an expedition into a mysterious area called The Shimmer. This place turned out to be an area contaminated by meteorite-like objects from space.

To save her husband, Lena then went with the expedition led by Dr. Take the risk to step in and investigate The Shimmer. The two of them, along with three other researchers, later discovered strange and outlandish phenomena from a place beyond common sense for a scientist.

Leon is a professional assassin and quite ruthless. In every action, he always wears sunglasses and never fails to perform each mission. In addition, he is known to be very difficult to find his enemies.

As an assassin, Leon would not kill women or children, and his wages should be over five thousand dollars. One day, he saves a girl named Mathilda (Natalie Portman), whose family was massacred by a corrupt policeman.

Mathilda was 12 years old then when DEA (Drug Enforcement Administration) agents killed her family. To change her life, the girl then learns how to use weapons to become an assassin like Leon.

Britain is currently ruled by a prime minister named Adam Sutler. He was not a wise leader, but a fascist who did not hesitate to kill anyone who deviated from his political views.

Meanwhile, Every’s (Natalie Portman) parents fall victim to Sutler’s mean attitude. Both died horribly as a result of the government’s mass extermination program. After that, everyone was resigned to being unable to do anything about the atrocities that Sutler had committed.

A man in a black robe and mask later saved Every’s life from a massive fire at Old Baley criminal court in London. The man whose initials are V then becomes the protector of the oppressed. He took action against the authorities who committed crimes against the people

Nina (Natalie Portman) is a talented ballet dancer like her mother. Even to become better, she spent her whole life practicing ballet and did not have time to do other activities.

Once upon a time, a stage director named Thomas Leroy was looking for new talent for the play Swan Lake. In the end, Nina was chosen to enter the stage. However, Nina faces competition from another dancer named Lily.

The film tells the romantic love story between four people, namely Dan (Jude Law), Anna (Julia Roberts), Alice (Natalie Portman) and Larry (Clive Owen). The beginning of the story begins when Dan meets Alice by chance. The two then fell in love and lived together.

A year later, Dan met Anna as he was about to release a book he had written. The intensity of communication with Anna made them like each other. Even so, Anna doesn’t want to hurt Alice’s feelings by fighting for Dan.

The story gets complicated when Anna marries a doctor named Larry. And still maintain a secret relationship with him. Until the end, the love affair brings conflict and suffering to each partner.

A young man named Andrew Largeman worked part-time in a big city to earn a living. One day, he received news of his mother’s death and Andrew rushed home for the funeral.

In his hometown, he is reunited with his very kind childhood friend. He met Mark, played by Peter Sarsgaard.

Slowly but surely, he began to pour out all the emotions he had suppressed for so long on Sam. Together with Mark and Sam, Andrew is now able to escape his sadness.

The film tells about the life of the wife of US President John F. Kennedy, named Jacqueline Bouvier Kennedy (Natalie Portman). After her husband was murdered in 1963, First Lady Jackqueline “Jackie” Kennedy became upset and did not think that her husband had passed away.

He also feels deeply hurt and must continue to care for and comfort his child. Jackie is a woman of authority and much respected by the American people.

In addition to dealing with deep grief, she also has to deal with personal issues left behind by her late husband. Jackie begins to plan the division of the estate and tries to bring all the memories from her husband back to their rightful place.

Adele August is a single mother whose big dream is to become a rich person. He has only one child, a beautiful girl named Ann (Natalie Portman). Ann is the only hope that causes Adele to change their lives.

On one occasion, the mother then invited her son to move to the town of Bevery Hills. However, in their new place, their life is not easy. However, Adele forces Ann to enter Beverly Hills High School, a school for rich children.

He hopes that Ann can become a famous artist after entering the school. Their relationship is then filled with feuds, until they are finally able to understand each other.

Brothers tells the story of the relationship between two brothers Sam Cahill and Tommy Cahill. Sam is a US Navy officer, while Tommy is just a man whose life is always causing trouble.

Misfortune befalls Sam while on duty in Afghanistan. He was declared dead because the helicopter he was traveling on crashed and disappeared somewhere. Grace (Natalie Portman), Sam’s wife, is heartbroken over the loss of her husband.

Tommy then tries to replace his brother’s role by taking care of his children. Surprisingly, however, the American soldiers found Sam, and he returned to his family. However, the trauma of war has made him a grumpy and suspicious person.

He also told his wife that they would also pursue him. After hearing this, Jane hid her daughter and went to Dan Frost’s place to ask for help.

And then started teaching Jane various exercises including how to use a gun and shoot it. Feeling trained, Jane and Dan prepare to join the Bishop Boys’ army.

Those are suggestions of Natalie Portman movies that you can watch. From the list of movies that have been summarized, which one is your favorite? If you already have it, don’t forget to check it out.