Among the ranks of the best Thai actors, there is the name Mark Prin Suparat that is said to be worthy of this title. The actor started out as a model, advertising star and video clip model, known as a highly comprehensive and versatile actor.

His career flourished. Furthermore, he also tested his acting skills by starring in several dramas. Since 2010, he is said to have starred in a TV series titled Ngao Ruk Luang Jai. 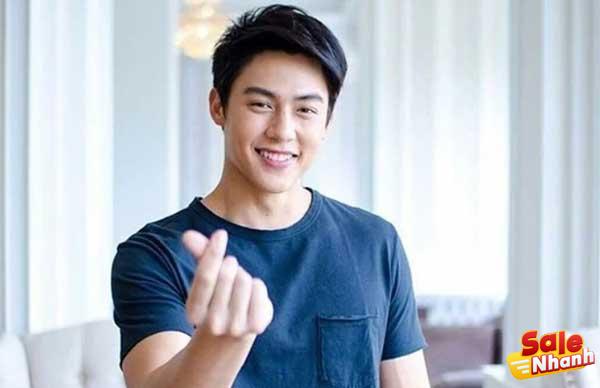 After completing his first drama project, he received many offers to star in other dramas. Throughout his career, there have been many movies and TV shows starring the actor who is also a former judo athlete. This is a television series starring Mark Prin.

My Forever Sunshine tells the story of Paeng (Kao Supassara), a girl who lives alone after her family passes away. He then moves into the house of Arthrit’s (Mark Prin) parents. Mark Prin plays Arthrit who is the only child in a wealthy family.

Arthrit’s father once promised to give his son to Paeng as a token of gratitude when Paeng’s father helped him out of a scam that nearly bankrupted him.

One day Arthrit had an accident that left him paralyzed. Paeng heard about the unfortunate incident that happened to Arthrit. The disaster turned out to be his fault. The rebellious girl regrets what she has done to bring disaster to Arthrit.

Four years on, Paeng reappears and shows remorse by being nice to the Arthrit family. However, Arthrit hated the girl. Paeng, feeling guilty, had to be patient and persuade Arthrit to forgive him.

My Husband in Law

That same year, another TV series by Mark Prin aired. This time he is paired with beautiful actress Mew Nittha Jirayungyurn. My Husband In Law is a movie that many fans of Mark Prin have been waiting for. This time, he plays a child who is forced into an arranged marriage by his parents.

The story goes that Thian (Mark Prin) was proposed by his mother to Muey (Mew Nittha Jirayungyurn). The girl was the daughter of her mother’s late friend. Because Muey’s mother died, the orphan girl was adopted by Thian’s family.

However, despite being together for a long time, Thian is not interested in Muey. On the other hand, Muey also hates the idea of ​​her adoptive mother marrying her to Thian, whom she doesn’t love. In short, both push each other.

However, it seems Cupid did not let the two hate each other for too long. Because of one, two, and many other incidents, Thian and Muey eventually start to secretly like each other.

Kom Faek is a TV series set in the 70s. This drama tells the story of a gang operating in Bangkok. Mark Prin as Gun. He has a best friend, San Ratchasari (Got Jirayu Tantrakul).

Gun and San have different fates. Gun manages to achieve his goal of becoming a cop, while San gets mired in a network of illegal drugs and weapons.

Their friendship was broken after a series of cases related to San’s gang, moreover, San’s father had to go to prison because he was arrested by Gun.

Gun’s relationship with Anchan (Kimberley Anne Woltemas) also becomes complicated because of a misunderstanding between the two.

Rak Nakara is a film adaptation of the novel of the same name by Piyanphan Saklasem. The film is set in Northern Thailand and focuses on the story of Jao Noi Sukkawaong (Mark Prin), a nobleman who falls in love with Man Muang (Natapohn Tameeruks).

Unfortunately, their relationship was not sanctioned by the girl’s stepmother. The stepmother also did everything to separate Jao Noi from Man Muang.

The complicated story between the two was inspired by the story of an aristocrat named Lan Na. How does this story end? See the interesting story first.

After trying out the role of a police officer, Mark Prin previously tried his hand at acting through the role of a lawyer in the TV series Kleeun Cheewit. In the film, Mark Prin plays Sathit. He is paired with Urassaya Sperbund.

Sathit is a stern young lawyer who vows to avenge the death of his fiancé. Then he meets Jeerawat (Urassaya Sperbund), a famous model and actress.

Jeerawat accidentally beats a girl to death, who turns out to be Sathit’s fiancé. Sathit really hates Jeerawat, moreover because Jeerawat’s parents want to cover up the case in exchange for a huge amount of money.

This movie takes a surprisingly unexpected turn. There’s nothing wrong with adding this drama to your binge-watching list.

In this movie, Mark Prin has to solve many mysteries that logic cannot understand. Here, he appears neatly as Krikkathorn, an antiques collector.

It is said that he and Yosita (Patricia Tanchanok Good) have a past together but neither of them realize it. Along with many strange events after discovering the ruins of an ancient city 1000 years old.

The discovery of the mysterious city is said to have something to do with the release of sinister spirits seeking revenge. How will Krikkatorn and Yosita deal with the chaos caused by the evil spirits of the ancient city?

This romantic short film tells the story of a judo athlete who learns to dance. Love Song Love Stories brought Mark Prin to the actress who is now his girlfriend in real life, Kimberley Anne Woltemas.

Mark Prin plays Yu, a judo athlete looking for a studio to practice. He meets C Dane (Kimberley Anne Woltemas), a dancer who dreams of opening her own dance studio. His dream was achieved, but he didn’t have a single student.

C Dane leases part of his studio to Yu. Over time, the two grew closer. They become best friends. When Dane talked about his anxiety about students, Yu took the initiative to register as his student.

What if a judo fighter danced? Follow the interesting story of Yu and C Dane’s journey in the movie Love Song Love Stories Special: Close To My Heartbeats.

The film is set in office life and the boss-subordinate relationship is very interesting to follow. In the TV series titled A Secret Love Online in English, Mark Prin plays Pranont. He is an employee at Awatsaya’s (Ann Thongprasom) company.

Pranont is a new employee at his company. The secret relationship between Awatsaya and Pranont began when he used an online chat platform to observe Pranont. Awatsaya uses the special name Khun Ab Ruk to conceal her true identity.

However, her secret is discovered by Lipda (Peter Corp Dyrendal), her colleague who later promises to help Awatsaya reach Pranont. Unfortunately, this mission made Lipda fall in love.

This love story that begins in a virtual world becomes more complicated when Pribprao (Kimberley Anne Woltemas) pretends to be the real Khun Ab Ruk. Who will Pranont choose?

While alive, Naamrin was a girl raised by Thara (Sinjai Plengpanich). He died from a wild racing accident. However, he did not realize that he was dead.

When Yeeo (Mark Prin) is tasked with cleaning up the accident, he accidentally puts a necklace that turns out to be Naamrin’s in his shirt pocket. Since then Naamrin followed Yeeo.

Yeeo is looking forward to spiritual help. However, the handsome policeman did not necessarily accept Naamrin’s request. Naamrin’s efforts to convince Yeeo were not easy either.

This is a Thai drama that opens Mark Prin’s acting journey. His appearance in this movie was warmly welcomed by fans. Mark Prin lined up to play Techit. He is paired with beautiful actress Mint Nutwara Vongvasana as Khaohom.

Ao Ruk Luan Jai is a drama that tells the story of a love triangle between two cousins ​​from a conglomerate family who both fall in love with the same girl. Khaohom is a girl who grew up in an orphanage.

One day, he meets Techit and Nawa (Nadech Kugimiya) who eventually fall in love with the girl. Techit and Nawa’s journey is certainly not easy, especially when they are cousins ​​from the same family.

Those are the 10 best TV series starring Mark Prin Suparat. Not only possessing an attractive face, Mark Prin Suparat also acts very well. With various roles, he has proven his qualities as a leading actor in Thailand.

Well, aside from the TV series, Mark Prin is known to have starred in a number of Thai films. Among them are The Order (2014), Necromance (2019), Bpop Twilight (2010), and Pachatippatai United (2010). What is your favorite Mark Prin movie and TV series?