The actor from Gimhae, Korea, whose name is Lee Min Ki. He has starred in over 10 dramas and 14 movies, you know! That’s a lot, huh? One of his famous films, Heundae, was also the first disaster-themed movie in Korea.

Lee Min Ki started his acting career in 2005. It’s been a while, hasn’t it? This handsome guy made his first appearance in the drama Be Strong, Geum Soo! broadcast by MBC.

In addition to being an actor, Lee Min Ki also has a melodious voice, you know! He even filled in the soundtrack of the movie he starred in entitled Power of Love feat FreeTEMPO X SHEEAN, The Days I Had With You feat With 3rd Coast and Like Candy 2 in the TV series Love Truly , Frozen Mountain. 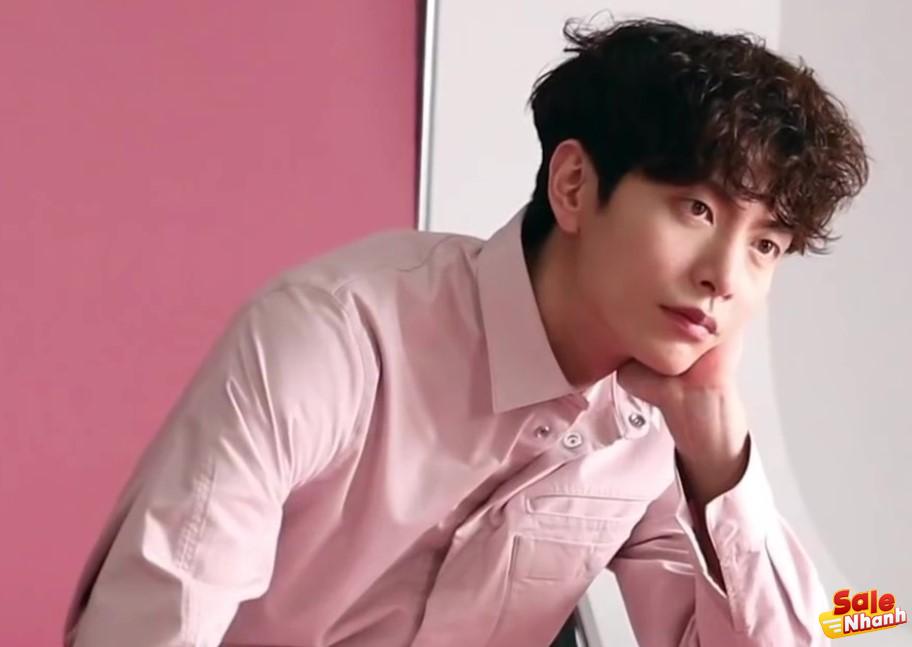 He also contributed vocals to the 2012 drama Shut Up Flower Boy Band, the title song is Oishi Mandan, Not In Love. Not only that, but Lee Min Ki also appeared in 6 music videos, including My Girl and The One, Nell’s The Day Before, and Han So Hyeon’s I’m Sorry.

During about 10 years of work, or more accurately from 2007 to 2017, Lee Min Ki has stopped acting in dramas because he has been busy with many new projects, one of which is his upcoming movie.

During this long hiatus, Lee Min Ki made one appearance on the small screen. He appeared in the drama Shut Up Flower Boy Band in episodes 1 and 2. Want to know and witness with your own eyes how Lee Min Ki acts? The following is the TV series starring Lee Min Ki.

My Liberation Notes tells the story of three brothers who seem bored with life. Everyone works in a different place. However, one thing that makes them equate is that their workplace is quite far from home.

Lee Min Ki, who plays Yeom Chang Hee, is the second child and only son. As the only son, Chang Hee was not given special treatment.

The idea of ​​​​buying a car to make it easier to get home and to work even received a harsh response from his father.

Chang Hee is fed up of the long distance from home to Seoul, and because of that, her love affair has to end. Chang Hee is also worried about reconnecting.

Because This is My First Life

After about 10 years of hiatus from the acting world, Lee Min Ki has returned by starring in a tvN drama. This movie, which has comedic and romantic genres, elevates people’s views on careers, relationships, and marriage.

Along with Jung So Min, Lee Min Ki plays Nam Se Hee, a programmer who is asked by her parents to get married soon. Although he is focusing on saving money to buy a house, he is not thinking about getting married.

One day, he meets Yoon Ji Ho, a woman who works as a writer and has just resigned. Yoon Jin Ho, who is confused as to how to survive, is also 30 years old but does not have a home of his own.

Yoon Ji Ho also entered into a contract marriage with a man her age, other than Nam Se Hee.

The film is based on the 2015 film of the same name, in the genre of fantasy and romance. With the participation of Lee Min Ki, Seo Hyun Jin and Lee Da Hee, the drama that aired at the end of 2018 was broadcast by JTBC. The Beauty Inside tells the love story of a famous actress named Han Se Gye, who always causes trouble and becomes the object of many rumors.

Besides being smart and attractive, it seems that Seo Do Jae also suffers from a sound conversion disorder that makes it difficult for the sufferer to recognize the faces of himself and others.

Meanwhile, Han Se Gye suffers from an identity change disorder. Who would have thought, in the 16-episode drama, the two of them would fall in love despite the same health problems.

tvN’s 16-episode drama is the last drama Lee Min Ki plays before performing his mandatory military service as a public service worker. FYI, Lee Min Ki enlisted in 2014 and was discharged in mid-2016.

Here, Lee Min Ki plays a cameo playing the character Joo Byung Hee in episodes 1 and 2. Joo Byung Hee himself is not classified as the main group, he is just a strict and charismatic leader from other groups. .

Did you know that the drama aired by OCN with a duration of up to 16 episodes is based on a novel by Joo Won Gyu? He is an award-winning novelist and screenwriter. This horror movie is starring Lee Yoo Young and Lee Min Ki.

Based on the story of Kim Seo Hee, a woman who joined the National Assembly. She teams up with a detective named Jo Ta Sik to find her husband who suddenly disappeared after the sudden death of his father who was also a member of the guild.

Jo Tae Sik is a detective known for being quick, enthusiastic, curious, and brave. At first, Jo Tae Sik was very passionate about catching criminals. However, when his life suddenly changes 180°, Jo Tae Sik requests to be transferred to a rural police station.

However, Kim Seo Hee’s case about her father’s death in a car accident caused Jo Tae Sik’s eyes to sparkle again. The self-isolating detective feels that there is something odd about the case that is currently being discussed.

He wanted to settle the case as soon as possible. Kim Seo Hee and Jo Tae Sik also work together to uncover someone’s conspiracy behind Seo Hee’s father’s death.

Evasive Inquiry Agency is Lee Min Ki’s next drama recommendation that you can watch. This 16-episode drama tells the story of three adults who live in the same building and are best friends.

They often spend time in an abandoned room of the investigative agency with the fantasy that they have a lot of money.

Here, Lee Min Ki plays Mu Yeol, a taekwondo instructor who struggles to make a living because not many prospective students enroll in his class.

Mu Yeol fell in love with Eun Jae at first sight. Their first meeting happened when Eun Jae came to ask for help to find a treasure in the form of gold.

Dal Ja’s Spring is one of Lee Min Ki’s dramas that is quite successful with a rating of 17% during its broadcast.

This drama is about the life of a 33-year-old single person named Oh Dal Ja, a successful person. Dal Ja has a perfect relationship with her friends or family, but she is not thinking about marriage.

Dal Ja falls in love with Wee Seon Joo but is betrayed. This woman decides to take revenge by hiring Tae Bong as her boyfriend for three months.

Tae Bong is played by Lee Min Ki, 6 years younger than Dal Ja. At first, their relationship seems good until Dal Ja meets Uhm Ki Joong and falls in love with him.

I Really Really Like You or Love Truly is a romantic comedy starring Lee Min Ki and Eugene.

This 34-episode drama tells the story of a local girl who gets the chance to become a chef at the presidential palace. Yeo Bong Soon is known for being naive and seemingly out of touch with the outside world.

Working at the Blue House causes him to meet Nam Bong Ki played by Lee Min Ki. He is a selfish, shallow, arrogant and lazy presidential bodyguard.

At first, he doesn’t like Bong Soon because he sees her as a whore, but over time, a feeling of love grows in his heart. Unfortunately, Bong Soon fell in love with another man. Those are some of the best dramas and must be watched by fans of Drakor, especially Lee Min Ki. Even though he has won the title of ahjussi, it proves that Lee Min Ki’s acting is as cool as other young actors, right?