For those who have watched the Korean variety show Running Man, the name Lee Kwang-soo is certainly not an unfamiliar name to you. Behind his witty mannerisms on the show, he’s also an actor with above-average acting skills, you know! 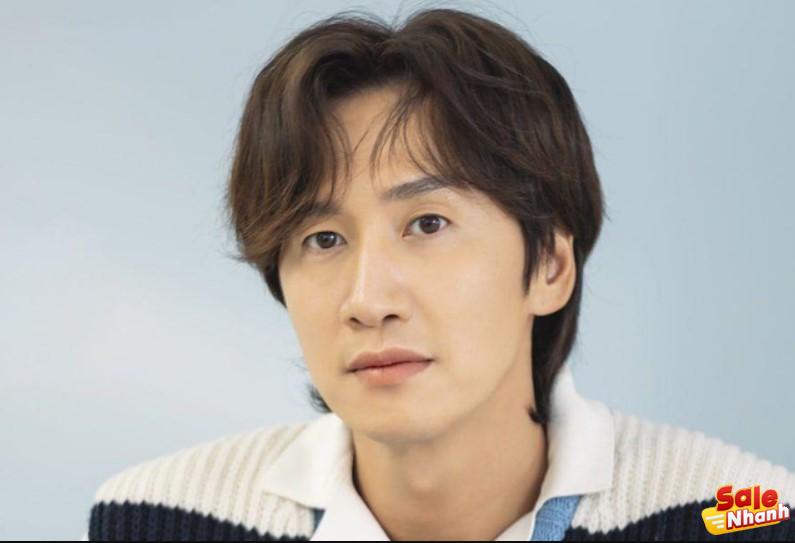 The artist, dubbed the Prince of Asia, has even appeared in a number of TV series and movies. Many dramas have achieved high ratings. Well, for those of you who have never seen Lee Kwang-soo’s acting in dramas and are wondering what to watch, here are 12 suggestions for Lee Kwang-soo’s dramas. suitable for traveling with free time.

This time, Lee Kwang Soo participated in a tvN drama project called Live as the main character. In this drama, A plays Yeom Sang-Soo, a new cop who becomes a symbol of “unfortunately” because almost every case he handles turns into conflict.

Unlike other police-themed dramas that often deal with serious cases like corruption, murder, etc., this drama actually depicts the events that cover the daily lives of the officers. police officers, including the hardships, joys and sorrows they have to go through to uphold justice.

In this psychological drama, Lee Kwang Soo plays Park Soo-kwang. He is a waiter at a coffee shop who suffers from Tourette’s syndrome. He is Hae-Soo and Dong-Min’s roommate, both psychiatrists.

This film received a lot of positive response from the public and changed the public’s view of mental health which is still considered taboo. Additionally, according to an article on the site Soompi, It’s Okay, That’s Love has received a plaque as a form of appreciation from the Korean Association for the Research of Schizophrenia.

The television series titled City Hunter is an action series adapted from a Japanese manga series by Tsukasa Hojo. In this drama, Lee Kwang Soo joins as a supporting actor and he plays Ki Jun, a witty IT specialist working at the Blue House. He is also the working partner of the main character, Yoon Sung (Lee Minho).

The drama, which was broadcast in 2011, tells the story of Lee Yoon Sung, an IT specialist at the Blue House. He is trained by his father’s best friend to fulfill his ambition of taking revenge on the politicians who caused his father’s death.

Unlike previous films, this time Lee Kwang Soo stars in a historical drama, which is Lee Kwang Soo’s first huge drama project. This time he plays Young-Dal, a palace maid and friend of the main character, namely Dong Yi.

This historical drama focuses on the story of Dong Yi, a palace maid. She then receives the trust of King Sok-Jong to be his concubine. She then gave birth to the king’s second child, Yeong Ju, who was also the future king of Joseon.

The drama broadcast by MBC has attracted the public’s attention when reaching ratings from 20% to 30%. In addition, this drama also won a number of prestigious awards at the drama awards ceremonies in Korea.

The Sound of Your Heart is a sitcom adapted from the webtoon of the same name by Jo Suk. This sitcom depicts the daily life of Jo Suk, played by Lee Kwang Soo, and the people around him such as his girlfriend Aebong, younger brother Jo Joon, and his parents.

Through this sitcom, Lee Kwang Soo and co-star Jung So Min received the Best Couple award at the 2016 KBS Entertainment Award. In addition, this sitcom also won the Hot Issue Variety Award at the same awarding event. .

The drama “Innocent Man” tells the story of Lee Ma Roo, a kind and intelligent medical student. He falls in love with his girlfriend Jae Hee, a TV station reporter who dreams of becoming a messenger.

Both were born into a poor family, but they fought hard to make their dreams come true. As their steps are getting closer to their dream, an incident occurs and changes their lives in a dizzying manner.

High Kick through The Roof is a sitcom that depicts the life of Shin Se Kyung and her younger sister Shin Shin Ae who come from a village and work as domestic workers at the family of Lee Sun Jae, a food company owner.

In this sitcom, Kwang Soo plays a character with the same name as himself and Yoo In-Na’s girlfriend. His girlfriend hopes he can become a famous singer with Kwang Soo. But unfortunately, In-Na became famous without Kwang Soo. Even so, Kwang Soo is still a supportive boyfriend.

After more than a year Lee Kwang Soo took a hiatus from acting in dramas, he has returned by becoming the main star in the SBS drama series Puck! Here he plays a loan shark named Jo Joon Man. He was forced to become a loan shark because of the debt left by his ex-wife.

Once, Joon Man collected a debt from a hockey coach at a university. The coach cannot pay his debts unless his team wins the game. Later, Joon Man joins the university’s hockey team to earn money. It turned out that this decision actually brought about many changes in his life.

This is Lee Kwang Soo’s second time acting in a historical drama. Unlike his role in Dong Yi, where he became a servant of the royal family, in the movie Goddess of Fire, he played Prince Imhae.

The film Bachelor’s Vegetable Store (2011) by Lee Kwang Soo is based on the true story of a Korean vegetable businessman named Lee Young Seok.

Kwang Soo is said to be playing a character named Nam Yoo Bong; a lonely successful farmer. He competed in acting with Ji Chang Wook, who was cast as the main character of this drama.

Bachelor’s Vegetable Store (2011) tells the story of a young man named Taeyang who lives with his grandmother and younger sister.

Taeyang often plays in the market with his best friend, Jin Sim. They often pick up leftovers to take home. Taeyang succeeds as a small vegetable trader and hires Nam Yoo Bong and several other “lost boys”.

Bachelor’s Vegetable Store (2011) tells the story of a young man named Taeyang who lives with his grandmother and younger sister.

Taeyang often plays in the market with his best friend, Jin Sim. They often pick up leftovers to take home. Taeyang succeeds as a small vegetable trader and hires Nam Yoo Bong and several other “lost boys”.

Entourage is a television series adapted from an American series that was broadcast by HBO from 2004 to 2011. In this comedy, Lee Kwang Soo plays the character Joon, Young Bin’s cousin. The former idol group member who debuted in the 90s struggled to become famous as an actor.

This is a satirical comedy about the Korean entertainment industry. Entourage tells the story of Cha Young Bin, a rising celebrity in Korea under the auspices of a company led by Kim Eun Gab.

This drama also follows the lives of three friends, who also enjoy a life of luxury because of Cha Young Bin’s popularity.

Lee Kwang Soo’s drama titled Assassin’s Shopping List (2022) is adapted from the novel by Kang Ji Young. A total of 8 episodes, the series follows the pursuit of a mysterious killer acting in the suburbs of Seoul.

The biggest clue was found from a shopping receipt from a supermarket. From there the chase began.

Lee Kwang Soo plays Ahn Dae Sung who is the son of a supermarket owner. He is a man of genius and has impressive memory skills.

Unfortunately, this ability was impaired after a traumatic incident at his mother’s supermarket that occurred when he was 10 years old. Can Ahn Dae Sung catch the killer?

Those are Lee Kwang Soo’s 12 best drama recommendations that can be the solution to help you overcome boredom. Which movie title intrigues you the most? Or what is your favorite Lee Kwang Soo movie?