Starting his career as a member of the idol group MBLAQ, the name Lee Joon must be familiar to some. After his gap as an idol, Lee Joon continued his career as one of the highly anticipated young Korean actors.

The reason is that he regularly appeared as an actor in various TV series, until he became an official cast member of Iris II: New Generation (2013).

The role of Yoon Shi Hyung’s talent and integrity has made Lee Joon fall into the sights of many directors. In early 2022, he made a breakthrough through the TV series Bulgasal: Immortal Soul (2022). 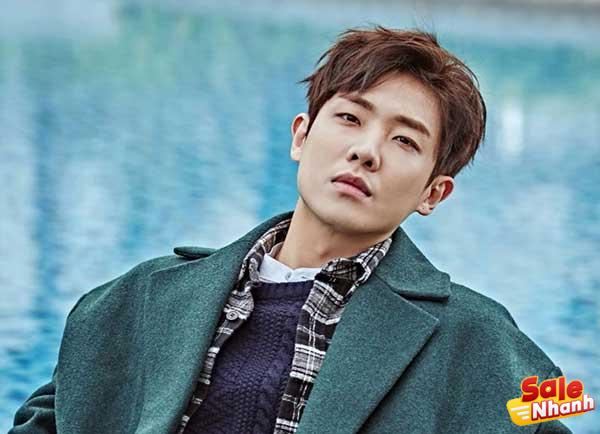 Of course, the first TV series we’ll discuss is Bulgasal: Immortal Souls. This fantasy film by director Jang Young-woo is not only interesting but also moving.

The reason is that this movie is not only about mythical creatures and acts of revenge, but also has a sad story about these bulgasals.

In this drama, Lee Joon will play a bulgasal named Ok Eul Tae. Unlike Dah Hwal, this man enjoys eternal life and various superpowers he has.

Ok Eul Tae has tremendous wealth and power that makes him invincible against humans.

Turning to the drama set in the Joseon period, this time Lee Joon is cast as the male lead in the drama “Blood Heart” (2022).

This movie, made by Yoo Young-eun, will cast Lee Joon and Kang Han Na as a couple. In addition, Lee Joon will play the last crown prince who ascends the throne to become king after his father’s death.

Contrary to his father, King Lee Tae is only selfish and seeks to create an absolute empire.

That is why he never hesitates to take illegal steps, as long as he can achieve his wishes. However, the conflict reached a climax when the queen’s family became entangled in a power struggle with the king. What will be the fate of King Lee Tae in the future?

My Father is Strange

My Father is Strange (2017) became one of the most popular dramas starring Lee Joon. The reason is that after the drama ended, Lee Joon and Jung Soo Min were caught dating, although this love affair had to end a few years later.

The film is about a family where the children never want to acknowledge their biological father.

This time Lee Joon will play a man named Ahn Joong Hee, a celebrity and the biological son of Byun Han Soon.

For smooth acting, he lives with his father and falls in love with a girl who is supposed to be his half-sister.

The Vampire Detective (2016) may not be a hit drama, but the cast’s performance is not to be missed.

The film made by Kim Ga Ram and Lee Seung Hoon was criticized for wasting the actors’ smooth acting. The film tells the story of a private detective who suddenly turns into a vampire.

With her strength, Yoon San successfully solved many cases that happened to her. But the mystery behind his own change, this is still a hard-to-solve secret for Yoo San.

This vampire detective character portrayed by Lee Joon is very beautiful and amazes the audience with his acting.

Gap-dong (2014) is a drama aired on tvN and has attracted the attention of many viewers. In this drama, Lee Joon will compete in acting with Yoon Sang Hyun, Kim Ji Won with senior actor Sung Dong Il.

This movie by Jo Soo-won tells the story of a serial killer mystery in Hwaseong, where this story actually happened in real life.

The character Ryu Tae Oh played by Lee Joon is an inmate with a history of mental illness.

Having an IQ of 150, this man who currently works as a bartender has a very detailed memory. That’s why Ryu Tae Oh tends to be a psychopath and sees Gap-dong as a hero or god in his life.

Woman with a Suitcase

Even though he only had the opportunity to play a supporting role, Lee Joon’s appearance in this drama should not be underestimated.

Woman with a Suitcase (2016) is a drama starring veteran actress Choi Ji Woo. The drama is about his struggle to become a great lawyer, the large suitcase that he always carried around became Cha Geum Joo’s signature.

This time, Lee Joon will play the role of Ma Seok Woo, a young lawyer living in poverty. This man founded his own law firm, but there was rarely a big case where he could show off his skills and make money.

Iris II: New Generation (2013) is really the beginning of Lee Joon’s successful career. Because he started getting recognition, because he played his character well. The film tells the story of a National Security Agency agent against a mysterious organization called Iris.

Because this time he will play a spy named Yoon Shi Hyuk. He was the reserve commander of operations at the NSS command center, in charge of espionage for IRIS.

Heard It Through the Grapevine

Heard It Through the Grapevine (2015) will probably be one of the best dramas starring Lee Joon. The reason is, this film directed by Ahn Pan-seok took home the Baeksang Arts Award for Best Drama.

This drama tells the story of an elite family trying to maintain their good reputation, when their son causes a big problem. Lee Joon himself is classified as the son of a trouble maker named Han In Sang.

Living a rich life, Han In Sang even nourished his girlfriend from an ordinary family. He tries to protect his lover from his parents, who often despise his dignity.

From the list of movies above, have you watched all the movies that have the participation of Lee Joon? The actor is known to be very anti-social but has never failed to attract the hearts of women.

In addition to his acting talent and handsome face, Lee Joon is also known as a very friendly and funny actor.