Jeff Goldblum is an American-born actor that you may know from the movie Jurassic Park. He is an actor who plays many roles, from small roles to leading roles in blockbuster movies. He has also starred in classic Hollywood films that are quite iconic.

Jeff is an actor who has played many different and unique types of characters. The movie Jurassic Park is probably the movie that made him widely known to the public. 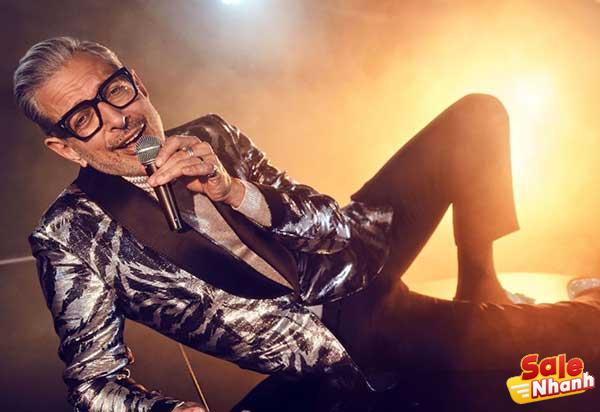 But he has also appeared in a number of other films that you might want to see. The following are suggestions from some of the famous films he has acted in.

Jurassic Park is an adaptation of the novel of the same name by Michael Crichton. The film tells the story of billionaire John Hammond (Richard Attenborough) who plans to build a dinosaur zoo.

He managed to breed dinosaurs whose DNA was stored in blood sucked by mosquitoes.

But trouble begins when the head of security, Nerdy (Wayne Knight), tries to steal dinosaur embryos. He steals by turning off the electric fence causing the dinosaurs to escape.

Thor: Ragnarok is a movie about the great war between Thor (Chris Hemsworth) and the eldest sister Hela (Cate Blanchett).

Hela is locked up by Odin (Anthony Hopkins) for plotting to overthrow his rule. After Odin’s death, Hela was finally freed and declared himself heir to the throne of Asgard.

Thor is thrown from the ice onto the planet Skaar when he and Loki (Tom Hiddleston) are trying to avoid Hela.

Independence Day is a film that tells the story when humans have to fight against an alien invasion. Aliens are trying to dominate the earth after the mother ship reaches Earth.

A scientist named David Levinson (Jeff Goldblum) manages to decode the signals they send. He knows that aliens are planning to destroy humanity.

The President also ordered Levinson to begin a mission to save the earth from an alien invasion. Levinson assigns a marine named Steven Hiller (Will Smith) to handle the presence of alien ships.

The Grand Budapest Hotel is a film about the flashbacks of Zero Moustafa (Tony Revolori) when he was still a boy serving at this hotel.

He confronts his previous owner M. Gustave (Ralph Fiennes) in an attempt to clear his name. M. Gustave is accused of being involved in the mysterious death of his hotel client Madam D (Tilda Swinton).

In The Grand Budapest Hotel Jeff Goldblum plays Deputy Vilmos Kovacs. He is the lawyer managing the inheritance of Mrs. D.

After the death of Mrs. D., there was a dispute over the property of the deceased hotel owner. His family was furious to learn that a valuable painting had been left to M. Gustave.

The film is about a scientist named Seth Brundle (Jeff Goldblum) who is conducting an experiment on teleportation.

Seth meets Veronica Quaife (Geena Davis), a journalist at a fundraising event for her experiment. He then takes Veronica to the lab, where she conducts an experiment.

They finally started to get close to each other. Seth started experimenting using it himself.

Unbeknownst to him, a fly flew into his lab while he was experimenting with himself. The experiment turned out to be gradually turning his body and mind into a fly.

Invasion of The Body Snatchers

The movie Invasion of The Body Snatcher is about extraterrestrials who came to earth after the planet died. This creature came to earth in the form of a pink flower.

This flower is then brought to her home by Elizabeth Driscoll (Brooke Adams). Elizabeth begins to feel a change in her heartless lover.

He also starts talking to Matthew (Donald Sutherland) about the problem. Turns out the change happened to a lot of people.

Matthew and Elizabeth begin the investigation along with their friends Jack (Jeff Goldblum) and Nancy (Veronica Cartwright). Their investigation discovers that the mysterious flower has the ability to double as a person.

Le Week-End is the love story of an elderly couple trying to rekindle the flame of their fading love.

Nick (Jim Broadbent) and Meg Burrows (Lindsay Duncan) enjoy their second honeymoon in Paris to celebrate their thirtieth wedding anniversary. Instead of romantic feelings, their vacation is filled with controversy.

While they are eating at a restaurant, the two meet an old friend of Nick’s from college, Morgan (Jeff Goldblum).

Morgan is now a rich writer, very different from the two of them. Morgan invites them to a dinner party at his house. This opportunity turns out to bring hope to their marriage.

He was able to get into the drug trade so David could trust him. During his disguise, he also has to deal with corrupt policemen and his friends who try to take advantage of the mission he’s on to get a promotion.

The Life Aquatic with Steve Zissou

The Life Aquatic with Steve Zissou is an adventure comedy about the revenge of oceanographer Steve Zissou (Bill Murray).

He wants revenge on a jaguar shark that killed his teammate while making a documentary. He also recruited many people to become crew members on this expedition.

For this mission, Steve even steals a tracking device from his rival, also Alistair oceanographer Hennessey (Jeff Goldblum).

This expedition is an exciting and thrilling adventure. They meet a pirate who kidnapped his crew and are saved by someone who has become his rival.

The Lost World: Jurassic Park is the sequel to the movie Jurassic Park. In this second sequel, Ian Malcolm (Jeff Goldblum) is sent to an island owned by John Hammond (Richard Attenborough).

This island is the billionaire’s dinosaur cloning base. The island’s facilities were abandoned after the storm, so the dinosaurs were released into the wild.

Malcom and the scientists were asked to document the dinosaurs in their natural habitat with the team InGen, Hammond’s bioengineering company.

But it turns out Hammond has another mission for the InGen team. Their mission is really dangerous for the scientists who are asked by Hammond to come to the island to study.

Jurassic World Dominion is the final installment of the Jurassic World trilogy. This Jurassic Word movie tells the story of saving a baby dinosaur and stopping Evil’s plot to rule the world using genetic engineering technology.

The act of evil was carried out by the CEO of the Biosyn Company, namely Lewis Dodgson (Campbell Scott). The story begins with the kidnapping of a girl named Maisie (Isabella Sermon) and a baby dinosaur named Beta by the Biosyns.

The rescue they perform turns into a tense rescue as they still have to fight the dinosaurs.

Thor: Love and Thunder follows the adventures of Thor (Chris Hemsworth) after retirement. He must act again because a god named Gorr sang, the God of Butcher (Christian Bale) wants to destroy the Gods.

To fight Gorr, Thor needs the help of his friends, including his ex-girlfriend, Jane Foster (Natalie Portman).

Thor’s friends who will help him fight Gorr are Korg (Taika Waititi), Valkyrie (Tessa Thompson) and his former lover.

Jane Foster is now a superhero dressed as The Mighty Thor with her hammer Mjolnir. In this Thor movie, Jeff Goldblum will return as the Grandmaster.

Those are some of the movies that have the participation of Jeff Goldblum. Most people probably know him through the character Ian Malcolm in Jurassic Park.

However, he has also acted in other iconic Hollywood films which are very interesting. Jeff is a very talented actor and a very interesting character in each of his films.

Not only that, but he is also known to be an interesting person off camera. Interested in watching movies? Which movie is your favorite?