Eva Green is a French actress and model. Spent her teenage years studying acting at St. Paul Drama School Paris and took classes at the Webber Douglas Academy of Dramatic Art in London. It’s no wonder her ability to play a variety of roles makes her one of the regular names in Hollywood movies. 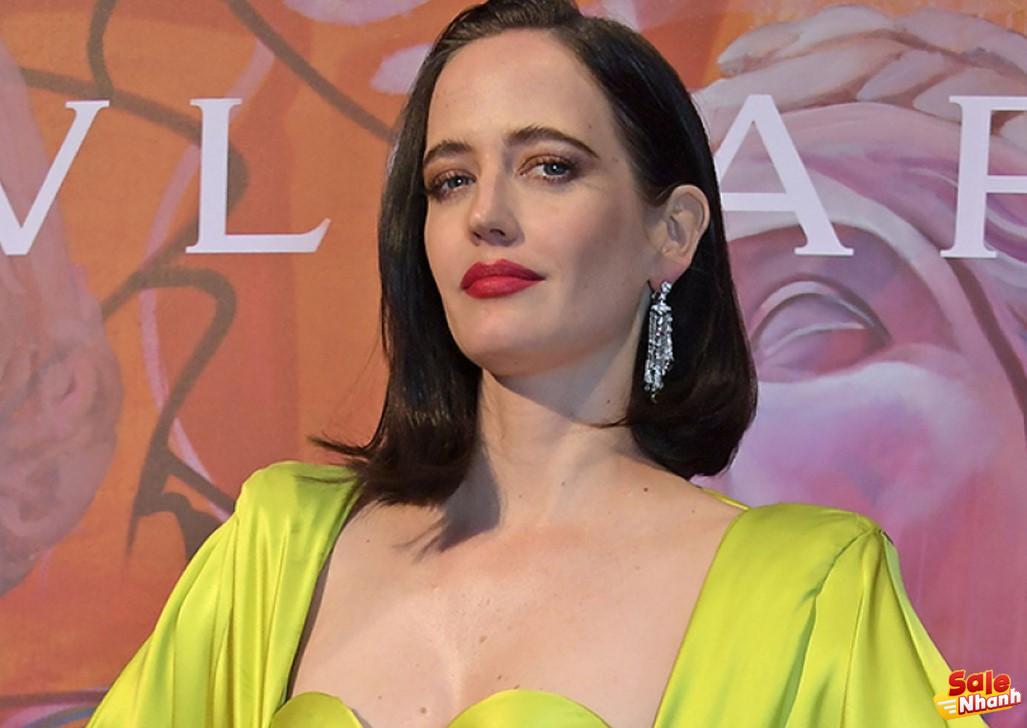 If you’re a fan of the James Bond movies, you probably remember him. In the James Bond films of Daniel Craig’s time, Eva played the most influential female character for James Bond. It is just one of many Eva Green films. Want more? These are 10 films of Eva Green, the French actress on the Hollywood stage.

James Bond is on a mission to hunt down Le Chiffre, a mysterious banker. After going through hardships, he travels to the Bahamas to meet Alex Dimitrios and Solange, who are related to Le Chiffre. Bond then attends a gambling event with high stakes expected to be used for malicious purposes.

Eva Green in Casino Royale as Vesper Lynd. This film is Eva’s second film after she previously appeared as the title character in The Dreamers. For an actress who has only been in one movie, appearing in a movie with Bond is a big step.

Balian is a blacksmith. He was visited by his father, whom he had not seen for a long time, Godfrey. A fight left Godfrey mortally wounded and left his post for Balian. Meanwhile King Baldwin the defender of Jerusalem had died and his power was held by Guy de Lusignan.

The new leadership made Jerusalem even more hot for the Muslims who were participating in the Crusades. Seeing the authoritarian leader, Balian returned to Jerusalem to save his city because of de Lusignan’s actions.

In the movie Kingdom of Heaven, Eva Green played the character Sibylla. His chemistry with Orlando Bloom, who became Balian, received the attention of the audience. Eva is too good at playing a queen who falls in love with a knight.

Sarah is an astronaut who will be on her mission in space for an extended period of time. Meanwhile he already has an eight-year-old child named Stella. She tries to balance work with motherhood. On the other hand, his ex-husband, Thomas, often underestimated his ability as an astronaut.

The character Sarah is played by Eva Green. Eva did a good job as an adult woman who had trouble dividing the focus between being an astronaut and being a mother. Her natural presence in dialogue and mother-daughter building with Zelie Boulant really stole the show. A soothing sight to enjoy with the family.

About 10 years before the Persians arrived in Greece, King Darius was killed by Themistocles. Son, Xerxes is alive. He was given a message by his father not to go back to Greece because it was only for the gods.

Upon returning to Persia, the Persian general, Artemesia, instigated Xerxes to avenge her father’s death. The character Artemesia is played by Eva Green.

Playing the villain doesn’t make Eva look awkward, maybe even angering viewers because of her evil nature. Not to mention the ability to be an influential female general on the battlefield makes her look bad.

Rebecca and Tommy were two children who promised to love each other. After 12 years apart, they meet again. Feeling still in love, they went on vacation together. On the way, Tommy was hit by a bullet and died.

Feeling the loss of the man she loves, Rebecca wants to clone her lover to be born in the womb. Eva Green plays the character Rebecca.

Belonging to the drama genre, this film tells briefly about the love of two lovers but has a conflict complicated by Tommy’s death. Eva’s chemistry with Tommy, played by Matt Smith, looks good together. Interestingly, this film highlights the psychology of a woman who will clone her lover’s DNA.

A plague that can eliminate the ability of the five senses to attack humans. Michael, a chef, meets a woman named Susan at a restaurant. Both were infected with the plague.

Instead, the encounter awakens a love that begins to disappear along with the other humans going insane as they have to live without their senses. The character Susan is played by Eva Green. This romantic drama really shows a different point of view.

Two people who begin to feel hopeless because they’ve actually found love. In other words, the emergence of a romance between an irony and a tragedy can bring a new perspective to the audience.

Kat was faced with a heartbreaking reality when she was just 19 years old. His mother suddenly disappeared and he had to break up with his lover Phil. Kat then continued her studies until she returned home to see her old friends again.

Among the many people he met, he remembered his mother and suspected Phil and his father knew about it. In the movie White Bird in a Blizzard, Eva Green plays the character Eva Connors, the mother of Kat played by Shailene Woodley.

Eva tried to play the role of a mother who is always close to her child despite her own peculiarities. A must-see movie for those who like drama mixed with thriller.

Delphine is a novelist who has just achieved success after her first book was released. He then received several letters from anonymous people alleging that he had revealed his family to the public through his books. Feeling guilty, he had trouble writing.

Delphine meets a woman who claims to be a fan of her work, Elle, who understands her better than anyone else. Eva Green played the character Elle in the film Based on True Story. Eva did a great job portraying the intelligent, calm, and scary Elle character. Especially when the Evas are able to turn an atmosphere that feels normal at first into a creepy one.

Jacoba “Jake” Portman is a reclusive child who must find her grandfather dead while she is babysitting. Grandpa is often confused about the existence of monster form. Curious, he traced his grandfather’s past to Cairnholm, Wales. As a child, his grandfather spent time in Miss Peregrine’s house, which was still full of strange children.

He then departed in 1940, immediately having a friend at Miss Peregrine’s house and even being asked to stay at the time. The problem is that there is a monster named Hollowghast that wants to eat strange children.

Miss Peregrine is played by Eva Green. In this film, she plays the role of a mother and host to strange children with extraordinary abilities. Like Tim Burton’s films, which often have a gothic atmosphere, Eva has managed to integrate very well into her character.

Dumbo is a baby elephant that can fly when given feathers by Milly or Joe Farrier. His father, Holt, was a circus performer who used to handle elephants. Dumbo’s popularity attracted Vandevere and recruited him to perform in his large-scale circus shows. Vandevere wanted to take control of Dumbo and turn him into a mere commodity.

Eva Green in Dumbo as Colette Marchant, a circus performer who jumps from rope to rope. She is also Vandereve’s lover but does not like that her lover uses Dumbo for work purposes. Interesting story, costumes and touching setting are Dumbo’s main strengths.

Through Eva Green’s film reviewed above, you can see her expertise in the field of acting. He has acted in many different genres of movies. Which movies are you interested in? Below that, there is a comment field provided for those of you who want to participate in more reviews.