The news that Chadwick Boseman passed away on August 28, 2020 shook the world. Cause, no one knows that the deceased had colorectal (colon) cancer. Chadwick only told his family, so fans didn’t think about it at all.

As it turned out, Chadwick had been battling cancer for four years. That means when he played his most iconic role, Black Phantom, he fell ill. However, Chadwick continued to act so amazingly that no one noticed that he was seriously ill. 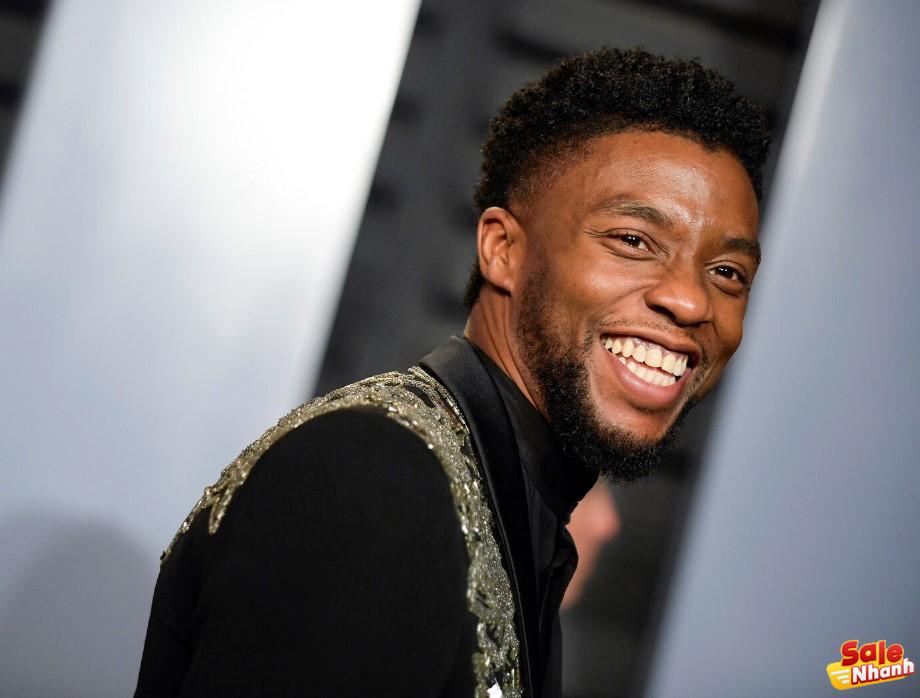 Despite his passing, Chadwick remains an actor who will continue to be respected forever. We can still see Chadwick ‘alive’ through the works he left behind. Here are the 10 most memorable Chadwick Boseman films according to Salenhanh.com

Ma Rainey (Viola Davis) is a practical person, a highly respected blues singer. Reportedly, he was recently signed to a white producer, Mel Sturdyvant (fictional character). Supposedly on July 2, 1927, Ma had a recording session, but only members of the Georgia Jazz Band (Ma’s band) arrived on time.

Ma finally arrived with two members of her family. After a while of internal controversy, the group finally finished recording. Meanwhile, Chadwick Boseman plays Levee Green. He is also a member of the group, but has ambitions to become a solo artist.

When he let Mel perform his original songs, Levee was rejected because ‘there won’t be a market for black people’. Levee also suffered from mental stress and later killed one of his own band members. Meanwhile, Levee’s songs were performed by Mel and performed by an all-white band. This was Chadwick’s last role on the big screen before his death.

The late Chadwick is best suited to play a character in an action movie. In this film, Chadwick plays Andre Davis, a successful NYPD officer like his father, who was murdered in the line of duty when Davis was 13 years old. Davis is an expert at hunting down ‘police killers’, i.e. criminals who intentionally or do not injure or kill police officers.

Once, two criminals tried to steal 30 kg of cocaine, but instead they found 300 kg of cocaine. However, the police came in and they were only able to bring 50 kilograms to Manhattan. On the run, one of the criminals shot and killed the policeman.

Therefore, Andre and drug detective Frankie Burns (Sienna Miller) are sent to join this case. However, they got into a scuffle with the FBI who wanted to take over the case. After tough negotiations, Andre and Frankie finally got the job. The condition is to catch the criminals before 5 am.

Everyone knows Chadwick as the Black Ghost. This superhero movie is a Marvel Comics character and part of the Avengers. The character Black Ghost was first introduced in the film Captain America: Civil War (2016), then got its own movie in 2018.

Chadwick Boseman plays the character T’Challa aka Black Panther. After the death of his father, T’Challa automatically became the reigning king of Wakanda. However, this was opposed by Erik Killmonger alias N’Jadaka, son of T’Challa’s late uncle. Since they both have the right to the throne, T’Challa and N’Jadaka fight.

Actually T’Challa doesn’t really care about the throne. Only, he knew N’Jadaka had bad intentions. In the battle for the throne, N’Jadaka defeated T’Challa. N’Jadaka became king and T’Challa is said to have died from being stabbed and thrown from a waterfall.

Immediately after ascending the throne, N’Jadaka launched his plan, which was to help his people (black people) all over the world by arming them so that they could resist the invasion. oppression that they always have to go through. Actually, N’Jadaka’s goal is good, but the method is not quite right.

Superhero movies and any American movies are usually dominated by white actors. Just look at the other Marvel movies, it’s the same thing, right. Blacks are often just representatives. However, in the movie Black Phanter, there is only one white person, which is Martin Freeman.

Due to the Sokovian War, the government and the United Nations agreed to control the activities of the Avengers. There are teams that agree and disagree. The team members that agree are Iron Man, Black Widow, War Machine, and Vision. While the rest, Captain America and Falcon, believe that the Avengers have their own judgment, and that government intervention will further complicate their actions.

At the Sokovia Treaty conference, a bomb exploded killing King T’Chaka of Wakanda. CCTV footage shows the bomber as Bucky Barnes. Little did they know that Bucky had been brainwashed to become the Winter Soldier again. T’Challa (Chadwick Boseman), son of T’Chaka, vows to kill Barnes.

In Avengers: Infinity War, we learned that Thanos was the main enemy of all the Avengers. Thanos is collecting the Infinity Stones and has obtained the Power Stone. Thanos will wipe out half of the world’s population if he collects all 6 stones. He also obtained five stones and then went to Earth because he was aiming for the last stone, the Mind Stone, in Vision’s head.

Since Vision was in Wakanda to ‘mine’ the Stone without killing it, a fight broke out there. Captain America forms an army with Bucky Barnes, Bruce Banner, who uses the robot Hulkbuster Stark because he cannot transform into the Hulk and Wakanda warriors. Led by T’Challa and Captain America, they also protected Wakanda and Vision from Thanos’ hands.

This is a film inspired by the true story of Thurgood Marshall, the first African-American Supreme Court justice ever. At that time, the issue of race was still very dire. Injustice is common with blacks, so as the only black attorney, Thurgood wants to help with big cases.

His case was an allegation of rape by a black man against his white employer. However, there is blatant discrimination. Marshall was not authorized by the judge to speak during the trial. In the end, Sam Friedman (a white lawyer) handled the case, but still under Marshall’s direction.

Message from the King

Chadwick Boseman plays Jacob King in this film. The thing is, Jacob comes from South Africa to Los Angeles to find his sister, Bianca, who has disappeared without any news. Upon arrival at the Los Angeles airport, Jacob was detained and questioned about his purpose there. He was a suspicious ‘guest’ as he had not booked any accommodation.

Jacob also said that his goal is to go on vacation and will come back in a week. Jacob also escaped. Soon after, he went straight to Bianca’s house. Definitely no trace of your sister. People around said that Bianca was involved in prostitution and was related to one of the mafia there. Jacob’s attempt to find Bianca turns into a terrible adventure.

Love sports movies? The film, titled 42, is a biography of Jackie Robinson. The number 42 is taken from his jersey number 42. The man whose full name is Jack Roosevelt Robinson was the first African American to play in Major League Baseball in 1947. Although he was not was the first black man to play baseball professionally, but it was he who ended 80 years of segregation in America.

Chadwick plays biographies a lot, doesn’t he? Another movie about a musician, Get on Up is a biopic about James Brown, the legendary blues and funk singer, ‘The Godfather of Soul’. Since this is a musical drama, of course there will be singing. Despite using James Brown’s original voice in the singing scene, Chadwick also sings in some scenes in this movie, you know. Chadwick seems to have a good singing talent~

In one of these films, Chadwick doesn’t play the main role, but is still important. The story follows a group of African-American veterans who return to Vietnam 10 years later to find the grave of their former leader, Norman. Well, that’s the character Norman played by Chadwick. Not only searching for Norman’s body, the group calling themselves The Bloods also searched for treasure chests.

Those are the 10 best movies Chadwick Boseman left us with. Still can’t believe that someone as good and talented as Chadwick had to leave sooner. May he rest in peace in his long sleep and that the loved ones he left behind stay strong. We as fans can continue to support his works and also pray for him, yes. What is your favorite Chadwick movie?