Amber Heard is a Texas-born actress and model. She began her career in the entertainment world by starring in several music videos before breaking into the acting world with a brief role in the film Friday Night Lights. Since then, she has gained more and more attention, and her roles in films are no longer supporting roles but becoming main roles.

In addition to being known as an actress, Amber Heard is also known as the ex-wife of one of the famous Hollywood actors, Johnny Depp. Famous couples are often the center of attention. More important, however, are her works. Want to know Amber Heard’s career path? Here are the top 10 movies! 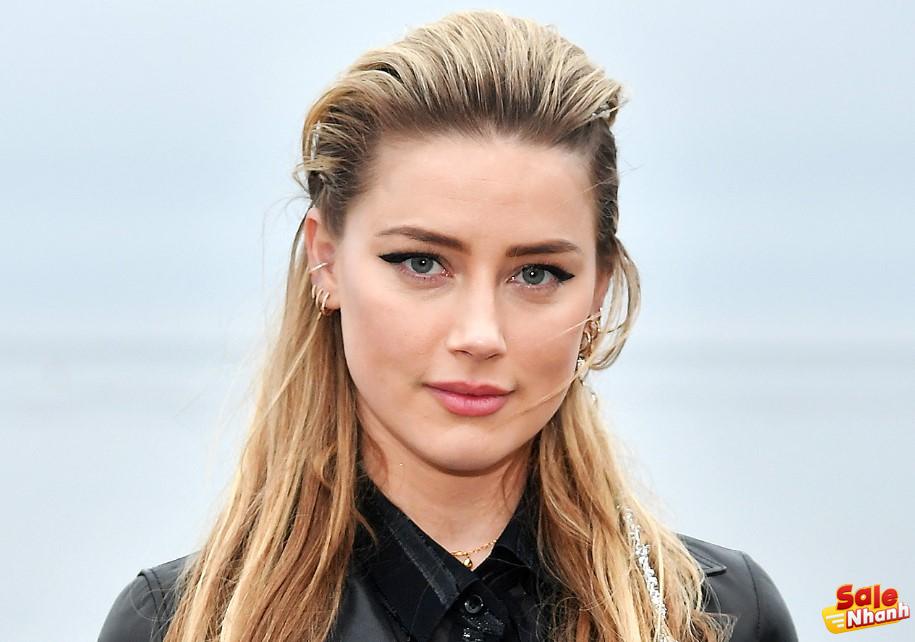 Arthur Curry is a child with mixed blood between land and sea creatures. Since childhood, he did not feel the love of a mother, only Tom Curry was the one to teach him advice and Vulko was the one who taught him how to survive. As he grew older, he began to live a normal life until one day the sea was attacked by Orm, Arthur’s half-brother.

Amber plays Mera, the daughter of King Nereus. From an early age she was prepared by Queen Atlanna to become queen, especially with her watergod and telepathic powers capable of controlling the environment. This movie offers a different superhero story as it is set in the subtly told underwater world.

Jake is a high school student who just transferred to Orlando. He has a bad reputation for fighting in football matches. The only friend who doesn’t mind getting to know him is Baja. Later, Baja invites Jake to a party that turns out to be attended by Baja’s girlfriend, Ryan, an MMA fighter.

Amber plays Baja Miller, a high school student about to graduate. He’s the one who got Jake in trouble with Ryan. Because of often being treated rudely, Baja also turned to Jake. Although the focus is more on Jake, Amber is given more roles as a new actress. It can be said that this film has had a great influence on his career journey.

Adam, an employee of Wyat Corp, was fired. Feeling angry, he vented it out using his company credit card for a party with his friends. The next day, Adam was asked to return the $16,000 he spent partying, or infiltrating Wyat’s rival company and stealing his latest product.

Amber plays Emma Jennings. He had to compete in acting with Liam Hemsworth, who played Adam Cassidy. Emma is the woman Adam met while he was partying with his friends. Emma responds to Adam coldly as she approaches him, but slowly melts and helps Adam in his quest.

Ethan is a CIA agent with cancer. He then goes to Paris to meet his ex-wife, Christine, and their son, Zooey. He tries to build closeness with the people he loves. An incoming call orders him to arrest terrorists in exchange for cancer drugs.

Amber plays the character Zooey Renner, son of Ethan Renner, played by Kevin Costner. As a child away from his father, Zooey felt uncomfortable being around people he deemed more interested in his work. If you like movies with a father-son theme, then this one is for you.

After burning the house, Kristen was admitted to a mental hospital. He claims he is not mentally ill, but he sees and is disturbed by spirits. He saw that a female figure in his friend’s sketchbook had disappeared. It was the woman who turned out to be Alice Hudson, who died and returned for revenge.

Amber plays the character Kristen. This supernatural-themed film mixed with horror has many tense and scary scenes. His acting in this movie is amazing, how he struggles to claim to be healthy but on the other hand he has a history that only Stringer, the doctor at the mental hospital treated him. he knows.

Nicola is a woman who can read the future. Once he tried to read the future himself. He receives a shocking photo that he will be killed by a foreign man. After feeling fear, she ventured into contact with three men to find and try to stop her destiny.

Amber plays Nicola Six. The film is adapted from the novel of the same name by Martin Amis. Amber as the title character comes across quite slick as a woman who’s scared and even willing to be the object of the wishes of the three men she’s dating to know whose life will end. in whose hands.

Mandy Lane is a teenager who becomes a magnet for the boys at her school. Many people approached him but were always rejected. One day, Mandy has a new friend named Red, who invites her to vacation at her family’s ranch on the outskirts of town. Mandy agrees but she still doesn’t know that death is approaching her.

All the Boys Love Mandy Lane is a movie in the genre of murder, a lot of blood and gruesome murder. The added value of this film is about the characteristics that are not as shallow as the usual slasher movies. Amber is considered successful when playing the beautiful, friendly and mysterious Mandy Lane.

Paul Kemp, a local journalist in Puerto Rico, wanted to write about how the city became a tourist gambling haven but was not safe. He meets a businessman, Hal, and his fiancé, Chenault. Kemp gradually developed a liking for Chenault, who was frequently abused by her fiancé. Meanwhile, Kemp’s newspaper went bankrupt.

Amber plays the character Chenault. He had to co-star with Johnny Depp as Paul Kemp and Aaron Eckhart as Hal Sanderson. Here, she emerges as a highly attractive woman who is able to make Kemp like her and even continue to pursue her as far as New York.

Milton lost his daughter and granddaughter, who were kidnapped as offerings to the devil. The culprit is Jonah King, the leader of the cult that Milton is looking for. Along the way, Milton meets Piper, who then helps him fulfill his intention. They are pushed by time because there is a god of death that will send them to hell.

Amber plays Piper, a young woman who recently broke up with her boyfriend. Despite her young age, Piper was a brave woman. He even dared to help Milton, who risked his life. For those who like car chase movies, filled with gunfire and explosions, Drive Angry could be an option.

Steve and Kate Jones live with two children. They’ve just moved into an upscale neighborhood and their lives seem fine, even perfect. They are very good at getting along with their neighbors. Behind it all, the Jones family is a fake family that sells products they use every day.

Amber plays Jess Jones. In this film, Jenn is the one who gets paid to play the role of a teenager. She has a crush on her neighbor, Alex Bayner. This is one of the attractions of this movie, what does Jess have to do when she’s in love while living a lie?

The films starring Amber Heard do not lead to a particular genre. He appeared in dramas, action, even brutal, gore films. So you have many options that you can choose according to your preferences. What movie did you watch first? Don’t forget to leave a review in the comments column already provided.