If we mention the name Zhang Ziyi, we will think of action movies that are being widely broadcast on Vietnamese television. Her performance in Crouching Tiger, Hidden Dragon is one of her best.

The film brought her international fame. However, who would have thought that this beautiful actress in childhood was often sick, making her body thin. 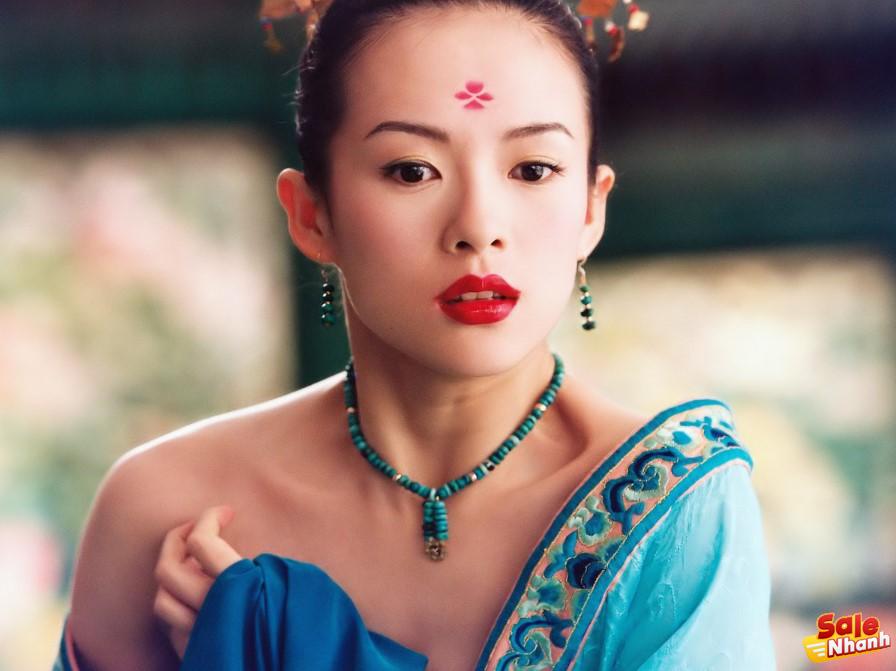 To enhance his physique, his parents took Zhang Ziyi to dance classes. Then, at the age of 11, he entered the Beijing Dance Academy and majored in traditional dance.

Zhang Ziyi only honed his acting talent at the age of 17 at the Central College of Drama in China. Then the door to the art world was wide open. Here are the 10 best movies she’s ever acted in!

This is considered the best film of Zhang Ziyi. Set in the 18th century, there is a swordsman named Li Mu Bai (Chow Yun Fat) who falls in love with security force commander Yu Shu Lien (Michelle Yeoh).

Yu Shu Lien is a leader of the security force. However, their love was extinguished because Thu Lien was already engaged.

One day, Mu Bai decides to retire and passes on his sword to Sir Te (Sihung Lung). While Shu Lien is at Mr. Te’s residence, he gets to know Yu Jen (Zhang Ziyi), the daughter of Governor Yu (Li Fazeng).

At night, Bai’s heirloom sword is stolen. Upon further investigation, the theft was no ordinary theft. There are parties that mastermind certain thefts.

The Road Home tells the story of a girl and a young teacher who fall in love. Luo Changyyu (Zheng Hao) comes to a village to work as a teacher.

Later, he meets Zhao Yi (Zhang Ziyi), who is infatuated with him. Not long after they first met, they started dating.

Unfortunately, the courtship was put to the test when the government asked Luo Changyu to return to the city. However, some have attributed Luo’s retreat to the city due to investigative issues.

Hearing that, Zhang Di was very sad but he was determined to continue waiting for his lover until he lost consciousness and was presumed dead.

Shocked by this news, Luo then fled and went back to the village, but he had to face the consequences for his actions and was punished by the authorities.

The troubled love story between Zhang Di and Luo Changyu is narrated by their son, Luo Yusheng (Sun Honglei).

This action movie, no less compelling than the previous one, is set in China in AD 859, when the Jin dynasty experienced a setback due to numerous corruption cases. and coups from certain groups.

The spy disguised himself as a dancer in the Peony Pavilion. Captain Leo manages to capture a spy named Xiao Mei (Zhang Ziyi).

To find out the location of the House of Flying Dagger’s headquarters, Captain Lee ordered Captain Jin to follow him. It is clear that the mission is to plant the seeds of love in the hearts of both.

The relationship between the two was not smooth because of many obstacles. Furthermore, their lives are being threatened by those who want their lives.

2046 is the sequel to In The Mood For Love. However, this film focuses on Chow Mo Wan (Leung Chiu Wai) with a different plot. The film tells the story of Chow Tinh Chi who has a romantic relationship with Bai Ling (Zhang Ziyi), a pub dancer. Bai Ling falls in love with Chau Tinh Tri, but the man does not value her feelings.

Feeling unable to return Bai Ling’s love, Chow lets her stay away from him. Chow then wrote a novel about the relationship between Jing Wen (Faye Wong) and a young Japanese man played by Takuya Kimura.

Their relationship is opposed by both parents. On closer inspection, the story in the novel is similar to his experience.

Memoirs of A Geisha

Set during World War II, the story of the film revolves around Chiyo (Zhang Ziyi) and her older sister who are recruited to work as maids at a geisha house.

While there, Chiyo is often treated roughly. It’s not uncommon for him to be beaten every time he makes the slightest mistake.

Unable to bear being treated badly by the workers, Chiyo and her brother plan to run away. However, they are captured by agents of Okami, the owner of the Geisha house, and are forced to return to the place.

Growing up, Chiyo was ordered to be the maid of the most beautiful geisha in Japan named Hatsumoto (Gong Loi).

Although his life has not changed, but now he has friends that make him no longer lonely. In addition, she meets a man she falls in love with and hopes to become her Geisha.

Chiyo’s desire to become a geisha is supported by Mameha, Hatsumoto’s rival. Mameha wants to teach him the skills to become a famous Geisha.

However, when Japan entered the war, the way of life of Japanese society changed. The geishas have been released and they have nowhere else to work. Chiyo’s wish to become a Geisha of the man she likes fails.

This movie, starring Zhang Ziyi, is set in the 1930s. At that time, martial arts was flourishing and people were flocking to school.

The area has a martial arts competition that brings together masters from various universities. Participants are not allowed to leave the arena and are not even allowed to eat until the match is over.

During the competition, a man named Ip Man appears, who has extraordinary martial arts abilities. His martial arts skills were so high that the other participants were in awe.

However, in the competition there is a murderous landowner who attracts the martial artist. Ip Man and Gong Er (Zhang Zi Yi) and all the participants are suspected of being involved and must thoroughly solve the case.

The film is about the period of transition and chaos caused by the death of the Emperor of China in the 10th century. After the Emperor’s death, the government power was continued by Li (Ge You), the brother of the Emperor. manage.

Besides ascending the throne to himself as the new Emperor, Li also married the late Emperor’s wife, the Empress (Zhang Ziyi).

The succession of the new emperor created conflict within the Chinese imperial family. Officials are divided into several parties. Many people disagree with Ly and his actions are considered to be lacking in fine customs and traditions because the person who has the right to sit in the Emperor’s chair is Crown Prince Ngo Luan.

In this movie, Zhang Ziyi collided with Jackie Chan and Chris Tucker. Following the success of the first film, Rush Hour 2 tells the story of two detectives James Carter (Chris Tucker) and Lee (Jackie Chan) who are given the opportunity to go on vacation in Hong Kong.

The vacation was a reward for his good work on solving previous cases. When they arrived in Hong Kong, Carter didn’t want to waste time. He immediately threw a party with the beautiful women at the bar.

Meanwhile, Lee is asked to track down the trio as they are responsible for the deaths of two US ambassadors.

Lee’s journey with his mission encounters many challenges. He must be informed of Ricky Tan’s (John Lone) role in the trilogy. In this movie, Zhang Zi Yi plays Hu Li, an agent who is investigating a money laundering case.

Those are some of the best movies starring Zhang Ziyi. Looking at his acting achievements, Zhang Ziyi is indeed an important figure in his generation.

That is why, information and rumors about him are often sought after by the media, but his achievements in the acting world are no less than the rumors about him that spread in the media. media. Zhang Ziyi is still known as one of China’s best actresses and receives much recognition in the Western world.