Another handsome Chinese actor that is currently being talked about a lot is Zhang Chen Xiao. Successfully portrayed the character Dong Fang Xun Feng in the drama Love between fairies and demons (2022).

The image of the Demon King’s sister, who was rebellious and cunning, had turned into a sister who was very loyal and supportive of her brother.

The affection he showed for Dylan Wang made fans fall in love with him. 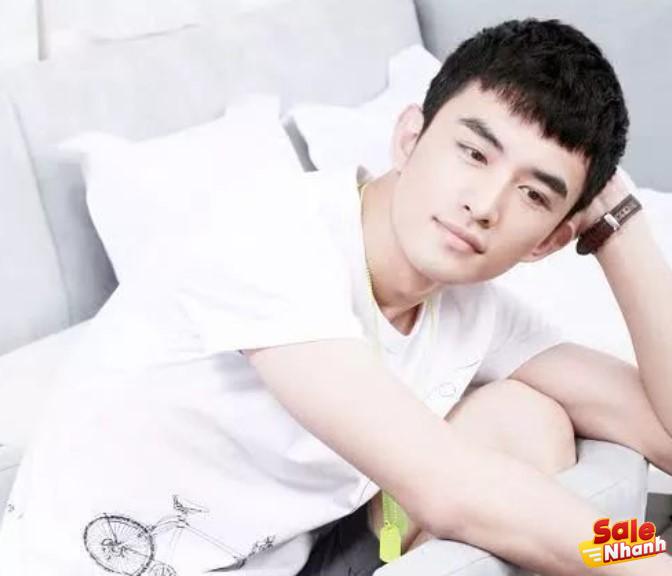 Not only that, but Zhang Chen Xiao’s sweet smile also makes women’s hearts melt when they see him. Despite not having a long career, Zhang Chen Xiao has actually starred in several popular Chinese dramas, you know.

For those of you who are really fans of Zhang Chen Xiao, it seems that you should not miss this article. The reason is, Salenhanh.com will share some recommendations for Chinese dramas starring Zhang Chen Xiao, just below.

Love Between Fairy and Devil

It is undeniable that Love Between Fairies and Demons (2022) is the most successful TV series ever starring Truong Tran Hieu.

In fact, this film can be said to be a stepping stone for Zhang Chen Xiao to step on the path to success in his acting career. Moreover, the fact that this handsome actor only debuted in the Chinese-language entertainment industry in 2021.

Although participating as a supporting actor, it turned out that the character played by Truong Tran Hieu could not be underestimated. The actor will take on the role of Dong Fang Xun Feng, the temporary king of the Moon Clan. He is Dong Fang Qing Cang’s younger brother, but in reality their relationship was never good.

After the death of his father, Tan Phong holds a grudge because his brother killed Moon King. But after learning the truth, Tan Phong finally chose to be loyal to his brother.

He admits his guilt and all his bad deeds while allying with the King of the Sea City. He also helped Dong Fang Qin Cang, who at the time couldn’t afford to kill the Orchid Fairy.

Although he has only just debuted, Zhang Chen Xiao has actually shown his extraordinary acting talent. The actor can really give the impression of a cunning and very cruel man.

The expression on his face can really convey the emotions that Tan Phong is feeling. Not only that, his affection for Dylan Wang is also very good and lovely.

Switching to a more modern film genre, this time Truong Thua Tieu will act in a TV series called My Mermaid Boyfriend (2022).

In this movie, the actor will be ranked as the male lead and compete in acting with a beautiful actress named Esther Chen. Not only that, but Hollis will also liven up the TV series that you can watch on WeTV.

In this movie, they will be entangled in a complicated love triangle but keep the audience suspenseful. This time Zhang Chen Xiao will play the role of Cheng Xi.

This man is Jiang Xioman’s brother, who has a handsome and perfect face. Many women are crazy about him, moreover this man is known for his very sweet and gentle personality.

But for Jiang Xioman, Cheng Xi’s presence in his life troubled him greatly. The reason is, the secret about Mercury, the mermaid who lives with him, can be spread throughout the entire campus.

Being in a predicament, how do you think Jiang Xiaoman will deal with this about Mercury and Cheng Xi?

No Rain for Us Today

Still a film about the theme of youth, this time Truong Thanh Hieu will also appear in a drama titled No Rain For Us Today (2021).

In this film directed by Zou Youyi, the actor will be cast as the main actor along with several other young celebrities. They are Jiang Zhi Nan and Tian Xu Ning that will make the audience enjoy watching the movie.

Zhang Chen Xiao will play the role of Xing Jialiang, who is one of the handsome students with three good friends.

Along with his three friends, Xing Jialiang knows what love and friendship are. They even support each other, towards a brighter tomorrow.

In this movie, Zhang Chen Xiao really caught the attention of fans. The reason is, his handsome face and acting don’t look like a rookie.

Moving on to other comedic dramas, Zhang Chen Xiao is also ranked as one of the actors of the drama titled Who’s Your Daddy? (In 2022).

In this film directed by Song Yang, Zhang Chen Xiao is ranked among the supporting actors. But take it slow, because the screentime it gets is quite a lot, you know.

For Who is your dad? (2022) tells the story of a successful businessman named Chen Bida who encounters a strange incident.

This man wakes up in the body of a high school student named Gao Wen Ming and realizes that there are many unknown secrets. Who would have thought, this man would go back to high school and sit with his biological son, who never knew he existed.

This man is trying to learn about his son’s life, what he likes and doesn’t like. But because of old-fashioned thinking, this sometimes causes various absurd problems that he didn’t expect.

Furthermore, an even bigger problem occurs when Gao Wen Ming actually wakes up in his own body. What do you think will happen?

Stick to the Script!

While Zhang Chen Xiao himself, is only classified as a supporting actor. In this film directed by Lin He Long, he will play a character named Ma Huang or Magic Flute.

Meanwhile, the film itself tells the story of an art student named Wang Xiao Yu. But unknowingly he was drawn into a movie he had seen on television.

There, Wang Xiao Yu met a man named Xiao Tian Yu. While looking for a way to get the two back together, Wang Xiao Yu is forced to follow the script in this drama.

In this drama, Zhang Chen Xiao will play the third person in Zhang Qing and Sue’s relationship. The film tells the life of a woman named Li Nuo Nuo. This woman feels devastated, after being betrayed by her lover.

Therefore, Li Nuo Nuo intends to take revenge and get plastic surgery. Not only that, he also asked for the help of Ding Chen Yu to rekindle his old love. But will this plan work?

These are some of the popular Chinese dramas starring handsome actor Zhang Chen Xiao. Although he has just debuted, Zhang Chen Xiao’s acting ability cannot be underestimated.

In fact, in just one year, he managed to get a lead role in several TV series.