Do you remember the character Situ Mo or Momo in the drama Put Your Head on My Shoulder (2019)? This super sweet character has been played by a young actress named Xing Fei very successfully. The actress, who graduated from the Shanghai Theater Academy, started her career in the Chinese-language entertainment industry in 2015.

Xing Fei name has become more known since starring in the movie Master Devil Do Not Kiss Me (2017) with Ly Hong Nghi. But she began to be known globally through the movie she co-starred with Lin Yichen. Since 2015, Xing Fei has appeared in many dramas. Some of them even became hit TV series in China. 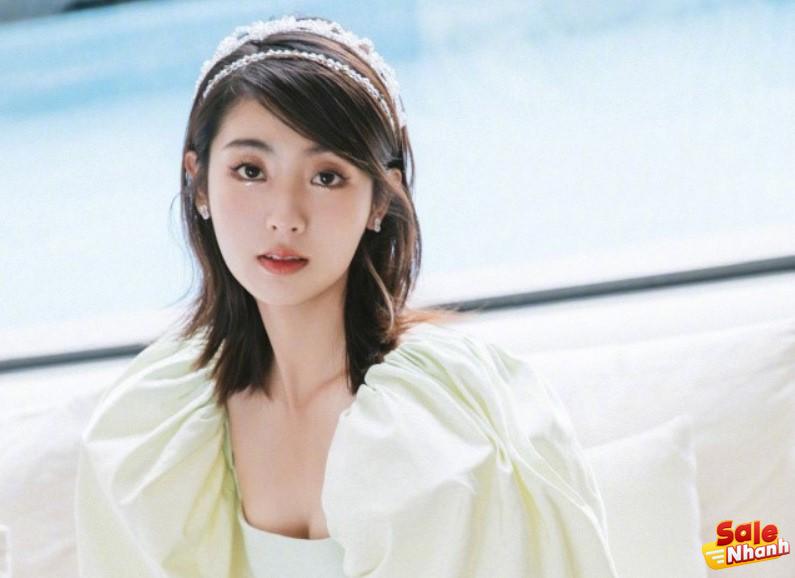 This time Salenhanh will give 10 suggestions on the best dramas in which Xing Fei has starred. Are you curious? Don’t miss out, you can refer to more complete information below.

Put Your Head on My Shoulder

Undeniably, Xing Fei’s appearance in Put Your Head on My Shoulder (2019) is truly iconic. His role as Situ Mo or Mo Mo is really sweet and funny. Moreover, his chemistry with Lin Yi is really romantic. The drama tells the story of Situ Mo (Xing Fei), who tries to follow her dream after graduating from school.

Unfortunately, his dream did not come true, as a result Situ Mo felt very sad and lost hope. That’s when he meets Gu Wei Yi (Lin Yi), a physics genius very different from him. But due to an incident, the two end up living in the same apartment. What do you think will happen to them?

Master Devil Do Not Kiss Me

Master Devil Do Not Kiss Me (2017) became the one who started to make the name Xing Fei known to many people in China. This drama has won high praise, becoming one of the most popular TV series in China in 2017. Moreover, the story is adapted from the famous novel by Jin Xia Mo, it is no surprise. However, when this movie has many fans.

The drama tells the story of a girl named An Chu Xia (Xing Fei), a girl who is now adopted by a wealthy family. This girl got into one of the most prestigious schools. Unfortunately at that school, he instead meets a “Youkai Master” named Han Qi Lu (Li Hong Yi). Their bad relationship causes a lot of trouble, but will either of them start falling in love?

Unlike other Xing Fei dramas, Miss Crow with Mr. Lizard (2021) has a sci-fi twist in this romantic comedy. In addition, Xing Fei’s appearance in this drama has received a lot of praise for his courageous, positive, and cheerful personality.

The film itself follows the life of Jiang Xiao Ning (Xing Fei), a girl who believes she is unlucky. Always admitting failure in life, doesn’t mean this girl gives up on achieving her goals as an architect.

In fact, Jiang Xiao Ning is still very enthusiastic and cheerful, even though she has to work at the place of Gu Chuan (Ren Jia Lun) which is very annoying. This famous anti-social architect always makes life difficult for him, how will Jiang Xiaoning deal with Gu Chuan?

Returning to acting on the screen, the reunion of Xing Fei and Tang Xiao Tian is indeed expected by many fans. That has been proven by the presence of My Little Happiness (2021) which immediately attracted attention.

Moreover, the love story of this doctor and lawyer makes the audience extremely excited. The story is about the reunion of two young friends who have been separated for a long time. But now the situation is very different.

The Moon Brightens For You

As Xing Fei’s first wuxia drama, The Moon Brightens For You (2020) immediately skyrocketed to become the number one drama. The TV series adapted from Ding Mo’s novel not only has a compelling plot, but also features a young and talented cast.

In fact, Xing Fei and Yu Meng Long have received a lot of praise, being a very good looking couple in historical costumes.

The film tells the story of Lin Fang (Yu Meng Long), who comes from a wealthy aristocrat and is considered the most handsome man in Junan.

Until one day, this two-faced player meets Truong Thanh Hong (Xing Fei), an innocent girl and storyteller who dreams of becoming a martial arts expert. Together the two of them go on an adventure to get revenge and restore the glory of martial arts to its former glory.

The next film starring Xing Fei is Miracle Healer (2017). This film takes place when natural disasters and war hit the early days of the Republic of China.

That’s when a kind doctor and his friends help people. They try to destroy the kinds of conspiracies that make ordinary people’s lives tormented. Yang Zi (Zhu Yuan Bing), who has a dragon soul in his body, is forced to join the war against different factions in Shanghai. Later, he falls in love with Mo Xiaoyu (Xing Fei), the daughter of the mayor of Shanghai named Mo Sen.

Unfortunately, this love story is thwarted by the ambition of his uncle, who is so madly in love with a long life that he is willing to do many rotten ways.

Your Highness, The Class Monitor

Having good chemistry, the drama Your Highness, The Class Monitor (2019) has attracted many viewers. This rather successful movie in China co-stars Xing Fei with the boy Niu Jun Feng, who is famous for the movie Love O2O (2016).

The drama tells the story of Su Nian Nian (Xing Fei), who must be ready to take the entrance exam to a district university in order to transfer to a top university.

Unfortunately, the class he attended was filled with useless and problematic people. Furthermore, Gu Xingchen, this man often made him angry by not realizing that they were in love.

However, this college love story has to go through many adultery and third person scandals. Moreover, Gu Xingcheng’s mother really hates him, can this relationship last?

Adapted from the Taiwanese drama The Prince Who Turns into a Frog (2005), this drama, starring Xing Fei and Jin Ze, is a must-see.

Despite making some changes to the story, Forget You Remember Love (2020) is an interesting romantic drama. The love story of an arrogant CEO with an ordinary girl possibly named Ye Qian Yu (Xing Fei).

Sha Jun Hao (Jin Ze) is the CEO of Senwell Corporation, who loses his memory after an accident that nearly killed him.

Fortunately, there is Ye Qian Yu who is willing to take care of him until the seed of love begins to sprout in their hearts. But the harsh reality came when Ye Qian Yu finally discovered that the man she was taking care of was the one who was about to close the Guanmei Inn.

Master Devil Do Not Kiss Me 2

Thanks to the success of the first drama, Master Devil Do Not Kiss Me 2 (2017) has finally been released to satisfy fans’ curiosity. Furthermore, the second season still features Li Hong Yi and Xing Fei as the main character couple.

In fact, the relationship becomes even harder to maintain when a new rival begins to enter their lives. Not to mention An Chu Ha is now busy searching for his true identity. He tries to find his father, whom he has never met. With different problems in this relationship, can An Chu Xia and Han Qi Lu survive and support each other?

Immediately becoming the main character in his first drama, Xing Fei’s acting quality is really worth judging. That’s because his appearance in the sports drama called Campus Basketball Situation (2016) is not inferior to other actors.

All three are known as “The Original Big Three”, who have successfully represented the school in the interscholastic basketball competition. But from here the members of the basketball club learned many important lessons.

They realize that basketball is not for fame. Basketball teaches them not to give up easily, keep fighting relentlessly and improve their talents.

Here are 10 popular dramas starring the beautiful Xing Fei, who made his name as one of the talented young actresses. From the list above, which TV series have you watched? Share your answers in the comments section below.