Besides romantic-themed movies, action movies are also not without fans, including films about swordplay that we will review below. Action movies with the theme of self-defense always have their own charm. The martial arts techniques and the actors’ prowess in performing them are what action movie fans are looking for. 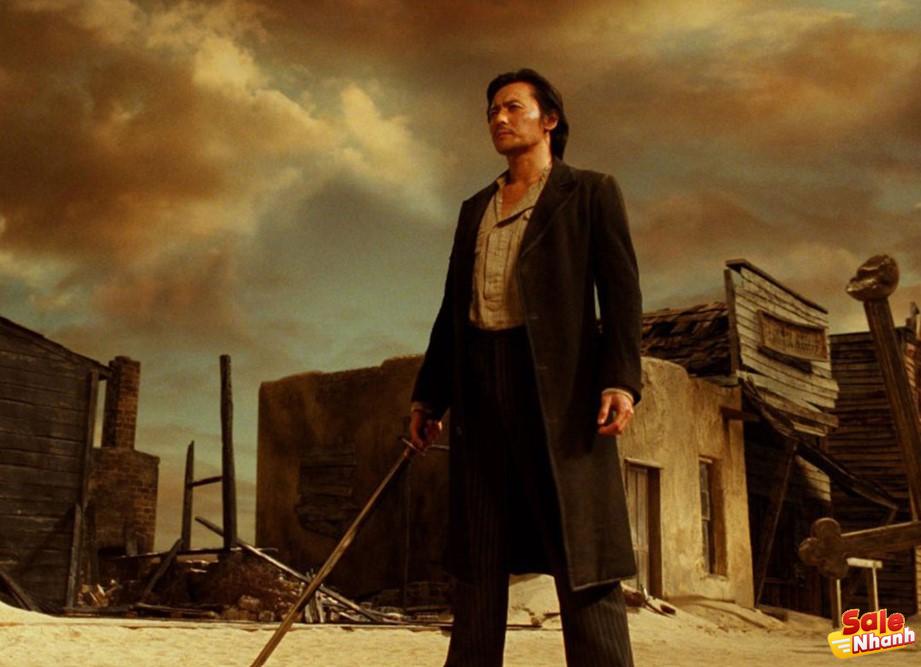 This time we review a series of films about swordsmen with the best martial arts techniques. Well, this series can be a cue for you to enjoy watching over the weekend. So just go through the following information.

The Warrior’s Ways is a South Korean-New Zealand film produced by Barrie Osborne, who also produced The Lord of the Rings. This drama features top actors and actresses from two different countries such as Geoffrey Rush and Jang Dong Gun.

The film focuses on the journey of Yang (Jang Dong Gun), a member of the Sad Flute clan infamous as a vicious assassin. His wish to become the world’s greatest swordsman came true after he defeated the leader of an enemy clan.

These two clans fought to the death. The winner is the one who kills the opponent. And in that fight Yang won the skirmish and finished off the enemy.

The one tasked with finishing off all the enemy hordes. However, he refuses to kill the remaining member of the clan, a baby girl. He did not want to take the life of an innocent child.

Instead of killing him, Yang takes the baby to a dead, abandoned city. Who must protect the baby from an assassination plot by the patriarch forcing him to remove the baby.

The Lord of the Rings

The Lord of the Rings trilogy is one of the films that has achieved resounding success with each release. This fantasy adventure film is directed by Sir Peter Jackson and adapted from the novel of the same name by JRR Tolkie.

This movie is a great production budget masterpiece. About $280 million was spent on the production of the eight-year film.

The Lord of the Rings himself has given rise to a fantasy fairy tale and myth concerning the creation of an unknown continent. The film, made by a native New Zealander director, also highlights the origins of the diversity of creatures and their cultures.

The setting of the location in this movie becomes a force capable of attracting the audience’s curiosity. New Zealand’s stunning landscapes are truly breathtaking.

The fight scene in this movie feels realistic as if it brought the audience to witness a war situation involving many knights with high swordsmanship.

The Swordsman is a film that marks a great achievement in the acting career of Indonesian actor, Joe Taslim. In director Choi Jae Hoon’s film, Joe Taslim competes with big-name Korean actors like Jang Hyuk and others.

The Swordsman depicts the chaotic situation in the days after King Gwanghaegun of Joseon was deposed. Joe Taslim plays the character Gurutai, a member of the Qing Dynasty family, at that time at war with the Ming Dynasty.

In the midst of an increasingly tense situation, Tae Yool (jang Hyuk) was kidnapped by Gurutai’s men, but he managed to escape and disappear.

Then, after a long time without a word, Tae Yool appeared with very high swordsmanship and a sword ready to cut anyone to save the princess.

The next swordplay movie from China. The screenplay for this film was written by Hark Tsui, who also serves as the director. This film is not the first film Jet Li has collaborated with director Hark Tsui.

Previously, the two participated in the sequel project Vuong Phi Hung released in the 1990s. Flying Swords Of Dragon is a remake of the movie Dragon Gate Inn and New Dragon Gate Inn took three years to produce.

The film tells the story of the Ming Dynasty as it is divided into a western zone and an eastern zone, which are inhabited by corrupt government officials and commoners respectively. At that time, a swordsman Zhou Huaian (Jiet Jet Li) met a mysterious female swordsman.

The meeting of the two brought Hoai Lam to the Dragon Gate Inn, a gathering place of great criminals that the royal soldiers must fear. In the story of this film, Hoai An appears as an executioner of corrupt criminals who oppress the people for their own sake.

The Storm Warriors premiered in Hong Kong theaters in December 2009. Storm Warriors is based on the true story of the Japanese invasion known as the Battle of the Dead.

Aaron Kwok and Ekin Cheng play swordsmen Bou Keng Wang and Nip Fung, who seem to have the same goal, which is to fight the ruthless Japanese commander who wants to dominate China.

At that time, the Japanese commander wanted to conquer China by coming up with a strategy of capturing warriors and martial arts experts and making them submit to Japanese rule.

Bou Keng Wang and Nip Fung escaped capture by the Japanese. The two set out a strategy to defeat the cruel and callous Japanese commander.

Blade of the Immortal

When it comes to swordsmen, Japan is the storehouse of these cutting-edge weapons experts. Blade of the Immortal is a film adaptation of the manga by Hiroaki Samurai. The story of the film revolves around Manji (Takuya Himura), an immortal samurai who becomes a child’s bodyguard.

The orphan girl from the orphanage is played by Hana Sugisaki. Rin Asano (Hana Sugisaki) asks Manji to help him get revenge on the Itto-Ryu group that killed his father.

Blade of the Immortal showcases a lot of great swordplay and action. The fiery scenes and agile fighting style are what excites fans of action movies. Get ready to marvel at the actions of the warriors of this Tokugawa era.

Excalibur is a film based on a 15th century Arthurian romance created by Thomas Malory. The title of this movie is taken from the name of the legendary swordsman King Arthur.

King Arthur and his sword are like two inseparable friends. According to legend, the sword Excalibur has magical powers that can help King Arthur rule England.

With this sword, King Arthur defeats his enemies to become the strongest and hard to conquer warrior. It is said that this iconic sword can bring so much power to King Arthur that it brings enemies to their knees.

Amidst the criticism, slanting comments about the movie The Last Samurai, the action, images and player costumes are a plus point that cannot be ruled out. The Last Samurai, starring Tom Cruise, is a delightful sight for connoisseurs of action movies.

This award-nominated film depicts a drunken American soldier who has lost his purpose in life. In this film, Tom Cruise plays Nathan Algren who is hired as a trainer for the Japanese emperor’s army.

These special forces were predicted to help the Japanese emperor wrest power from the rebellious samurai. During an offensive operation, Algren was captured and held captive at the samurai base.

At the suggestion of Katsumoto, one of the samurai, Algren was not killed. He was eventually imprisoned in a samurai mask. Living as a samurai brought his attention to samurai values. He was interested in the philosophy and ethics of samurai warfare.

His interest in samurai values ​​kept him away from the US military. In the end, Algren decided to become a samurai.

The Age of Blood

Unexpectedly, this mission led to a disaster that ended in a fierce battle with rebels who wanted to save Lee In Jwa (Kim Ji Hoon).

The Age of Blood is a saegeuk drama with a historical theme. This film depicts violence and brutal battles that shed a lot of blood.

The Fate of Swordsman

The Faith of Swordman is set in the Tang Dynasty, the Shenlong era, at that time in turmoil. At that time, it was said that there was a great warrior and martial artist who was ordered to protect the prince Li Chong Mao (Huang Tian Qi).

Xie Yun Liu (Chen Si Yu) escorts the prince to Chang’an. On the way, he saw Crown Prince Li Chong Jun and his daughter Li Hua being attacked by someone’s men. Considered their savior, Yun Li is then invited to Emperor Li’s home.

The invitation was meant to be a thank you, but it turned into a plot to assassinate the Ly family of the Ngo family. Yun Liu, who is caught in the middle of the conflict, must try to save herself. Can he survive?

Those are the 10 swordsman movies we recommend to you. Some of the above movie titles are based on true stories that happened in the past. In addition to the historical plot, this action movie showing martial arts using sharp weapons is an interesting thing, especially for those who love the action genre. So, is there any movie that you love the most in the list of movies above that we collect?