In this content, Salenhanh has gathered the best dramas in the history of dramas, belonging to the genre of the most loved and viewed foreign dramas with extremely high IMDb scores as well as good responses. film quality.

If you are looking for a movie for summer days at home against the epidemic, here are the best movie lists for you. 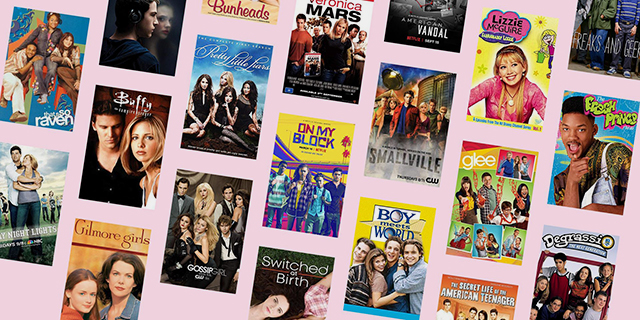 In a world rife with war-torn elemental magic, a young boy awakens to go on a dangerous mystical quest to fulfill his destiny as the Avatar, and bring about peace. for the world.

The series began airing in 2005, ending in 2008 depicting the war between the 4 kingdoms including fire, water, earth and air.

This is one of the movies that most lovers of the detective genre, based on the novel Sherlock, this film was first released as a mini-series in the US and soon received Received positive feedback around the world.

Many people consider this to be one of the best shows they have ever seen, which is enough to show the charm that the Sherlock drama brings.

For those who like pirate movies, the TV series Black Sails will be one of the best choices for you. A great work with the best action sequences and plots.

The series connected audiences with itself within 3 years of its release, still holding its place in the IMDB best drama ranking. Our advice to you is that you should watch Black Sails, the series that is on the list of the best TV shows.

Surely it goes without saying that many people would have guessed that The Walking Dead series would be on the list of the best TV series. It can be said that this is one of the films that has had a great influence from the very beginning and created fear for many people around the world about the zombie pandemic.

If you are looking for a good movie for days at home to avoid the epidemic, then The Walking Dead will be the perfect choice for you.

Lost, is one of the most watched TV series of all time and really took the industry by storm from 2004 to 2010. Lost, the series captivated audiences on screen for 6 seasons and reached gained a huge fan following, it follows the events of a commercial plane flying from Australia to Los Angeles that crashed leaving many of our characters stranded on the island.

Fringe is one of the series in the list of the best TV series ever and has a very important position in the IMDB rankings, is a legendary series that combines science fiction, politics drama and horror.

Starring an agent, a scientist, and the scientist’s son, the legendary series unravels the mysteries of many interconnected events that bring together exciting sci-fi issues. for viewers.

The series that started airing this year has attracted millions of fans despite being new. The film tells the story of an anti-social young man named Elliot, an lawless hacker by night, while working as a cybersecurity guard during the day.

Vikings was inspired by the Viking sagas Ragnar Lothbrok, one of the most famous Norse mythical heroes and notorious for the scourge of England and France. The show depicts Ragnar as a farmer famous for his successful raids into England, and eventually becoming King of Scandinavia, with the support of his family and warriors. In later seasons, the series follows the fortunes of his sons and their adventures in England, Scandinavia, and the Mediterranean.

Drama How I Met Your Mother

How I Met Your Mother is one of the best comedy series and places in IMDN’s best series, a work that spans many years and is loved by more and more audiences with each season.

Lead actor Ted Mosby greets his children in the first episode of the series and begins to talk about how he met their mother… Over the course of nine seasons, everyone’s focus was on Ted Mosby. How did you meet your wife? During this time, various funny and emotional moments are experienced.

Peaky Blinders is a British period crime drama series created by Steven Knight. Set in Birmingham, England, the series follows the Shelby crime family’s exploits in the immediate aftermath of World War I. The fictional family is based on a real-life 19th-century urban youth gang of the same name, active in the city from the 1890s to the early twentieth century.

An infamous gang in Birmingham, England in 1919, is led by the ferocious Tommy Shelby, a crime boss who is making his way in the world no matter the cost.

This thriller chronicles the gripping real-life stories of late 1980s drug lords and law enforcement’s endorsement efforts to confront them in a brutal, bloody conflict. blood. It details the many often conflicting forces — legal, political, police, military and civilian — that clash in an effort to control cocaine, one of the world’s most valuable commodities.

House of Cards, an American political series that began airing in 2013 and has been on the list of the best dramas on IMDB since day one, reflects all the games and rules that take place. power battle to the audience.

The ruthless politician who wants to take over Washington DC has no intention of stopping at all costs. House of Cards considers every episode non-stop as one of the series you should add to your list of the best TV series.

Westworld is a Western science fiction film that takes the idea of ​​​​existence and modern science and technology with the appearance of conscious robots in the Westworld park built to satisfy the need to kill. human rot. Some conscious robots have decided to attack humanity again.

Imagine one day you become a national leader, will you choose to keep your image and accept the princess will be executed by the kidnappers, or will you agree to participate in a love affair? convoluted situation: having sex with a pig on national television to save her life? This is really a twisted situation inside the movie Black Mirror, forcing British Prime Minister Michael Callow (played by Rory Kinnear) to respond in just a few hours.

One of the movies with many different content but still gives viewers a lot of emotions and excitement with Black Mirror.

Supernatural is an American television series by Eric Kripke. The show follows brothers Sam and Dean Winchester, who travel across America in a black 1967 Chevy Impala to investigate and combat paranormal and other unexplained, legend-based events. American urbanism and folklore as well as classic supernatural creatures such as vampires, werewolves, and ghosts.

Better Call Saul reveals the life of Breaking Bad favorite Saul Goodman years before he began representing criminals. The film, starring Bob Odenkirk, tells the story of attorney Jimmy McGill’s entry into the criminal world before Saul Goodman’s identity. The first 4 seasons of Better Call Saul, airing on AMC, also on Netflix. Season 5, to be released in 2020, can be watched on Netflix.

Fargo, which began serialization in 2014, is a 10-episode production run. In the series, which displays narratives based on real-life stories, a new topic is discussed each season. Fargo, critically acclaimed with its first season and even more popular with seasons 2 and 3, is on IMDB’s best TV series list.

The series, which began on January 12, 2014 and ended on March 9, 2014, was enough to wreak havoc on television screens for four months. The story of two detectives, who have been wanting to catch a serial killer for 17 years, let their followers down with the series’ finale. Then he entered the 2nd season with a different theme. In fact, each episode deals with a separate issue. The series, which has only been filmed for 2 seasons so far, has been in the top of the best dramas in a short time and has entered the list of the best dramas on IMDB.

Number 6 on the list of highest rated is a talk show. The famous American comedian John Oliver has gained millions of fans with his show.

The series, which began in the US in 1999, continued to air for eight years and received rave reviews and good reviews for its quality. The theme of the series is based on Tony Soprano’s struggle to balance life, an Italian-American mafia boss in New Jersey.

Another series with the highest ratings in the world is the animated series. The series, which began airing in 2013, includes adventures in which a mad professor drags his grandson. The series continues to evolve in terms of science fiction and comedy. The production, which is getting better and better every day in the IMDB best series ranking, and therefore watched more and more in the world, soon begins to find itself in the major sites that make the list. best knee. Rick and Morty, who is frequently mentioned on the internet, is probably on your list of movies that you should definitely watch.

Another American TV series is The Wire. Although it has been 7 years since the end, this is still one of the series with a fan base. Each season of the series depicts different faces of the city of Baltimore. The series, which deals with various issues such as drug trafficking, lima, city management and bureaucracy, attracts attention with its in-depth analysis of socio-political topics.

Game of Thrones is probably one of the greatest series in TV series history. Episodes of the series, which began airing in 2011, were filmed in six different countries. This proves why the show is so popular. In the series, the struggle of many kingdoms against each other and the war for the throne are wonderfully discussed.

Of course, first place is the series the world is talking about, Breaking Bad. The series started in 2008, which has gained worldwide popularity. The series, which has received dozens of awards in the five years it was published, tells the story of Walter White, a 50-year-old high school chemistry teacher, who begins producing drugs to support his family financially and what has happened. occurs in the next stage. The TV series is definitely one of the must-see series.

Somehow, the story of these six 20 to 30 year old girls remains the one closest to all hearts. An American sitcom, FRIENDS aired on NBC from 1994-2004 spanning ten seasons.

All episodes depict life full of romance, humor, tragedy, humor and every other emotion that is a part of our lives. The stars of this show are the highest rated TV stars of all time.

With many relationships, relationships, and career breakdowns, these 6 characters and their daily coffee encounters are still mesmerizing to this day. Rachel, Monica, Phoebe, Chandler, Ross and Joey; plus many famous Hollywood actors as guests made Friends a very popular show ever