Instead of being a beautiful and graceful female character, Raya as the main character here is shown to have the typical Southeast Asian woman’s tan and a steel soul. The big theme in this animated movie is also very interesting, let ‘s review and review this interesting movie with Salenhanh.com ! 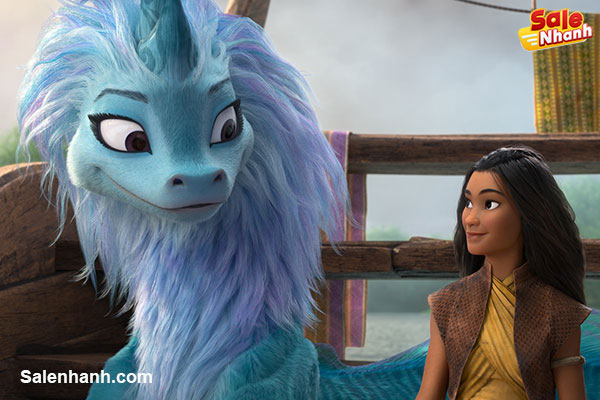 Synopsis of the movie Raya and The Last Dragon

Raya and The Last Dragon is set in Kumandra, a vast area where dragons and humans can live in harmony. However, this harmonious life is disrupted by an evil force that can turn humans and dragons to stone. The last remaining dragons in this great war have finally combined their power in a dragon ball and handed over the power to the smallest dragon to destroy the evil force. 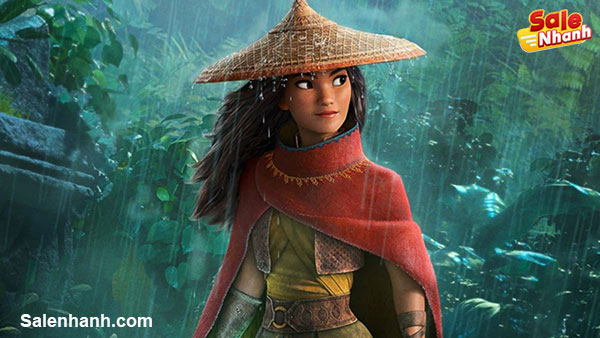 500 years later, Kumandra is no longer a big country. Kumandra is divided into five sub-states named after the parts of the dragon, starting with Talon, Heart, Fang, Spine, and Tail.

The cultural background of Southeast Asia is clearly shown

This movie will make you feel close and connected to the context of the given story, because there are so many elements that you can easily identify. Starting from the name Raya means nature or the universe with the shape of a Southeast Asian woman with dark skin. 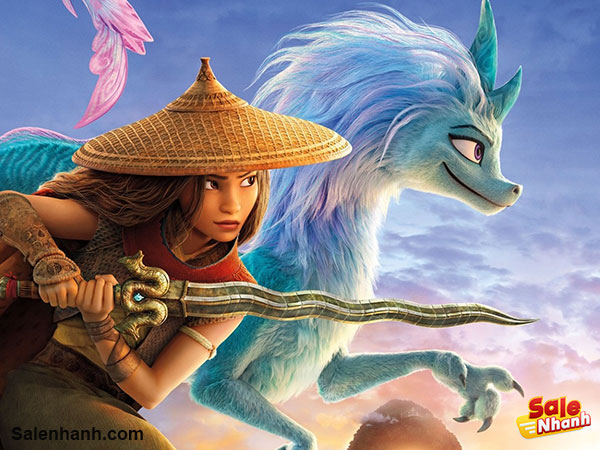 In addition, the characters’ clothes, weapons, attributes, building forms, to the context of the location are all inspired by the cultures of many countries in Southeast Asia. Even the action-colored martial arts in this film are taken from 4 countries: Pencak Silat of Indonesia, Arnis of the Philippines, Muay Thai of Thailand and Wrestling of Vietnam.

The country of Fang (Fangs) in this film can be said to have fully described Indonesian culture. There are many interesting things that represent Indonesia, you know! In the country of Fang, batik is one of the typical cultural features. You can also find the concept of Rumah Gadang used as a palace in this country.

Fang Country is also surrounded by large rivers with hills like a terraced system. Of course, it’s not just Indonesia that sets the scene in this film, neighboring countries such as Thailand, Philippines, Myanmar, Vietnam, Malaysia also take most of this film to deepen the Southeast Asian nuances. 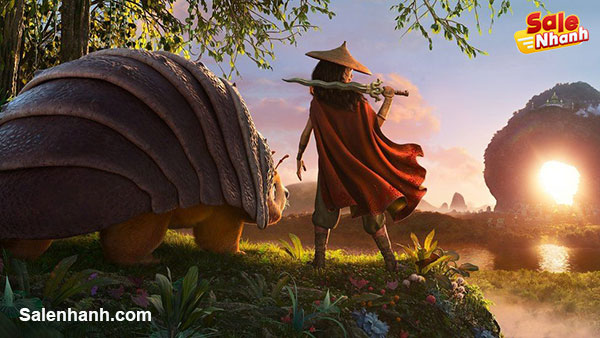 Personal opinion about the movie Raya and The Last Dragon

As a fan of the Disney Princess characters and stories, the animated film Raya and The Last Dragon has an interesting story to follow. In addition to the culturally rich image close to Indonesia and the countries in Southeast Asia, this film also presents an interesting adventure story although still has a plot with the same background as the Disney Princess story. before.

With the main content being the story of a princess who goes on an adventure and struggles to defeat evil and restore peace, Raya is portrayed as a brave woman capable of becoming a leader. good. 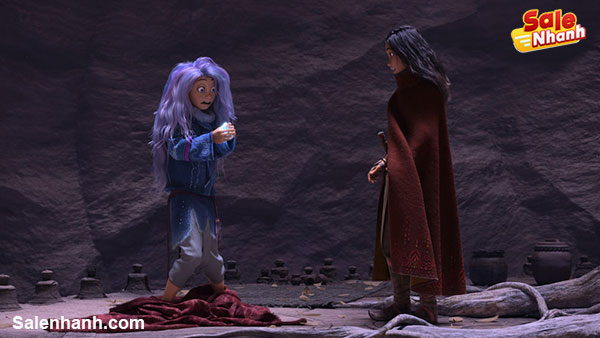 In addition to being eye-pleasing, the film from directors Don Hall and Carlos López Estrada presents a story filled with a moral message. In addition to continuing to portray the main character as a princess with a soul of steel, the moral message of trust is also the main highlight of this animated film.