IZ*ONE: Look Up At Me is a documentary about IZ*ONE’s tour and moments on the path to becoming an idol, a big K-pop star. You must be familiar with this, right? Recently, Vietnam also had a movie SkyTour about the performance of one of the artists with the largest fan base in Vietnam: Son Tung MTP. 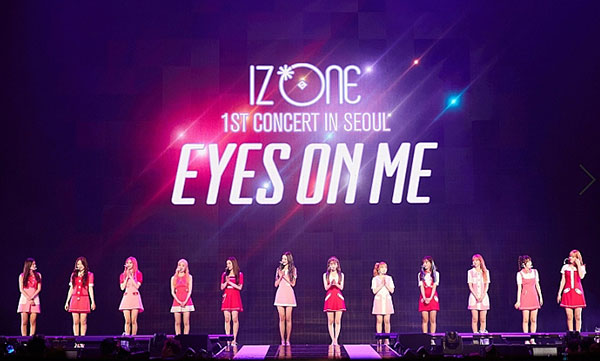 Salenhanh movie review also had the opportunity to watch and leave a few reviews for this interesting movie by Son Tung MTP and I will leave the link at the end of the article for those of you who have not seen it. Returning to IZ * ONE, this documentary was expected to reach fans in November last year and if on schedule, the film will reach theaters in Q1 2020, but due to the pandemic situation, The disease progressed out of control, causing the premiere schedule to be postponed and will officially premiere in theaters on June 26. 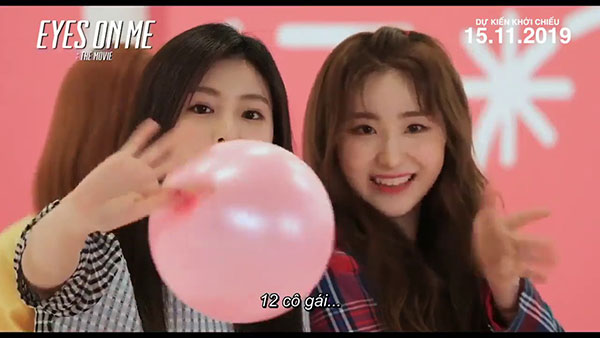 IZ*ONE movie review: Look up at me

If you don’t know, IZ*ONE is a 12-member girl group known from Show Produce 48 and has quickly become one of the most popular names not only in Korea but also in Korea. and around the world. In which, Vietnam is a country with a lot of young people who love a group of talented singers, possessing a good voice, especially an extremely attractive appearance. 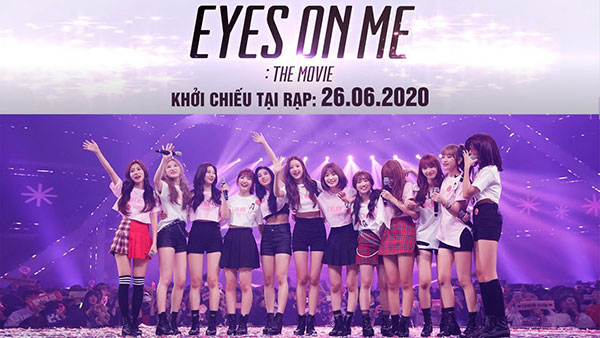 Group IZ * ONE has set a record for debut album sales of Korean girl bands with a sales figure that makes any group artist wish: more than 260,000 copies, ranking 2nd on the chart. ranked and ranked only after Black Pink. The album Bloom*IZ then also broke a record in the market in terms of album sales, which is the best proof for the favorite group IZ*ONE. The biggest turning point that changed them to become one of the most popular groups was the concert “Eyes on me”, which took place in Asian countries (Korea, Japan, Thailand, Hong Kong) …) with the participation of thousands of fans and is also the content of the documentary IZ*ONE: Looking up at me.

In the movie, we will see the hardships of all IZ*ONE members, the efforts and efforts to prepare for their concert, which any fan wants. See never-before-seen photos of their idols. Simult the best. 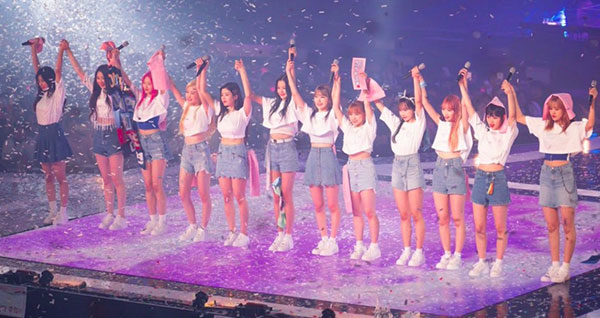 You will be able to return to the best moments of this concert, feel the passion of Wiz*One (fandom name) in many countries as well as listen to the best music of IZ*ONE. The images of the film are also invested very methodically, giving viewers the best emotions. The sound in the theater is also a special point to bring extreme excitement because the cheers and cheers of the fans become too real, making the people sitting in the theater also feel excited.

IZ*ONE movie trailer: Look up at me

The advice for you is to watch movies at time frames and crowded theaters, sitting alone in the theater and watching the audience cheer for your idol will not cleverly bring an experience of being lost like a lost world. turn your back on yourself. Just kidding, if you haven’t seen the movie and you are an IZ*ONE Fan, come to the theater from June 26 to experience the most authentic experience of this interesting documentary.

In addition, if the release date of the movie IZ * ONE has not yet come, don’t worry, you still have a great documentary by one of the most popular singers in Vietnam that I mentioned above: Son Tung MTP with SKYTOUR.